UALR, ASU will meet in final for NCAA bid 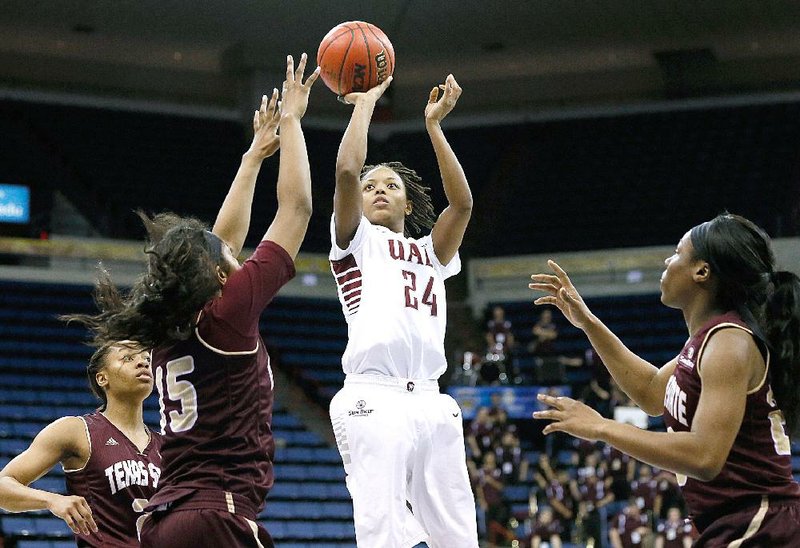 UALR guard Taylor Gault (24) scored 18 points in the Trojans’ 87-44 victory over Texas State in the semifinals of the Sun Belt Tournament on Friday in New Orleans.

NEW ORLEANS — The two best women’s basketball teams in the Sun Belt Conference, led by its two most successful coaches, will finally collide in the conference tournament final. The third meeting of the season between UALR and Arkansas State was realized Friday when both teams won tournament semifinal games. Now the top-seeded Trojans and No. 2 Red Wolves will play with the league’s automatic bid to the NCAA Tournament on the line at 7 p.m. today.

“Most teams get to this point in the season and only have one realistic shot,” ASU Coach Brian Boyer said of his team’s NCAA Tournament chances. “We have, in my opinion, two shots at it. There’s only way to guarantee it.” That would be by winning today’s championship game. But no matter which team wins tonight, the other could earn an at-large berth. UALR (28-4) is No. 32 in the new Ratings Percentage Index, released Friday, according to the NCAA, and ASU (23-9) is No. 47.