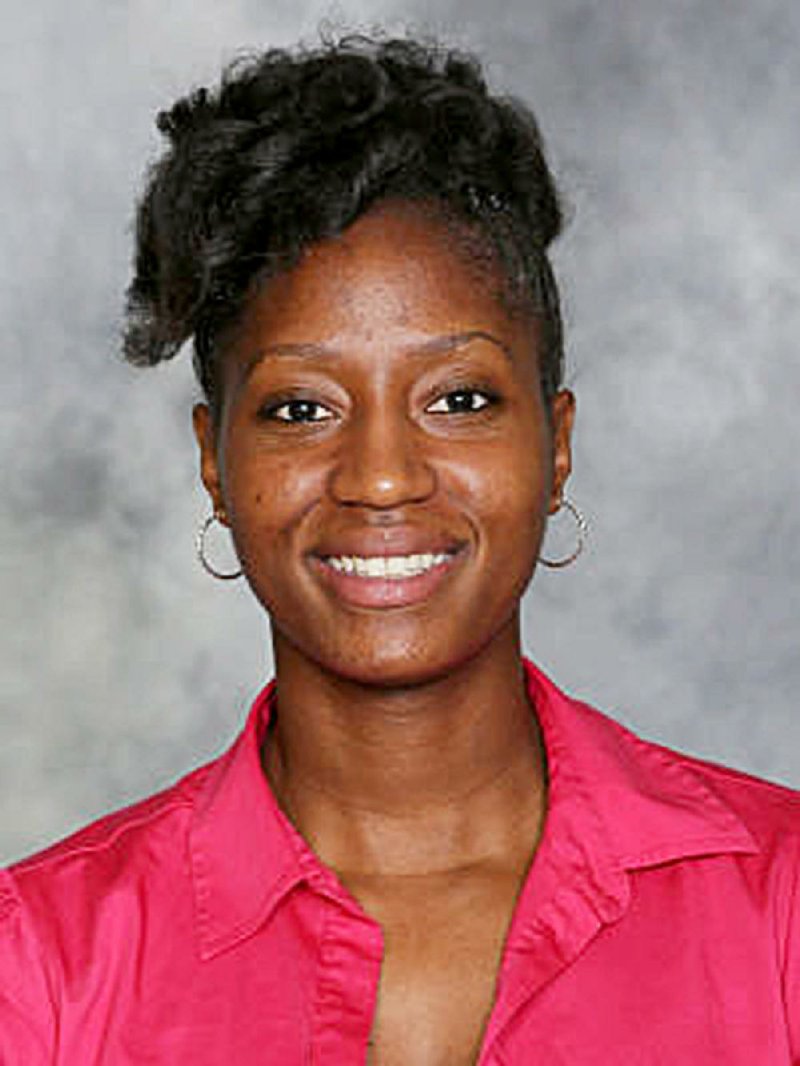 TEMPE, Ariz. -- Kiera Clark walked off the floor of Wells Fargo Arena on Saturday night feeling unlike she had in any game this season.

"I told my teammates, 'Y'all know I'm not used to these kinds of minutes, so I'm kind of tired," Clark said Sunday.

It was a good tired, though, for the senior who spent much of this season wondering if she'll ever get to play as much as she had the previous two seasons.

Clark scored a career-high 22 points and had 11 rebounds in a season-high 38 minutes in 11th-seeded UALR's 69-60 victory over No. 6 Texas A&M on Saturday. When UALR (29-4) plays No. 3 Arizona State (28-5) at 8 p.m. Central today, she likely won't be back in the starting lineup like she was 58 times before this season. But she's in the rotation, and that's enough as she winds down her career.

"I'm just here to do whatever my team needs me to do," Clark said. "Whatever my assignment is, it is."

It's more varied than it was a month or so ago. Clark entered her senior season with more career starts than any UALR player but Taylor Gault. She started the first six games, but was pushed to the bench early in the season.

When she was, her shooting dipped, and it became difficult for Coach Joe Foley to put her back in the lineup. On Jan. 31, she played a career-low four minutes. It was around then that she went to Foley's office to ask what was going wrong.

"Confusion and frustration," Clark said. "I wasn't getting as many minutes as I thought I would. And then I was like 'What am I doing wrong?' He said 'You got to keep shooting the ball and right now it's not falling for you.'"

It seemed to work. Clark has been at her best the past two weeks. She had 13 points in UALR's victory over Arkansas State in the Sun Belt Tournament final, then helped Gault spark the Trojans to an NCAA Tournament victory Saturday.

"Putting Kiera out there has made it super tough for us to guard," Foley said. "When we get her on the floor offensively, we become much harder to guard."

Today won't be the first time UALR has played as a No. 11 seed in the NCAA Tournament on the home floor of a No. 3 seed.

Five years ago, UALR beat No. 6 seed Georgia Tech and then lost to No. 3 Oklahoma in the second round of the tournament. Coach Joe Foley ticked off with relative ease Sunday what hurt his team in that game, saying UALR didn't shoot very well and were bothered by Oklahoma's press.

Oklahoma beat UALR 60-44 on its way to the Final Four.

"Hopefully, we'll handle it a little bit better," Foley said. "If we would have got by that game, there's not telling what we would have done. At least the Sweet 16, maybe the Elite Eight. So I think we're looking at the same situation.

The Arizona State student section has earned some notoriety this year with a ploy to distract opposing teams at the free-throw line.

It's called the "Curtain of Distraction" and it is, quite simply, a curtain hanging on plastic tubing in the student section.

It goes into effect on every free throw the opposing team shoots in the second half, when they're headed toward the basket in front of the student section. As shown on an ESPN report, two students will stand on either side of the curtain, and pull it open to reveal other students dressed in various costumes. Some have been dressed as babies, the Village People or farm animals.

Ka'Nesheia Cobbins said she just learned of it Saturday night while watching a clip of it in her hotel room.

"They'll open a curtain and it's like a clown, and every time they open it it's a different character," Cobbins said ."And we're like 'How do they do that?' The commentators are saying it's something good, or cool, I guess. We're just going to have to block it out."

Turner Thorne said they'll be playing one that operates at a different level tonight against the Trojans.

"They're the best motion team we have played all year long," Turner Thorne said. "Some of that is their personnel. They just have some really good players that at any time can just take you one-on-one and create their own shot and do some really nice things with the basketball."