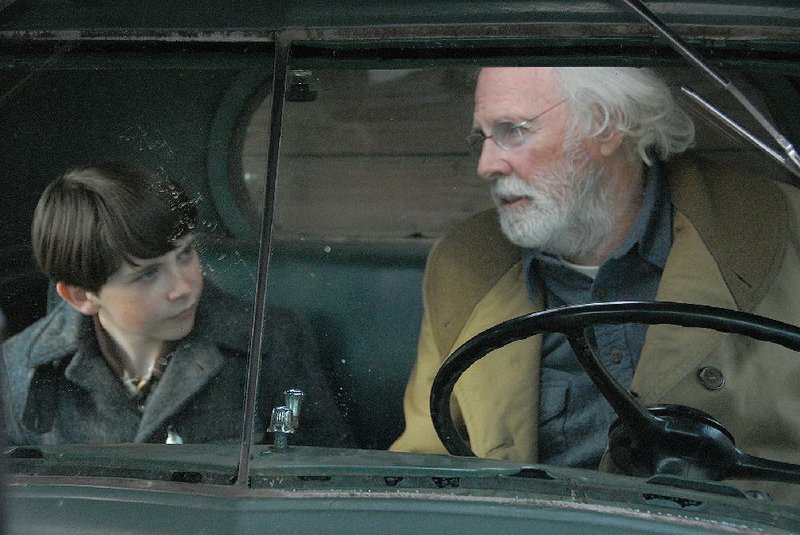 Austin Kittredge (Seamus Davey-Fitzpatrick) is a 10-year-old sent to live with his grouchy grandfather (Bruce Dern) in Jay Craven’s Northern Borders, which will screen at this year’s Ozark Foothills FilmFest.

As is its custom, the 2015 Ozark Foothills FilmFest will be held in two sessions -- one on April 3-4, the other April 10-11. There's a pragmatic reason for this; the festival exists largely for the benefit of the people of Arkansas, most of whom have to work or go to school weekdays. 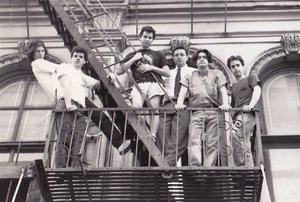 Misfire: The Rise And Fall Of The Shooting Gallery, which tells the story of a group of independent New York filmmakers who founded one of the leading production and distribution companies for art-house films in the early ’90s, will screen at this year’s Ozark Foothills FilmFest.

This is not an industry event like Sundance or Toronto. There won't be thousands of people flying in from California and New York to attend. Most of the people who come to this inexpensive festival -- you can buy a $25 pass that will get you into all the screenings except for April 10's Lonesome with a live orchestra (see below) -- live within 100 miles of its main venue, Independence Hall at the University of Arkansas Community College at Batesville.

No one will sign a distribution deal worth millions at this festival. There will be no paparazzi stalking the parking lot at Josie's. The screenings will not be filled with jaded studio executives who spend more time with the small screens in their hands than with the big ones on the wall.

When Bob and Judy Pest founded the festival in 2002, their objective was simple. They wanted to enrich the cultural opportunities for their neighbors. I'm not sure they would characterize their efforts as missionary in nature; they simply realized that culturally alert people who might support a festival existed in their community and that the festival might in turn generate interest in the arts by bringing movies and moviemakers to town. One of the best things about most film festivals is that they can provide aspiring artists -- not just aspiring filmmakers, but anyone with a dream -- with models. By bringing accomplished human beings to town to show and talk about their movies, you can demystify the process.

It's important to understand that there is really nothing all that special about most people who do important things, that while luck and timing and all sorts of factors play their part, one needn't be part of an established clique or phenomenally talented to do good work. Much can be accomplished through education and the development of practical competence. It is not such a bad thing to realize that you are not so different from people whose work you admire.

(A few years after they got the ball rolling on the festival, the Pests founded the T Tauri Film Festival and Movie Camp for young filmmakers in grades 7-12. A lot of young people who are now working in the Arkansas film community got started in that program, which draws entries from across the country.)

The Ozark Foothills FilmFest has been around long enough for us to take it for granted, and that's a shame. I've been to maybe half the festivals. I've seen a few of the films that will play at this year's festival (and by the time this column runs I expect to have seen a few more) and, as usual, it appears the organizers have assembled a solid lineup. Here's the best of what I've seen:

Misfire: The Rise and Fall of The Shooting Gallery is a documentary by Whitney Ransick about the independent film production-distribution company responsible for such '90s indie films as Nick Gomez' 1992 Laws of Gravity (which was made for $38,000), Billy Bob Thornton's Sling Blade, Croupier and Kenneth Lonergan's You Can Count on Me.

The Shooting Gallery had its roots as an art collective made up primarily of film students at State University of New York at Purchase, a small, wealthy community about 30 miles northeast of Manhattan. Gomez, one of the founding members of The Shooting Gallery, describes the program as a place where "any loose marble could roll in." At first TSG was a small group dedicated to making movies by any means necessary, and it took heroic measures to make sure that Sling Blade was finished.

Ironically, it might have been The Shooting Gallery's moment of greatest triumph, when it sold Sling Blade to Bob and Harvey Weinstein and Miramax for $10 million, that insured its end. Once it became apparent that real money could be made in the business, the company mindset changed and it backed a number of films of dubious quality. It grew from a staff of a dozen core employees to more than 200, and it was eventually acquired by a Canadian mining concern that wanted to diversify into "new media." By 2000, The Shooting Gallery was all but dead.

It should be said that Misfire is a highly personal film, driven at least to some degree by the anger Ransick and his co-producers Bob Gosse and Gil Gilbert (all members of TSG's core team) feel toward those who, in their minds, pushed the company toward more commercial ventures. It's best received as a loving tribute to the spirit of the early '90s, the post-sex, lies & videotape era that saw a boom in independent film. An era when it seemed more things were possible.

Misfire will screen at 8:30 p.m. April 4 at UACCB, with Ransick in attendance.

Woke Up This Morning in the Arkansas Delta is a lively, impressionistic and likely controversial documentary by Kansas City, Mo., maverick filmmaker Benjamin ­Meade that combines talking-head interviews (writer Grif Stockley and Black Oak Arkansas' Jim "Dandy" Mangrum among them), some extraordinary archival footage, first-person travelogue and a remarkably fine soundtrack to produce a controversial look at race and poverty in east Arkansas. The film's Arkansas premiere will be at 3:15 p.m. April 4 at UACCB, with Meade in attendance.

Married for 50 years, the couple have developed an unconventional way of relating. They do not address each other directly, and patient Austin soon becomes their main conduit of communication. Austin's crotchety grandfather, widely considered the meanest man in New England by his neighbors, doesn't hide his contempt for Austin's schoolteacher father, while his grandmother is a dreamy woman obsessed with ancient Egypt.

While the overall effect is mild, Craven is an interesting case study -- he's a regional filmmaker and a professor of film at Marlboro College as well as the founder of the Catamount Arts performing arts program, northern New England's largest independent arts producer and presenter. He has turned five of Mosher's Northern Kingdom novels into movies, all of them set and made in the Northeast, where they're kind of a thing. He'll also be at the festival.

As noted above, the festival will present a screening of Paul Fejos' "lost" 1928 classic, the Coney Island-set Lonesome with live accompaniment by the Doug Talley Symphony on April 10. And one of my favorite short films from last year, Tara Sheffer's 13 Pieces of the Universe, will be screened as part of the "From Around Here" program of Arkansas-set films.

Altogether 28 films will be shown, and 20 filmmakers will be in attendance. More information is at ozarkfoothillsfilmfest.org.