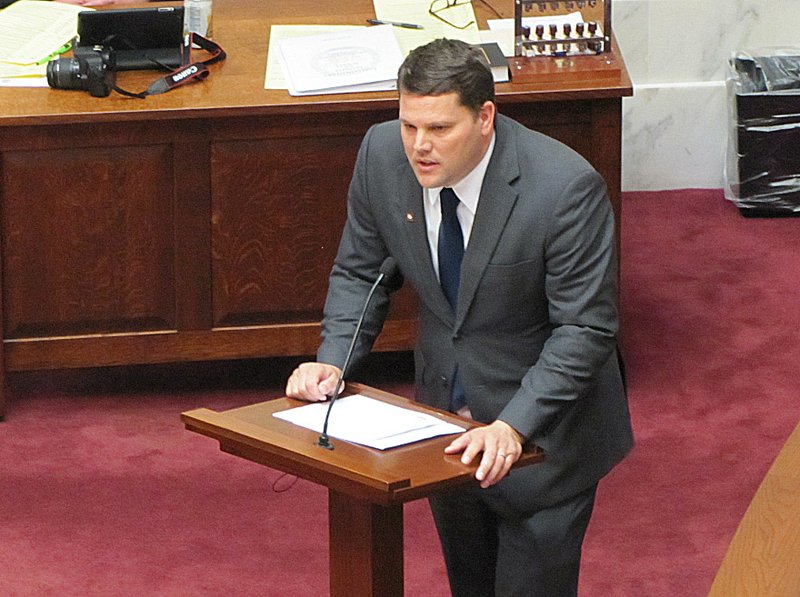 A bill that would strengthen religious freedom protections in Arkansas passed the state Senate on Friday despite two senators changing their votes after supporting it in committee and a gay-rights group warning of economic consequences if it becomes law.

The chamber voted 24-7 to approve House Bill 1228, the Conscience Protection Act, a day after representatives from the Human Rights Campaign spoke out against the bill in Little Rock and called it discriminatory.

HB1228's lead sponsor, state Rep. Bob Ballinger, R-Hindsville, has said the bill will shift Arkansas to a strict scrutiny standard, which makes it more difficult to infringe on religious rights. He told House members when the legislation passed that chamber last month that it would require the government to have compelling interest and for it to take the least restrictive action to regulate a "legitimate, deeply-held religious belief."

Sen. Bart Hester, R-Cave Springs, presented the bill Friday, telling the chamber it is constitutional and that 38 states have similar legislation. He also noted that a law under it can infringe upon religion if there is a compelling government interest. He said a user of illegal drugs couldn't claim he was doing so for religious reasons because the government does have a compelling interest in regulating narcotics, for example.

Elliott read a statement from a citizen she didn't identify calling the measure unconstitutional and suggested it could lead to a business choosing not to serve her teenage nephew because he is gay and the business owner opposes homosexuality on religious grounds.

Johnson said the legislation would create a "huge gray area" and that it has created issues in other places. He said he knew of one case where a similar law allowed a person to violate a noise ordinance because he claimed he was doing so for religious purposes.

"It will employ attorneys for the next decade," Johnson said of the bill. "It's wrong for us to do."

Chesterfield warned that religious freedom "has not always been used in the best way."

Sen. David Burnett, D-Osceola, and Sen. Jeremy Hutchinson, R-Little Rock, also voted against the bill after earlier casting votes for the bill that helped send it out of the Senate Judiciary Committee and onto the full chamber.

"I changed my mind. Period," Burnett said after Friday's vote as reporters questioned his shift, adding that he now believes the bill is "unconstitutional."

Burnett did not expound on his motivation for first supporting the bill.

"I didn't have any original reasons," he told reporters just before the Judiciary Committee was to convene. "I voted it out because I listened in here."

Hutchinson told The Associated Press that he regretted voting for the measure in committee.

"I think there are instances where religious activities are over-regulated, but in my estimation that does not outweigh the chance that somebody uses religion to do what Jesus would not want to be done in his name, which is to discriminate against somebody and offend a brother or sister," Hutchinson said after the vote.

Opponents, including members of the Human Rights Campaign at a news conference Thursday at the Capitol, have said the bill goes further and would allow discrimination.

Chad Griffin, the group's president, urged Gov. Asa Hutchinson to veto the bill if it made it to his desk, noting that companies including Apple and Wal-Mart have expressed concerns about it and warning that it would hurt economic development recruitment efforts.

Hutchinson said Thursday that he intended to sign the bill. It first heads back to the House, where it was passed in February, to consider amendments added on the Senate side.