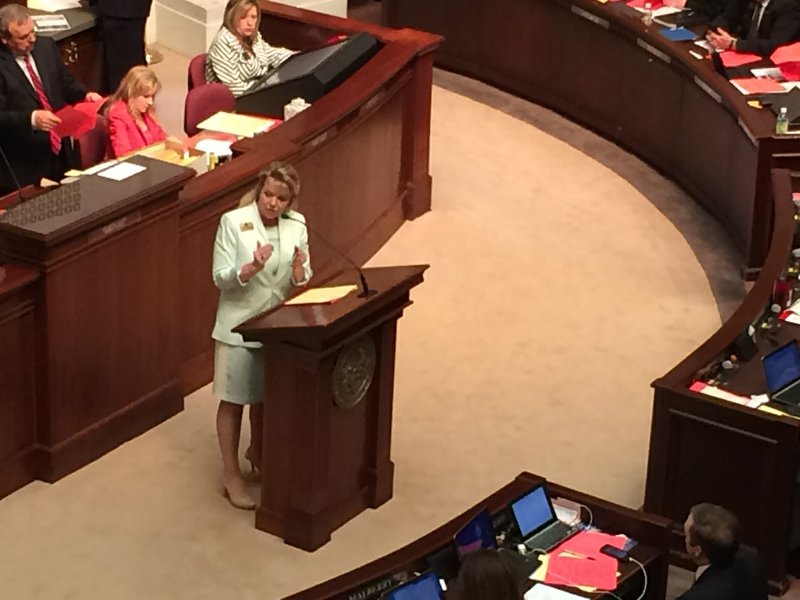 The Arkansas House of Representatives passed a bill Monday that would establish a pilot program to require drug testing of Temporary Assistance for Needy Families Program recipients.

Senate Bill 600, sponsored by Sen. Blake Johnson, R-Corning, establishes the pilot for two years and allows for "suspicion-based" drug screening and testing for applicants who are eligible for assistance.

The bill was amended in the House Public Health, Welfare and Labor Committee last Thursday to allow the Department of Workforce Services to determine the pilot population from the program, the Arkansas Democrat-Gazette previously reported.

Drug tests would be given if applicants are suspected of using drugs, determined by their written responses to questions.

Rep. Robin Lundstrum, R-Springdale, said while presenting the bill that if someone tests positive for drugs who has children in their home, those benefits would be managed by a different person.

The bill states that if a program participant receives a positive drug test result, they are responsible for paying but if they receive a negative result, the state covers the cost.

No representatives spoke for or against the bill.

The bill passed 69-14 and heads back to the Senate for approval on the House amendment.