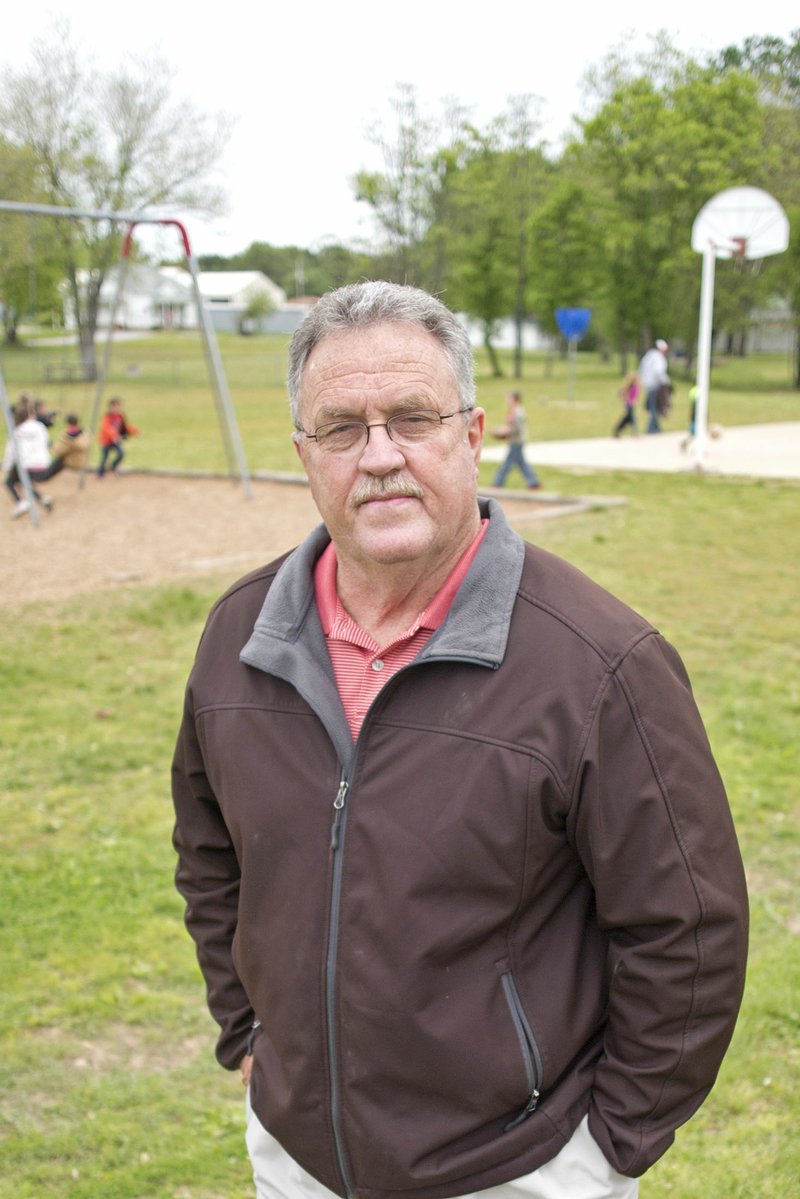 Gerald Cooper said the main thing he will miss about being superintendent of the Melbourne Public School District is interacting with children on a daily basis. Cooper’s new job will be director of the Northcentral Arkansas Education Service Cooperative, which supports 17 school districts in the area. ( Angela Spencer)

Gerald Cooper has been with the Melbourne Public School District for the majority of his life, first as a student, then as a professional, working up the ranks to principal and, eventually, superintendent. Throughout his career as an educator, he said he has firmly believed growth happens when someone gets out of his or her comfort zone, and with that in mind, he will leave the school district to take on a new job in July.

“Anytime you progress, you go out of your comfort zone,” he said. “And I think you have to push yourself out of that comfort zone. Basically, anything you do that you’re not used to doing will get you out of the comfort zone, but I think over time, when you see you’ve been successful, it gives you the confidence and the courage to keep pressing further.”

After handing out the diplomas to the class of 2015, Cooper will hand off his job as superintendent and take up a new job as director of the Northcentral Arkansas Education Service Cooperative, which supports 17 school districts throughout Fulton, Baxter, Sharp, Independence, Cleburne, Izard and Stone counties.

“I look forward to that challenge, but at the same time, there’s always a sadness when you leave a job you’ve enjoyed doing,” he said.

Cooper’s roots run deep in Melbourne. He said his family has been in the area since the 1840s.

“There are a lot of Coopers in this area, and I think they all came from the same family,” he said. “I guess you could say my roots are fairly grounded.”

As the youngest of seven children, Cooper said, he grew up with a variety of generational perspectives. When he was born, his parents were 47 years old and his oldest sister was 26. He said he learned to see things not only from his own viewpoint as a child, but also from the older-generation viewpoints held by his parents and those of his siblings and friends’ parents as well.

“I think that always gave me a different perspective on things,” he said.

Cooper started at the Melbourne Public School District in 1961 as a first-grader and graduated from Melbourne High School in 1973.

Growing up, Cooper said, he never really thought about returning to the school district for his career. He wanted to be a forest ranger, even though he admits he wasn’t quite sure what that meant.

“My dad and his brothers were all in the forestry business,” he said. “I think you tend to gravitate toward things you know a little bit about. … What I originally wanted to do — forest ranger — at that particular time in life, I don’t think I knew what that entailed, but I knew I wanted to be outside in the woods.”

Even though Cooper was leaning toward teaching when he was in college, he did spend 10 years in forestry buying architectural materials for bridges and railroad ties. After he closed that chapter of his life, Cooper started teaching in Calico Rock. He was a teacher for six years, then returned to his home district as principal of Melbourne High School.

“When I started here as principal, a lot of the teachers had been my teachers when I was a student,” he said. “That’s an unusual dynamic to try to supervise people who were your teachers. Fortunately, they were all good teachers, and they didn’t really need any supervision. They knew more about it than I did, in reality.”

Cooper was Melbourne High School’s principal for eight years before he took the district’s superintendent job, which he has held for 14 years.

In that time, Cooper said, he learned a lot about how a school district needs to work with the community. When the community has a sense of ownership about the schools, he said, the people are more

willing to support the district. In a tight-knit community like Melbourne, Cooper could gauge the community’s attitude toward the district through conversations.

“Several years ago, we were leaving church, and there was an elderly lady on a walker who was struggling to get out in front of me,” Cooper said. “It was October — about the time the taxes are paid — and she asked me, ‘Well, did you see where I paid my taxes?’ Of course I fudged a little bit because we don’t see individuals’ names, but I said, ‘Yes, ma’am, I did. We really appreciate that.’ She told me she really needed a new clothes dryer because it was hard for her with the walker to get out and hang up her clothes, but she said she knew the kids needed [the money] more.

“When you think of somebody happy to sacrifice to pay her taxes instead of buying a clothes dryer, if that doesn’t get your attention and make you spend money wisely, there’s a problem.”

Even with the support of many people behind him, Cooper said, he has sometimes made friction when it comes to district business. It’s all part of the job, he said.

In his 14 years as superintendent, Cooper has seen a lot of progress, along with a fair share of controversy. In his first year as superintendent, the old Mount Pleasant School District merged with the Melbourne Public School District. He said he had to quickly learn to navigate the situation to make sure everything was done properly while he worked with the two communities.

While he is excited to move on to his new job, Cooper said, it is always a little bittersweet to move up the ladder because it takes him farther away from the classroom.

“I think that’s what I miss because I really think being around kids on a daily basis keeps your mind more active,” he said. “Not only are there serious moments with kids, but they’re also entertaining. Even more than that, seeing those kids who you can give a pat on the back and a little encouragement — and then they do better just to show you they can — I think that’s something I’ll miss.”