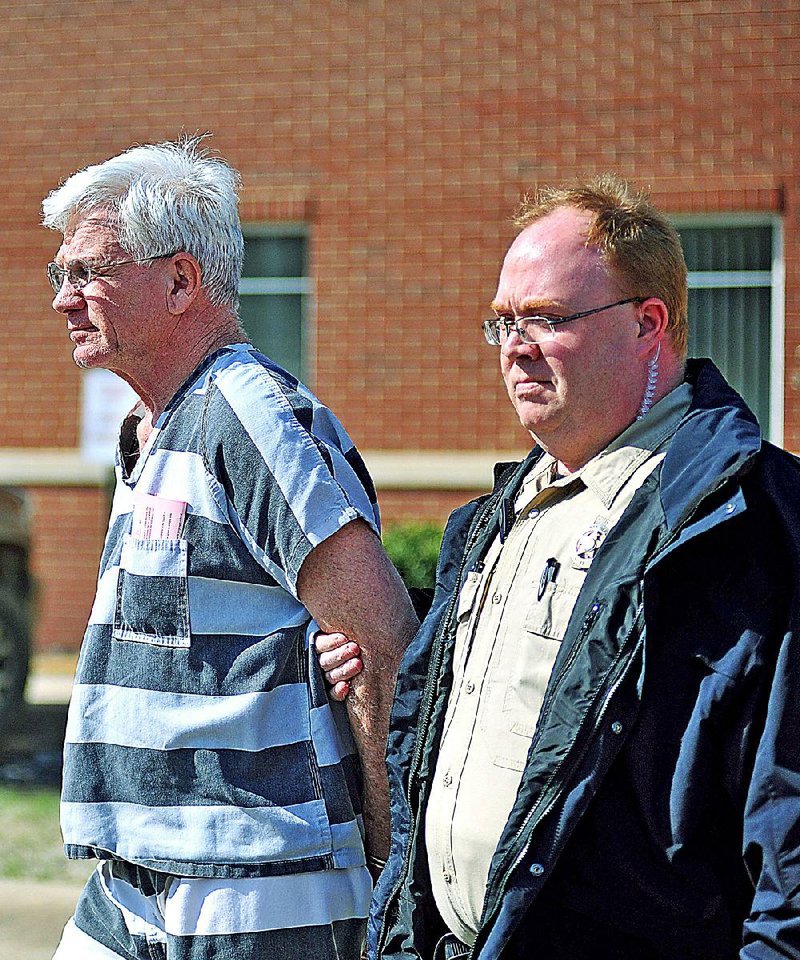 A former Paragould women's doctor pleaded guilty to four counts of video voyeurism Wednesday -- admitting to photographing women during examinations at his clinic -- and was sentenced to three years in prison.

Paul Becton, 69, the former owner of Becton Women's Clinic, was arrested April 16, 2014, after a woman accused him of taking her picture without consent during an exam April 1, 2014.

"It's a sad situation," Ellington said of Wednesday's plea. "He violated the trust of the victims. This is a good result of justice for the community."

Circuit Judge Barbara Halsey sentenced Becton to three years in the Arkansas Department of Correction and ordered him to register as a sex offender upon his release.

Curtis Hitt, a Paragould defense attorney who represented Becton, said he discouraged the doctor from entering the plea and had hoped for a trial. Hitt said Becton's actions were the result of grief he suffered after his wife of 30 years, Melissa Becton, died of brain cancer.

"He threw himself into his job," Hitt said. "He was doing the work of three people and working 100 hours a week. He was moving from the frying pan into the fire.

"Dr. Becton felt the burden of guilt and wanted the trial to be over."

Hitt said there were several "misconceptions" about Becton's arrest and case, and he had planned to ask for a change of venue for the trial before Becton's plea.

Becton was arrested at a Newport motel after state police investigators tracked his location by his cellphone. Hitt said Wednesday that Becton traveled to Little Rock earlier that week and was not aware that he was wanted by authorities. When he learned of the warrant issued against him, he returned to northeast Arkansas.

"He wasn't fleeing," the attorney said. "He was coming back."

Hitt said Becton chose to stay in the Newport hotel rather than return home that night to avoid being arrested. He planned to surrender to authorities the next morning, Hitt said.

Police confiscated Becton's cellphone after a woman told them that she saw in the reflection of a glass frame in Becton's examination room that Becton was taking pictures of her. The woman, who filed a civil lawsuit against him, said that when she turned around, Becton quickly put his phone in his pocket.

A second woman later filed a civil suit against Becton.

After his arrest, three other women also said he shot photographs of them during examinations.

The state Medical Board issued an emergency order of suspension of Becton's license after his initial court appearance in Paragould on April 19, 2014, and then later revoked the license. According to the board, Becton first received his medical license March 30, 1980.

He had owned Becton Women's Clinic in Paragould since 2007. He also worked at the Rogers Clinic for Women from 1984-92 and at Pinnacle Women's Healthcare Inc. in Rogers from September 2004 to November 2005. He also had private practices in Rogers and Bentonville.

Ellington said he spoke with four of the women Becton photographed, and they approved of the negotiated plea to avoid having to testify in court. One of the victims refused to testify, Ellington said.

"Dr. Becton will never practice medicine again and will be under law enforcement supervision as a registered sex offender for the rest of his life," he said. "We are satisfied."

Hitt said Becton remarried after Melissa Becton died, but he grieved the loss of her.

"He never foresaw the arc of his life reaching this point," Hitt said. "It was dumbfounding to him. If he was a sexual pervert, this conduct would have manifested long ago.

"I'm not defending the betrayal of confidence to [Becton's patients]. I'm saying this case is not what [people] have made it out to be."