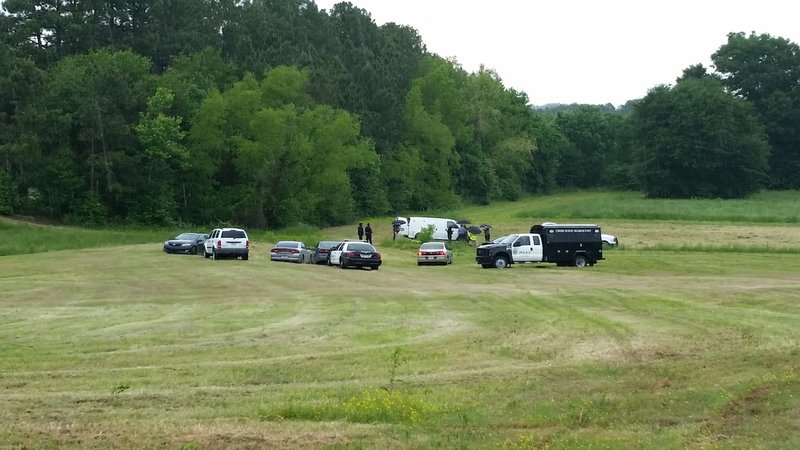 Little Rock police investigate the scene after a dead body was found floating in a creek on Friday, May 8, 2015.

A dead body was found Friday in a Little Rock creek, police say.

The body was found in a creek near 5400 W. 49th St., Little Rock Police Department spokesman Lt. Sidney Allen said in an email.

The body was loaded into a Pulaski County coroner's van and driven away about 12:10 p.m.

Investigators did not find any obvious signs of trauma on the body, Allen said. The body is being sent to the state medical examiner for identification and an autopsy.

The cause of death, duration of exposure or identity of the person has not been released.