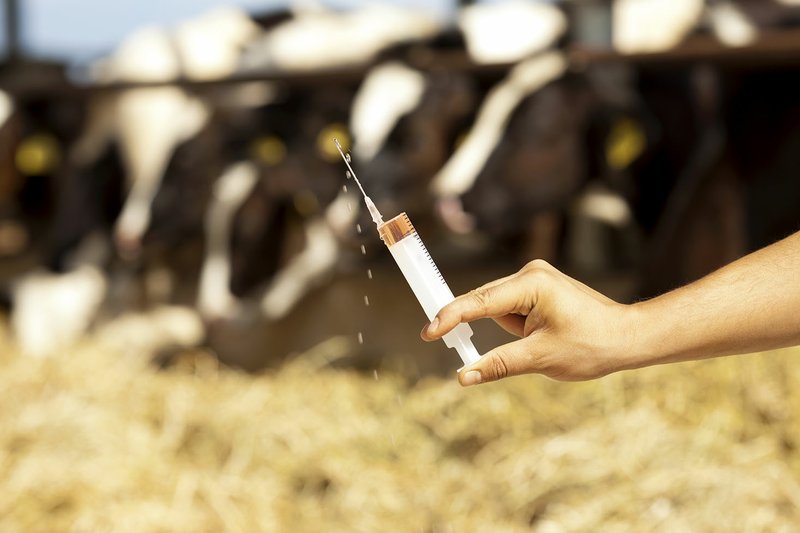 Recent cost-benefit analysis at the University of Arkansas at Pine Bluff has found that vaccines are well worth the cost in order to ensure the health of livestock.

Vaccines are cheap insurance for higher farm and ranch profits, said David Fernandez, Cooperative Extension livestock specialist at the University of Arkansas at Pine Bluff. Vaccines cost about $3 to $10 per calf, and 50 cents to $1 per lamb or kid.

Vaccines protect herds or flocks against often-fatal diseases. Even if the disease is not fatal, several pounds of growth are lost for every sick animal. With calf prices hovering around $2.65 per pound, and kids and lambs at $2 per pound, a single pound lost to disease would nearly cover vaccination costs of calves and more than pay the costs for kids and lambs.

“The price of a single animal — calf, lamb or kid — lost to a preventable disease will pay for the vaccination program for an entire herd or flock, in most cases,” Fernandez said.

Livestock in Arkansas usually give birth in the spring. Newborns get their immunity from their mother’s milk, but by the time they are 2 to 4 months old, that immunity is gone. They must then establish their own. Late May or June is usually the time to vaccinate.

“One of the primary reasons vaccines fail to work is ranchers forget which type of vaccine they are using,” Fernandez said.

Modified live vaccines must be kept cool and out of direct sunlight. Ultraviolet radiation kills bacteria, so the vaccine is damaged. Fernandez advises checking your medical refrigerator to see if it accurately maintains a temperature between 35 and 45 degrees. In a farm survey by the University of Arkansas in 2008, more than half of the refrigerators failed to keep the temperature range between those values, and only 27 percent kept the appropriate temperature 95 percent of the time

Vaccinate calves for blackleg using either a seven-or eight-way vaccine, IBR-BVD-PI3 and leptospirosis before weaning. Most producers also vaccinate heifers for brucellosis between 4 and 12 months of age, he said. Other diseases to vaccinate against include respiratory diseases such as bovine respiratory syncytial virus, pastureurella and Haemophilus somnus, also pink eye, anthras and anaplasmosis.

Vaccines for respiratory diseases, pink eye, anthrax and anaplasmosis are optional.Vaccinate lambs and kids for clostridium CD & T. This protects the animals from the two most common forms of overeating disease and tetanus. Schedule this vaccine for about 4 weeks old, before they begin eating solid feeds, especially grain, Fernandez said. They can also be vaccinated against caseous lymphadenitis, called CL or cheesy gland.

“Many producers prefer not to vaccinate for CL if it is not already present in their flocks or herds,” Fernandez said. There is a combined vaccine called CD&T/CL for use in lambs, but not in kids. The combined vaccine

causes a severe reaction in goats and should never be used on them. Instead, purchase the CL vaccine separately, Fernandez said.

Lambs and kids can also be vaccinated for pasteurella. Work with a veterinarian to develop a plan for other diseases if you have problems specific to your herd or flock.

For more information on vaccinations or answers to other livestock questions, contact Fernandez at (870) 575-7214 or fernandezd@uapb.edu.