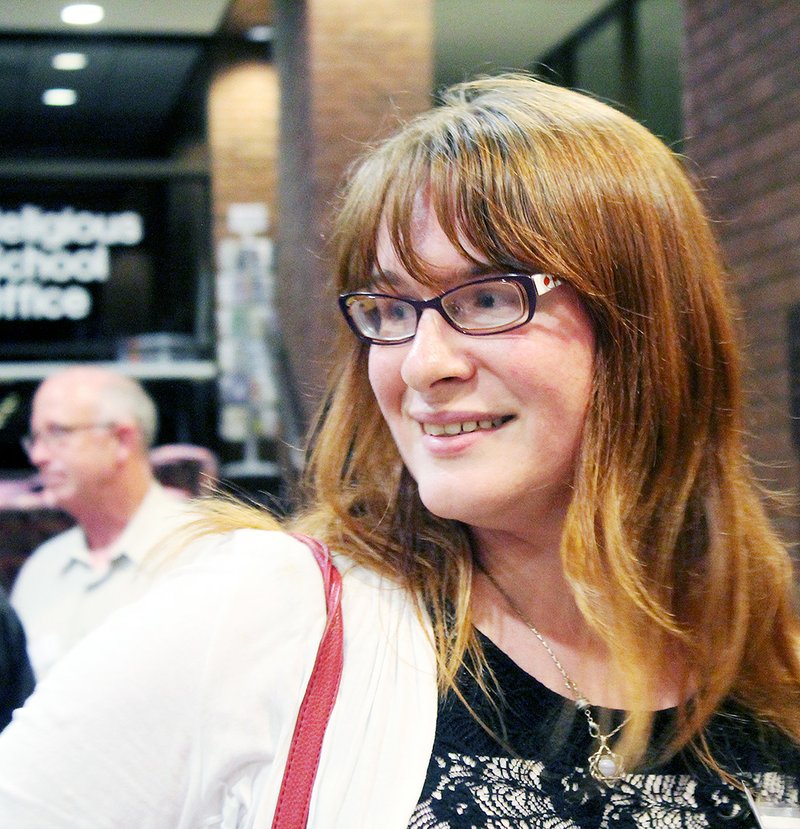 Imagine living somewhere where you have to travel hours for proper medical care, in a place where it’s up to you to inform your health care provider on your specific health needs and possibly face discrimination for how you identify yourself.

The Arkansas Trans Equality Coalition (ArTEC) is hoping to change that for transgender individuals in the state with the help of a $15,000 grant and partnership with the University of Arkansas for Medical Sciences. The grant was awarded through the Patient-Centered Outcomes Research Institute in Washington, D.C.

For Andrea Zekis, founder and executive director of ArTEC, this is a major accomplishment for a group that only formed last year.

“It’s not often transgender people get this opportunity,” Zekis says. “Not a lot of transgender groups have a budget like this.”

ArTEC sought the $15,000 award from the institute to create an active partnership for transgender community members, investigators, providers and others to begin the early stages of research that focus on cultural sensitivity and quality of health care for transgender persons.

ArTEC and UAMS plan to establish a research group that will engage transgender people online and through face-to-face regional summits.

“We’ll have meetings around the state,” Zekis says. “We want to be able to engage people. Your voice and input matters.”

Zekis says that while transgender people may be aligned with the lesbian, gay and bisexual community, they have different needs.

And one of the most notable effects is health care. While gay and straight people can receive treatment appropriate to their born genders, it can be much more difficult for transgender people, Zekis says.

“When you don’t have many people dealing with issues, you don’t see them being addressed,” Zekis says.

According to a 2011 Injustice at Every Turn study, 28 percent of transgender Americans reported postponing medical care due to discrimination and 50 percent reported having had to teach medical providers about transgender care.

Zekis says the experiences that transgender people have had with discrimination has made it difficult for them to find proper health care. According to the study, 28 percent of transgender people also reported harassment in medical settings.

“We’ve seen either people who don’t know how to do treatment for transgender people, or the transgender person winds up being a guinea pig,” Zekis says.

Zekis gives an example of a transgender person who may need a breast exam and a prostate exam in the same visit.

Although there is no accurate number, Zekis says she believes that the number of transgender people in Arkansas is between 3,000 and 4,000.

Isolation is one of the biggest challenges facing the transgender community. Zekis says many members want to just live their lives like any other person without being identified as trans.

“We’re not really a well-connected community,” Zekis says. “It’s a large community that’s hidden. “There’s not a transgender center for us to go to.”

Zekis says she hopes that the initiative’s grant will open the door for many opportunities in the future.

“We plan to submit for future awards,” Zekis says. “It will build one upon another upon another.”

But the goal isn’t about getting money; it’s about helping transgender people get equal care to those people who identify with the sex they’re born with.

“We’re trying to put a square peg into a round hole,” Zekis says. “Maybe we need to make our own hole.”