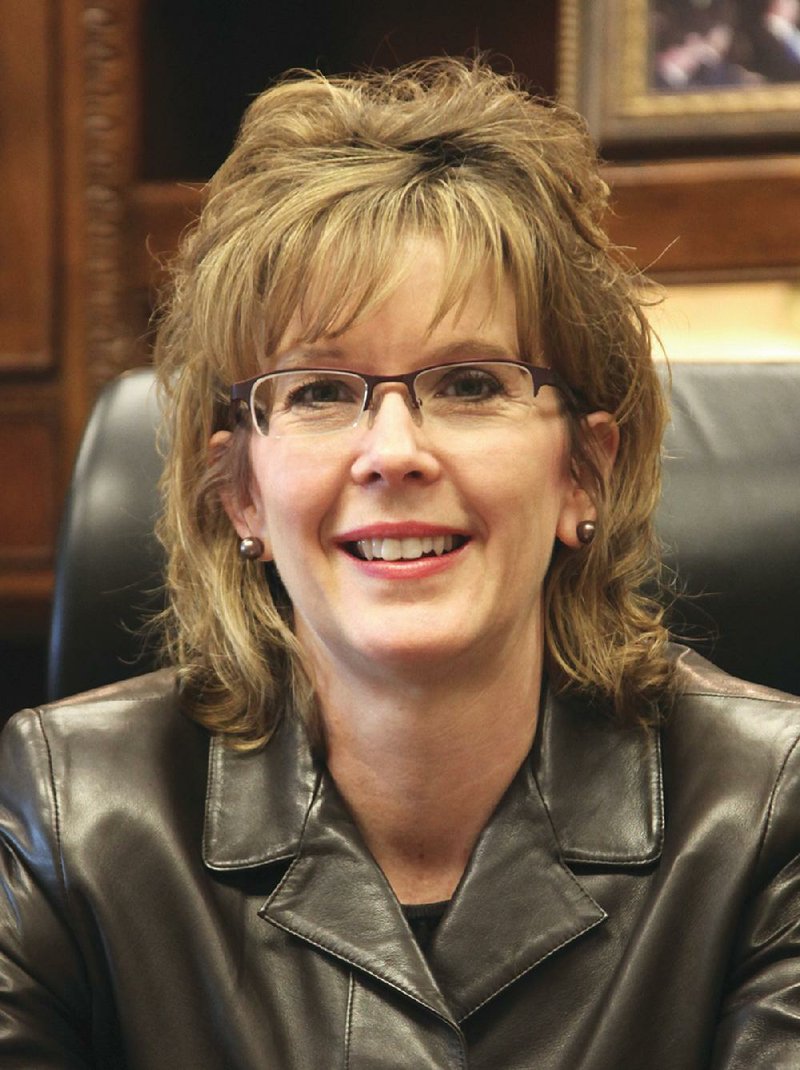 Judy McReynolds is shown in this photo.

Stephanie Ivey has worked around the transportation industry long enough to know it's a male-dominated profession. 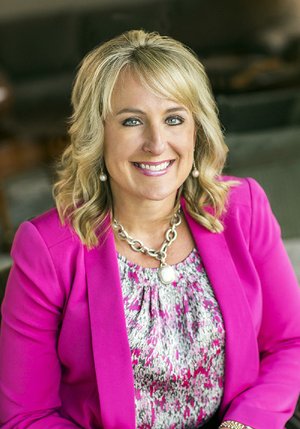 Photo by Wesley Hitt
Shelley Simpson is shown in this photo.

Photo by Source: Women in Trucking, University of Memphis / Arkansas Democrat-Gazette
Information about women in the trucking industry.

So Ivey, an associate professor who specializes in transportation and statistics in the Department of Civil Engineering at the University of Memphis, wasn't stunned by the results of a study conducted by her students earlier this year.

More than half of the publicly traded trucking companies in the United States do not have women in executive roles. Nearly half lack diversity in their boardrooms as well.

"The transportation industry in general, there's a real lack of representation of women," Ivey said.

She hopes the university's ongoing partnership with Women In Trucking, a Wisconsin-based nonprofit organization that pushes for employment of women in the trucking industry, will help improve those statistics over time. The two are teaming to establish an index that will measure and track the percentage of women who are in leadership roles at carriers across the United States.

Ellen Voie, chief executive officer of Women in Trucking, said the idea came after reading news reports about a study conducted by Catalyst, a research firm, focusing on women in the business. Catalyst determined women make up just 19.2 percent of board positions of all publicly traded companies in the U.S.

Voie said Women in Trucking, which was founded in 2007, wanted to know what the statistics looked like among transportation companies.

The first phase of the project took an initial look at the percentage of women among executives and board members of 15 publicly traded trucking companies. Researchers sifted through public information for each company, including Arkansas-based J.B. Hunt Transport Services Inc., ArcBest Corp., USA Truck and P.A.M. Transportation Services Inc.

ArcBest led the way in both categories, with women making up 27.3 percent of the company's board and 25 percent of executive positions. Women account for 18.2 percent of boardroom seats and 20 percent of the executive staff at J.B. Hunt, according to the study.

"We believe in trying to hire the best people, whether that is for the board or the executive level, and we are fortunate that in our case, we have had strong women candidates to fill these roles," ArcBest Chief Executive Officer Judy McReynolds said in an email.

The results did not include USA Truck's promotion of Kandice Harshaw to vice president of human resources in August. Harshaw is the company's only female executive.

Voie said trucking companies should focus on improving efforts to create a more diverse leadership team, pointing to studies that link profitability to diversity. One report, "Diversity Matters," by research firm McKinsey and Co., said the top companies in gender diversity are 15 percent more likely to have financial returns above national industry averages.

"Research has shown that when you have more women in decision-making positions, that your bottom line is positively affected," Voie said. "Women bring a diverse view. Women look at risks in a little bit different way than men. There's decision making, investments and things like that."

Both Voie and Ivey said they believe there has been progress in an industry historically reserved for men.

The most recent Department of Labor statistics show women occupy 22.5 percent of management roles in "transportation, storage and distribution" positions. A Catalyst study from earlier this year also showed that women occupy 17.7 percent of board seats and 27.6 percent of executive positions among Standard & Poor's 500 index Transportation and Warehousing companies.

Ivey said continuing to change the perception of the industry is key and Voie pointed to J.B. Hunt's "Growth and Retention of Outstanding Women" as an example. The program, which began last October, has worked to attract, retain and promote women within the company at all levels.

Shelley Simpson, an executive vice president at J.B. Hunt and one of Growth and Retention of Outstanding Women's founders, said in a June interview that the goal is for women to understand they "absolutely could have the best career inside this organization." The group consists of more than 300 company employees.

"There are a lot of programs in place to try to encourage more women to pursue these careers and provide pathways for advancement," Ivey said. "I think we're really going to see some progress."

So does McReynolds, who said in an email that there is clearly a recent trend toward more female representation in transportation.

"As long as companies are focused on putting the best people in leadership, more of our industry's leaders will be women," McReynolds said.

Ivey and her team plans to continue tracking the progress for Women in Trucking.

Students are in the process of collecting more data outside of the publicly traded companies, which can be challenging because no one is required to participate. But Ivey said they're gathering information anonymously in hopes companies will be more comfortable providing data.

The goal is to establish a thorough baseline for the percentage of women in all roles -- executives, managers, drivers -- in the industry. Then the project will be repeated annually.

Ivey believes more companies are interested in "moving the needle" on the number of women occupying boardroom seats, holding executive roles and working in transportation.

"Diversity is incredibly important to a competitive economy," Ivey said. "Women bring a lot of skill sets and backgrounds and experiences and a different way of looking at things that are really important for helping companies grow and be able to develop innovative solutions. So you really need people from a variety of backgrounds at the table when you're making these decisions."