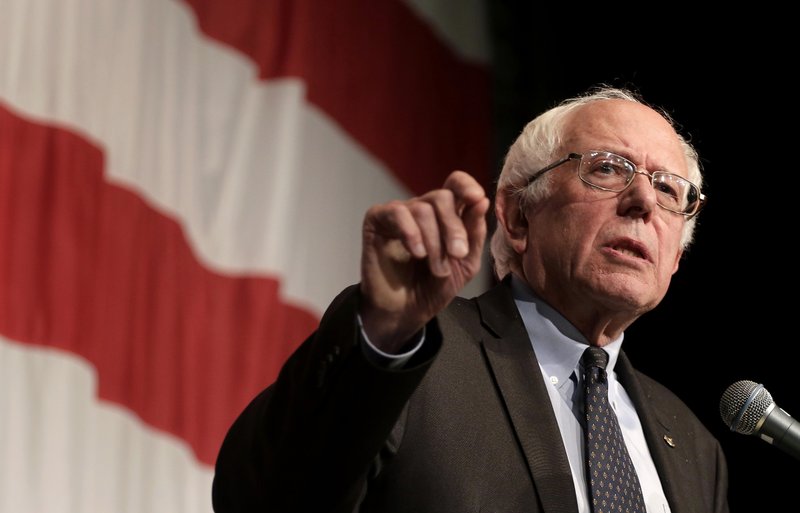 On the campaign trail: Democratic presidential candidate Sen. Bernie Sanders, I-Vt., speaks at the at the Iowa Democratic Wing Ding at the Surf Ballroom in Clear Lake, Iowa.

MONTPELIER, Vt. — Employees of a Vermont company have created a side business selling underwear featuring a black-and-white drawing of the face of Democratic presidential candidate Bernie Sanders.

NECN reported that the underwear, which features the message "Feel the Bern," is available for men and women and costs $15 plus shipping and handling. The three workers with KSE Partners, a strategic communications and government affairs firm, said they created Bernie's Briefs as a fun side business.

The Vermont senator has said recently on late-night TV and talk shows that he prefers briefs over boxers.

Ten percent of the proceeds will go toward the Yellow Ribbon Fund, which supports injured service members.