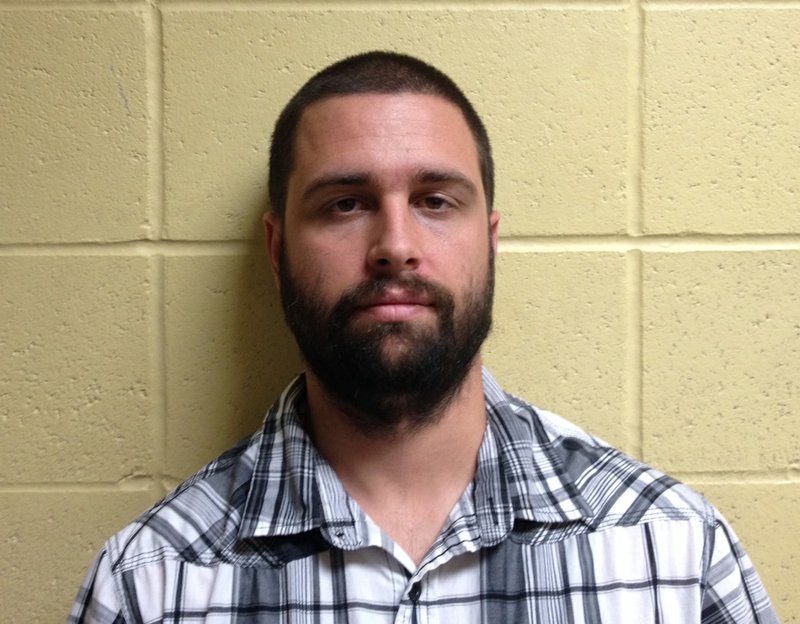 Dustin O'Dell, 32, of Greenbrier faces one count of possession of child pornography, according to the Conway Police Department.

Dustin O'Dell, 32, of Greenbrier was arrested Monday after internal and criminal investigations that began Sept. 9, according to authorities.

A Conway officer since March 25, 2013, O'Dell resigned from his position Sept. 21 after an internal review, police said.

The criminal investigation was turned over to the prosecutor's office for review.

According to a report, police were told Sept. 5 by a Conway computer repairman that images on a laptop O'Dell was having repaired depicted child pornography.

Authorities collected the laptop and an external hard drive from the repair business, Luyet Computer Co. of Conway, after speaking with the computer technician who discovered the material. Police identified one image thumbnail showing child pornography while at the business.

The technician told Conway police that the content was located while items were being downloaded back onto O'Dell's laptop, which police said had not been operational since August 2012.

Police obtained a search warrant Sept. 8 and found "three videos on the laptop that were definitely child pornography and two others that are suspected to be."

O'Dell told police during questioning that he did not knowingly download images or videos that would be considered child pornography. He also told authorities that he had no knowledge of folders created on his laptop that categorized video content, including subfolders labeled "Young," "Beast" and "Asian."

After a conversation with his mother and sister, O'Dell told police Sept. 11 that his sister's ex-husband could be responsible for downloading the child pornography while O'Dell lived with his sister and her then-husband in Kentucky.