State: Will work with cities on I-30 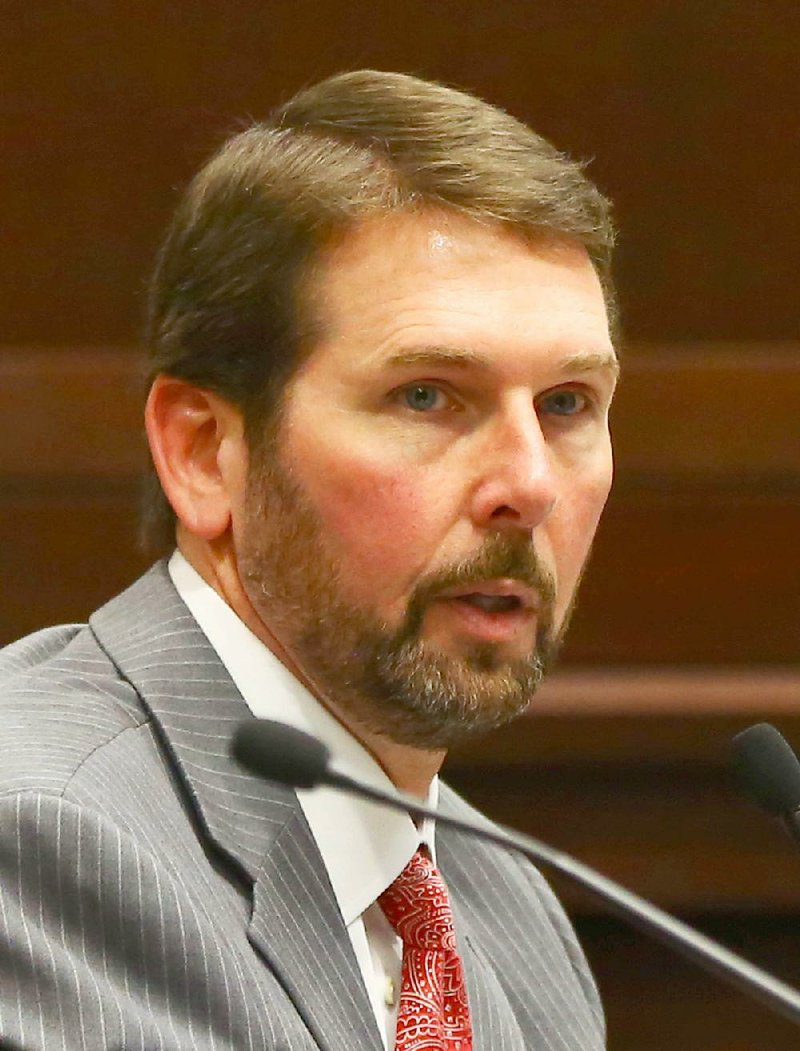 State engineers told Little Rock city directors Tuesday that plans for the renovation of the Interstate 30 corridor that runs through downtown North Little Rock and Little Rock remain a work in progress and pledged to continue to work to address concerns about the estimated $600 million project.

At a meeting with directors and the public at the Clinton Presidential Center, project engineers also outlined how they have already "tweaked" the project to overcome objections raised in the past few weeks.

Most notably, a proposed configuration of the I-30/Cantrell Road interchange in downtown Little Rock no longer will require removal or relocation of the Rock Region Metro streetcar line on the east side of the interchange. It serves an area that now includes the Clinton presidential library and the headquarters for Heifer International.

"We will make that happen," said Jerry Holder, a consulting engineer who works for Garver LLC and is the program manager for the Connecting Arkansas Program, a $1.8 billion statewide road-construction program that includes the I-30 corridor project.

He also said changes to the design have preserved all but one of the east-west connections under and across I-30 in downtown and held out the possibility that engineers will figure out how to preserve the one still unresolved. The ramps on the new interchange are too low for trucks to pass under on East Fourth Street now, he said.

And Holder all but promised new options that will be brought forward as soon as January to address how traffic gets into and out of downtown Little Rock at the interchange.

One option they unveiled last month was to steer traffic from I-30 onto Second Street, a one-way thoroughfare that would be widened to three lanes, from two, for several blocks to State Street, where motorists would continue onto LaHarpe. Traffic wanting to access the interstate would be funneled down Fourth Street from Chester Street.

Under that alternative, LaHarpe at Cumberland and Markham/President Clinton would be closed to through traffic.

Holder said people with whom engineers have met have been sharply divided on the issue.

"It's a tough problem," he said. "There's not any obvious solution."

Holder was among the people who spoke Tuesday night. About 200 people attended the meeting, which lasted about three hours.

The presentation was part of the city Board of Directors' regular meeting but was moved to the presidential center to accommodate the audience. Unlike the regular part of the board meeting, it wasn't televised live, but City Manager Bruce Moore told the directors the presentation was taped and would be aired on the city's public access channel at a later date.

Scott Bennett, the director of the Arkansas Highway and Transportation Department, sought an audience before the board to address "some confusion in the public dialogue about a number of the project's proposed elements."

He also sought to quell rising anxiety about the project by extending the latest comment period by a month. It was scheduled to be closed Nov. 6 but now will end Dec. 6.

At Tuesday's meeting, he also announced that the department will hold a "town hall"-style meeting N̶o̶v̶.̶ ̶6̶ Nov. 16*, also at the presidential center, to answer additional questions directly from the public.

Bennett said it was all part of a process that began more than a year ago, and insisted that nothing yet was final. "We're not going to shove anything down anyone's throats," he said.

Chief among the proposed improvements is replacing the bridge over the Arkansas River. It was built 50 years ago, carries 125,000 vehicles daily and, according to barge operators, has long posed a hazard to navigation on the river. Bennett first publicly announced the possibility of replacing the bridge in December 2011.

The initial formal planning for the project began more than a year ago when the first plans for the project were brought to the public and various stakeholders along the corridor.

That process culminated this past summer with a recommendation that the corridor would be widened up to five lanes in each direction on part but not all of the corridor.

The department has proposed a series of other improvements in the 6.7-mile corridor, which is bounded south of the Arkansas River by Interstate 530 and north of the river by Interstate 40. The project boundaries also include a section of I-40 between Arkansas 107 and U.S. 67/167 in North Little Rock.

The corridor carries too much traffic, its design doesn't meet modern standards -- such as having adequate shoulders -- and sees too many traffic crashes for a highway of its size, Holder told the board.

City Director Dean Kumpuris used his time to ask questions of Bennett and Holder to disclose that he was one of the leading voices asking engineers to look at options other than LaHarpe for traffic coming on and off the interstate at downtown.

"I was pushing Second Street," he said. "I succeeded in making a lot of my friends mad."

But Kumpuris said he feared for anything that would hurt the River Market and surrounding downtown area, which has been undergoing a renaissance.

"For me, the thought that anything we do would kill what we've done over the past 25 years would break my heart," he said.

Little Rock Mayor Mark Stodola urged Holder and Bennett to also relook at widening the interstate in some places to 10 lanes. An eight-lane option remains an alternative. But the mayor wants to keep two lanes segregated for local traffic in each direction that is in the 10-lane option and leave just two lanes in each direction for through traffic because, according to engineer estimates, just 20 percent of the traffic is through traffic with the balance exiting onto Interstate 630 or downtown.

He reflected board sentiment on the engineers' responsiveness to community concerns.

"These options are evolving," he said. "It speaks to the openness the Highway Department engineers have to the process."

But opposition was pronounced among more than a dozen activists and citizens who took to the podium after the presentation.

Some, including representatives of downtown neighborhoods, flatly opposed the project and continued to press for a long-range plan for all of the downtown area and beyond.

"We ask for a halt to reconsider doing it," said Robin Loucks, president of the Downtown Neighborhood Association.

Even people who spoke up for the project asked engineers to reconsider the Second and Fourth streets alternative.

While Gary Smith, a longtime civic leader, praised the new design as a "much safer system than we have today," he opposed "dumping 100 percent of the traffic on Second Street."

"LaHarpe is a major artery," he said of the street that becomes Cantrell Road. "I don't think you want to cut off a major artery."

David Knight, a top executive with Stephens Inc., the financial services firm, said two of his companies' major downtown properties, the Stephens Building on Center and the Capitol Hotel on Markham, back up to Second. Between the two properties, Stephens employs about 1,000 people, half of whom live outside of Little Rock and commute to and from their jobs.

"We don't want to make it more difficult for our employees and our customers," he said.

Knight also said the design would essentially create multiple pedestrian problems up and down Second Street.

CORRECTION: The date of the "town hall"-style meeting to discuss the I-30 corridor changes will be Nov. 16. An earlier version of this story had an incorrect date.

Print Headline: State: Will work with cities on I-30