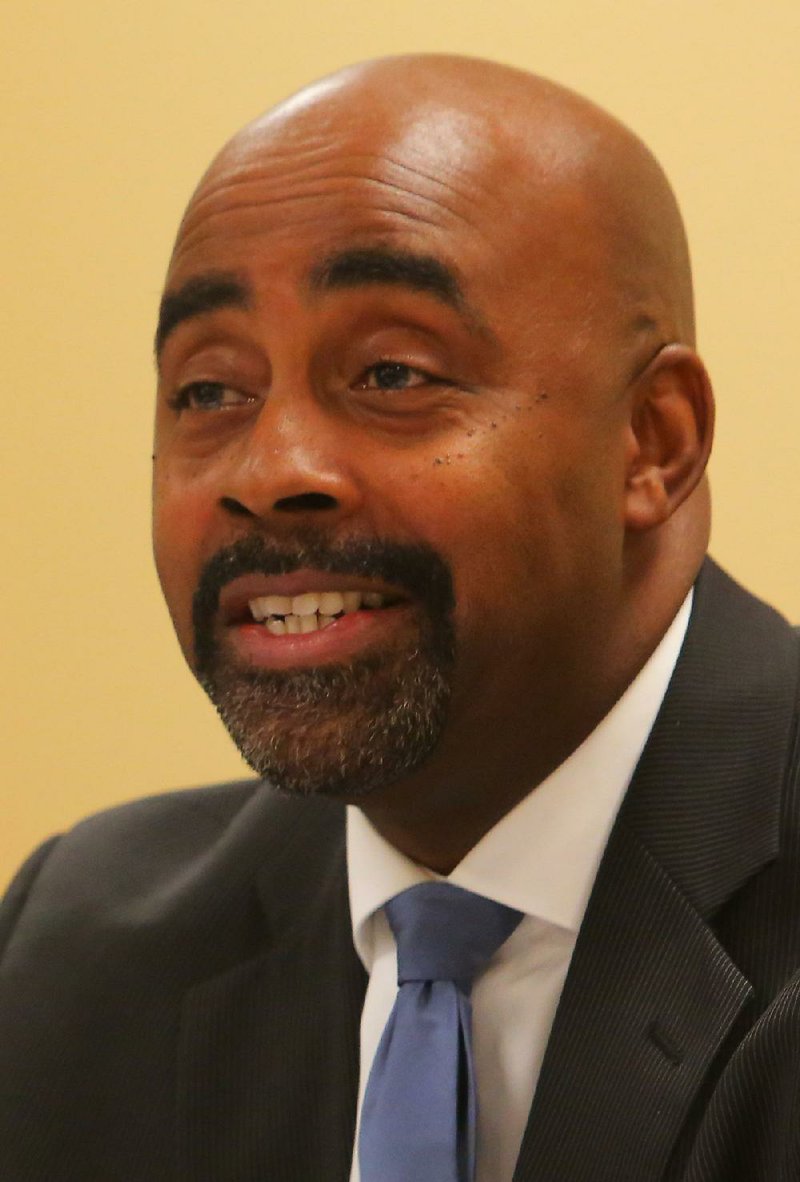 A jury found the executive director of the Metropolitan Housing Alliance in Little Rock innocent Friday in his appeal of a previous criminal conviction of violating the state's Freedom of Information Act.

As soon as the verdict was read Friday -- after the jury deliberated for more than 2½ hours at the end of the three-day trial -- housing alliance director Rodney Forte jumped up from his chair and raced out the door, even before the jury members had a chance to file out of the Pulaski County Circuit Court.

Forte had been accused of failing to respond to information requests from the Arkansas Democrat-Gazette within three working days, as mandated by state law.

"Justice was done. This was not an attack on the Freedom of Information Act," defense attorney Marion Humphrey said in an interview after the trial. "Mr. Forte did his best to comply with the requests. I very much appreciate the work the jury did on this case."

Forte declined with a shake of his head to comment on the case when approached Friday in the courthouse hallway.

Deputy Prosecuting Attorney Leigh Patterson said it was "fair to say" she was disappointed in the verdict.

"But I respect the process, and I respect the jury's work," Patterson said. "I am concerned, though, of the implications the verdict could have on a citizen who requests public records."

Friday's jury verdict reverses Forte's misdemeanor conviction in June in Little Rock District Court on a charge of failing to comply with the Arkansas Freedom of Information Act.

In that case, he was ordered to pay a $100 fine and another $140 in court costs. Nakinsia Watson, a deputy court clerk in the Little Rock District Court, said Friday that Forte would not be required to pay the fine or court costs since he was found innocent in the higher court.

The criminal case against Forte began after the housing agency in October 2014 attempted to bill the Democrat-Gazette $16,378 in response to a Freedom of Information Act request.

Democrat-Gazette reporter Chelsea Boozer had requested all of the agency's work orders from January 2012 through October 20, 2014, as well as any complaints filed with the agency during that time period.

Patterson said in closing arguments Friday that the invoice from Forte was intended to be a "drop-the-mic" moment.

The cost estimate, the agency said, was the price of hiring temporary workers and buying extra supplies in order to comply with only one of the newspaper's information requests.

On Thursday, Forte pushed a red dolly loaded with five cardboard boxes into the courtroom while two other boxes were carried in by defense co-counsel, Chris Corbitt.

The seven boxes contained about 16,680 pages of electronically produced and redacted work orders, half of what would have to be turned over to the newspaper to fulfill the request.

Forte said during Thursday's testimony that the cost of printing and redacting the seven boxes was roughly $3,500, but the other 16,680 pages of requested work orders would have had to come from paper copies located at the housing authority's various properties, resulting in a higher cost of reproducing and redacting.

"The Arkansas Democrat-Gazette had no clue what they were asking for when asking for work orders," Forte said. "We gave the cost estimate under the law, yet here we are today."

Patterson pointed out during Friday's closing arguments that the Freedom of Information Act specifically requires that the charges from a public agency be itemized and says the requester can be asked to pay only for the "actual costs of reproduction." The agency cannot charge for personnel time associated with searching for, retrieving, reviewing or copying the records, according to the law.

Humphrey said during closing arguments that the Democrat-Gazette could afford to pay the fee and therefore should not get "something for nothing."

"They aren't just supposed to throw away the taxpayers' money," Humphrey said.

Patterson told the jury Friday that Boozer's information request still has not been completely filled by the housing agency.

Patterson pointed to the seven boxes on the dolly. The information in the boxes, she said, were copies of work orders from housing alliance tenants reporting problems with the housing units.

The information that Forte has yet to produce, Patterson said, is proof of whether the tenant complaints were resolved.

Deputy Prosecuting Attorney Scott Duncan said in his opening statement in the trial Wednesday that the Freedom of Information Act is a modern tool for the American public, promoting transparency and open government.

Humphrey said during Wednesday's opening statement that Forte "categorically disputes he is not compliant with the Freedom of Information Act."

"Rodney Forte is an honorable man. He is not in the habit of violating the law," Humphrey said. "That's not his modus operandi. He did what the statute said."

Thursday's testimony included four character witnesses on Forte's behalf. Among them was former Arkansas U.S. Rep. Jay Dickey, who exchanged a thumbs up with Forte before leaving the courtroom after testifying on Forte's "excellent" reputation for truthfulness and honesty.

But, Patterson said, Forte was not in court "as plain ol' Rodney Forte," and his character was not on trial.

"The Metropolitan Housing Alliance can't operate behind closed doors," Patterson said. "They have to comply with the law."

Democrat-Gazette Managing Editor David Bailey said he thought the jury "took their job very seriously and did their best to render the right verdict."

"It was an extremely complicated case for people not trained in the law to decide," Bailey said. "We were extremely grateful that the county prosecutor staff took this case so seriously."