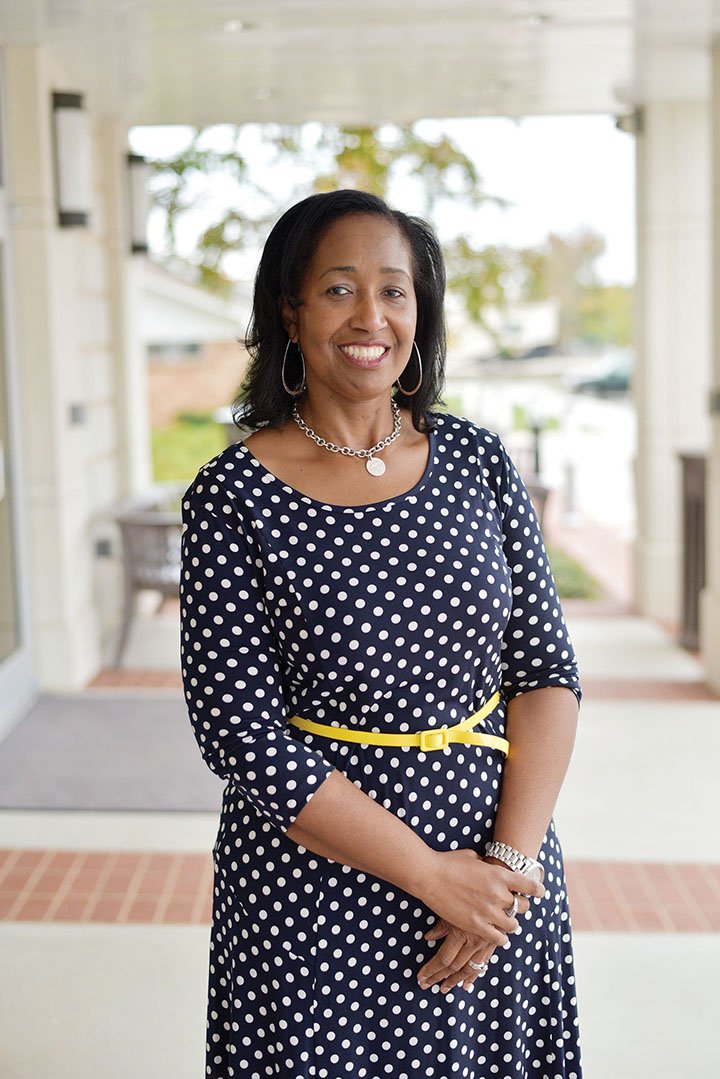 Sheila Franklin of Conway, a longtime probation officer, became an intake officer for the 20th Judicial District juvenile court system. She said it’s a “rehabilitation court,” and many programs are offered to help juveniles. She started the Youth Empowered Sisters, or Y.E.S., a mentorship program for African-American girls. “That’s what these kids need — to know somebody cares,” she said.

Sheila Franklin could be jaded after 22 years of working with juveniles in the Faulkner County court system, but deep down in her soul, she believes there is hope to turn them around.

“Regardless of how bad we think the situation is, our kids are worth saving,” Franklin said. “It’s never too late for anyone until you take your last breath. There’s no such thing as you’re too far gone.”

“I find it scary when I see eight girls having a school fight, and it’s out of control, and somebody’s videoing and putting it on social media, and that becomes the norm,” Franklin said.

She said she has thought about and investigated the reasons for this behavior.

“They were really looking for someone to help them. I think it was a lot of peer pressure … trying to fit in, trying to have an identity, and they didn’t care if it was negative,” she said.

“I got tired of hearing people say, ‘These kids are out of control,’ calling them Generation X and a lost generation, those types of comments, and nobody was stepping up to the plate. If they don’t know any better, they can’t do any better,” she said. “I finally took the challenge.”

She took a deep breath before she explained the program.

“Wow — this is actually my testimony. I’m a pretty spiritual person,” she said, sitting behind her desk in the Faulkner County Justice Building in Conway.

Although programs are in place to help all the juveniles, Franklin said, she implemented the program for African-American girls — and not just those in the court system — because she saw a need.

“One reason — I can identify with them, and they can identify with me,” she said. “I have targeted this group because no one else has, but it’s meant to show them and others that any of us can be whatever we want to be if we empower ourselves, set goals and go out and be better people.”

Franklin said it had been on her mind that she needed to do more to make a difference.

“It wasn’t a vision, but it’s something that woke me up at night — that I wasn’t doing enough to help people outside my job,” she said.

Franklin, who grew up in Conway, said she thought of all the African-American women she knows who are educators, nurses, attorneys and businesswomen.

She put a message on social media that she needed volunteers, and nearly 50 African-American women came to the organizational meeting in May.

“I found something for all of them to do,” Franklin said. Some of the women are mentors for the 45 African-American girls in the program; other women donate to the program or let students shadow them on the job.

“We actually are doing some amazing things,” Franklin said.

“Sheila and I noticed a growing and concerning trend of fighting among African-American girls. She refused to allow this to continue in her community,” Braswell said. He said the mentorship program gives the young girls opportunities they would never have had otherwise. “I have been blown away by the community support and the impact it has made on the young girls,” he said. “This court program would not exist without the love and hard work of Mrs. Sheila Franklin. For that, our community should be grateful.”

Guest speakers talk about self-respect and self-discipline, promise-keeping, relationships and more, Franklin said. She said she emphasizes to mentors that they have to meet the girls “where they are.

“We’re there to help them through the process of life. It’s about the girls; it’s not about us.”

Franklin doesn’t like to take credit, either, but she received the Make an Impact Award at the annual LEO — Law Enforcement Officer — Awards this year.

“I was totally surprised. It’s not about me; it’s about making an impact on other people’s lives,” she said.

Faye Shepherd, chief of staff for the 20th Judicial District juvenile court, who made the presentation, said the award is given to someone who goes “above and beyond, and Sheila definitely does that.”

“She just has done a great, great job,” Shepherd said of Franklin. “It’s a job that you have to have someone who is very good with people, but also very organized and able to stay on top of things.”

“Instead of a caseload, I process every kid who comes through the system,” she said. They can be as young as 10, and the court has jurisdiction until they’re 21, if a crime is committed before they’re 18. The cases range from curfew violations to rape “and everything in-between.”

Franklin interviews the parents and juveniles involved and prepares the files for the prosecutor.

Braswell said the intake officer is the face of the court for many families in the community.

“We are blessed to have someone as diligent and well-grounded as Sheila Franklin. She has far exceeded my expectations,” he said. “Sheila has rolled up her sleeves and gone to work since our first day.”

Franklin said she had good role models in her parents, Mary and Roy Jones Sr., who live in the Gold Lake community. Her father was a self-employed plumber, and her mother was a homemaker and worked factory jobs, off and on.

“They taught me stability and what a family union looked like,” Franklin said. As the youngest of six children, Franklin said she learned a lot, especially how to stay out of trouble. Not that she’s perfect, and that’s what she tells the juveniles who come through the system.

Franklin, 53, said she followed her brother, Roy Jones Jr., who played football for Lou Holtz, and went to the University of Arkansas at Fayetteville.

“I made mistakes, like so many of our young people do, and got pregnant with my oldest child,” she said.

She transferred to the University of Central Arkansas, but she was looking for something different, she said. Franklin moved to El Paso, Texas. There, one of her sisters lived with her husband, who was in the military.

“I still thought about college, but I moved to El Paso and met the love of my life,” Franklin said. It was Ohio native Ed Franklin, who was in the Army. “It was love at first sight,” she said.

The couple lived in Tacoma, Washington, then a year in Holland, where their daughter was born, and two years in Germany before he was transferred to a base in California. She worked in day care facilities on bases to be with their daughter. “I always wanted to work with kids,” Franklin said.

When the couple moved to Conway 26 years ago, she became a Head Start teacher before getting into the court system.

Franklin said her husband, who is dean of students at Conway High School, is her “biggest cheerleader” and never complains about the time she gives to others.

A ceremony for Y.E.S. participants is scheduled for 3 p.m. Nov. 22 at New Generation Church in Conway.

“We want the community to see our kids in a positive way. We want them to shine. We also want their parents to see what we’re doing,” she said.

Franklin got a big smile on her face and leaned forward.

“This school year, we have not had one fight at either campus,” she said. “I think those mentors are out there showing them a different way. School counselors have told me that they’ve seen a difference in our young ladies;

I’ve had parents see the difference. It’s a challenge, but