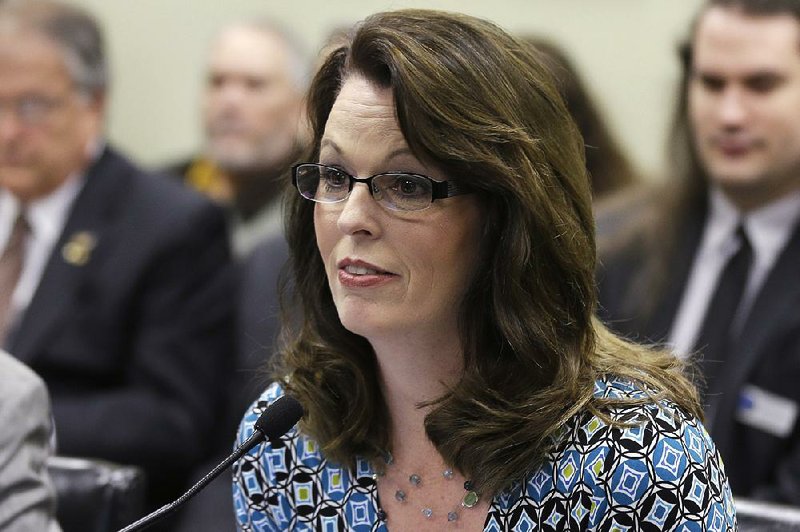 A state legislator and her husband have joined forces with a Saline County day care center in a legal effort to revoke a state permit issued to a new East End liquor store. 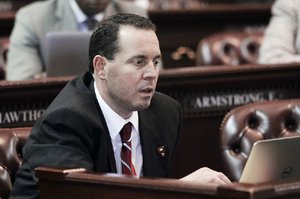 Rep. Julie Mayberry, R-Hensley, and her husband Andy -- a former legislator who has filed to run for his wife's House seat in the 2016 elections -- joined with the Dillon Family Daycare and its owner, Rita Dillon, in a Saline County Circuit Court lawsuit against the state Alcoholic Beverage Control board and Bud Roberts, an agency director. The lawsuit asks a judge to invalidate the permit issued to Dr. Harry Bryant for a store on Arch Street. The lawsuit was updated Thursday with the issuance of the permit on Oct. 13.

Reached by phone Thursday, Andy Mayberry said that liquor stores are not allowed within 1,000 feet of churches or schools.

"If [other state laws'] rationale is to protect children, kindergarten through 12th grade, it would stand to reason we'd want that protection for children under kindergarten," Andy Mayberry said. "A lot of these school children, they go to these day cares [after school]. These same kids who we protect from 8 a.m. to 3 p.m., after 3 p.m. we say, 'Never mind?' "

Bryant, who received a conditional permit following an Aug. 19 hearing before the beverage control board, did not return a call for comment Thursday. Attorneys for the Alcoholic Beverage Control Board did not return calls Thursday either. Bryant has filed with the Saline County Circuit Court to intervene. As of Thursday afternoon, no court date had been set.

Saline County became a "wet" county after a 2014 referendum that allowed for 21 liquor stores to set up in the county.

During the Aug. 19 hearing with the board, both Julie and Andy Mayberry testified that the board should not OK Bryant's request to open a liquor store in the 8,000-square-foot strip mall that he owns on Arch Street.

Julie Mayberry argued that state law required potential permit holders to advertise in a newspaper and that Bryant did not advertise in the Saline Courier.

She also argued that a recent attorney general's opinion found that day-care facilities can qualify as "school houses," which cannot be within 1,000 feet of a business getting a new liquor permit.

Bryant testified before the board that he had advertised in the Arkansas Democrat-Gazette and said he was aware of nearby day-care facilities. He also said his proposed location is still a mile away from a church or school house.

Andy Mayberry testified that a majority of the East End community voted against allowing alcohol sales during the wet/dry election.

He also said that since Saline County does not have a sales tax, its sheriff's office is already stretched thin and that liquor stores can often become "magnets for crime."

The Mayberrys, who earned a right to sue after objecting during the board's meeting, filed suit along with the daycare in mid-September.

In the complaint, they said the Dillon Family Daycare facility was 900 feet from Bryant's store while another facility, Wiggles & Giggles, was only a few hundred feet away.

The complaint argues that since Dillon Family Daycare is licensed through the Department of Human Services for its educational services, it qualifies as a school.

It also highlighted findings from a June opinion released by Attorney General Leslie Rutledge which said that, depending on the circumstances, a court can find that a day-care center qualifies as a "schoolhouse" and cannot be within 1,000 feet of a liquor store.

Attorneys from the Alcoholic Beverage Control Bboard questioned the relevance of Rutledge's opinion and wrote in response to the lawsuit that the board followed the law and internal procedures in Bryant's permit.

Andy Mayberry said it was unfair that a day-care facility located in a dry county one day could be subjected to close proximity to a liquor store the next day.

"You know, some folks have said, 'Oh you're just trying to impose your morals and morality on everyone else.'Well, my own personal beliefs, I don't care what you do with your own time. If you want to go have a drink that's fine. That's your business," he said. "I look at it kind of like there's an airport. I like airports. I'm glad we have airports. I just don't want to live next to an airport."