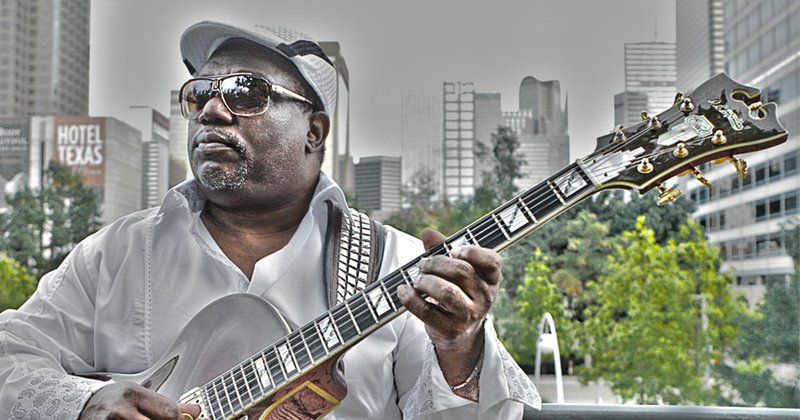 Jazz guitarist Michael Walker will perform Nov. 21 at the Brickhouse in Newport to promote his new CD, A Smoother You.

NEWPORT — Rising from the rocky, dusty roads of the Robinson Addition, a small African-American community just south of Newport, to the paved highways and bright lights of Dallas, Texas, Newport native and jazz guitarist Michael Walker will return home to showcase his new CD, A Smoother You, Nov. 21 at the Brickhouse on Newport’s Front Street.

Walker, a 1978 graduate of Newport High School, was recently signed to the Spectra Music Group’s jazz division and said it’s been a primary goal of his to bring his music home to its birthplace. Like many successful artists, Walker started out in gospel music. The first band he played in was the Heavenly Wonders, a collection of local musicians all chasing their dreams of stardom. He later performed with the Port City Band, which featured several musicians from all parts of the community who shared the same affection for music.

“It started with the gospel band,” Walker said. “Growing up, we had a lot of local talent and guys that could sing. Newport was just a special place with people that loved the music. It was a great little community — all dirt roads at this time, and we always looked forward to getting together to play on the dirt basketball courts in the heat or doing anything to be outside. It was just a great little community, just a lot of fun. Obviously, things are different now. We were always outdoors, and everybody really got along with each other. That has helped me so much in what I do today.”

When Walker wasn’t playing outdoors, he took every opportunity to listen to music. Walker said he would listen to everything from his grandmother’s gospel and blues to country music, but he credits his parents with allowing him to pursue his love of music.

Walker graduated from NHS but did not leave Newport until 1998 to pursue his aspirations as a musician. Although his road has been bumpy and plagued by obstacles, he has always longed to showcase his talent in the community where it all started, he said.

“My mom would always tell me Christmas was always easy for her because all I ever wanted was a guitar,” Walker said. “I would listen to the only three stations we had back then. On Friday nights, I used to sneak and stay up and watch Hee Haw and was just amazed at what Roy Clark could do. I enjoyed what he did as far as playing. That was really one of the first guys I heard. My grandmother had a lot of B.B. King and Albert King that she loved to play.

“I was just always attracted to the guitar. I took lessons from a guy named Vault. He was paralyzed from the waist down, and he stayed on the same street as Jessie Davis stayed on. … I used to go there after school once a week. That’s when I started taking lessons, in the eighth grade. From that point on, I was always trying to put together a little ole band. That’s when I realized that’s what I wanted to do.”

Walker’s new CD was recently released worldwide and is available at stores and online. The first single from the CD, “Let’s Do It,” has gained major rotation on smooth-jazz radio stations and has most recently led to his follow-up single, “Brother to Brother,” which was instantly picked up by radio stations all over the United States. The song features soulful guitar licks with the dynamic vocals of Karen Bernod, who was a backup singer for Chaka Khan. Bernod was also the lead singer for Incognito, a successful smooth-jazz band, and she has also worked with Erykah Badu.

The CD has already received rave reviews from SmoothJazzTherapy.com, Spencer Brown Co., TheSmoothJazzRide.com, The Jimmy Star Show and the Theafterthought Show. Walker said he tries to do three or four performances a month but calls his upcoming show in Newport special.

“It’s always good to go home,” Walker said. “I just want to share my music, and to bring it home at the holidays for my friends and family is special to me. I look forward to seeing those familiar faces in the crowd. I eventually want to bring this sound to the entire state.”