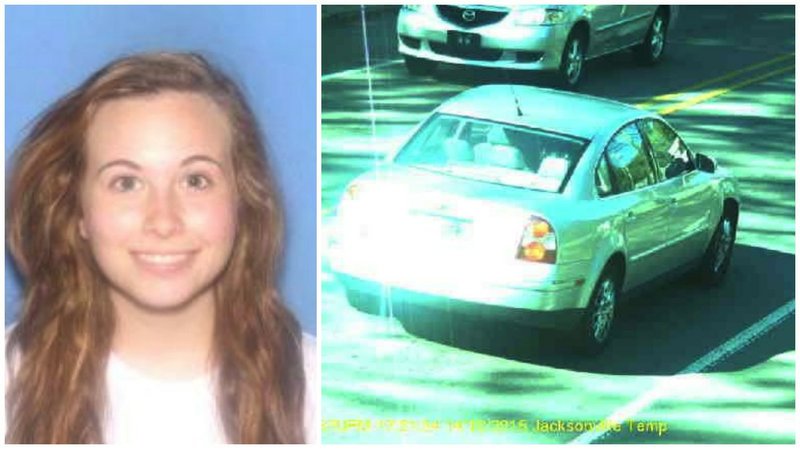 Ebby Steppach, 18, (left) was reported missing Monday, Oct. 26, 2015. Steppach's vehicle, a silver 2003 Volkswagen Passat (right) with a license plate of 137UFM, was found less than a week after her disappearance, according to Little Rock police.

Nearly a month after her disappearance, the family of a missing Little Rock 18-year-old is offering a $3,000 reward for information regarding her whereabouts.

Ebby Jane Steppach was last contacted by phone about 2 p.m. Oct. 24 before she was reported missing Oct. 26, according to Little Rock police.

Steppach's vehicle, a silver 2003 Volkswagen Passat with a license plate of 137UFM, was found less than a week later, authorities said. Police declined to provide further information regarding where the vehicle was found.

Little Rock Police Department officer Richard Hilgeman said, at this time, authorities have not received an indication of foul play in Steppach's disappearance.

She is described as standing 5 feet 2 inches tall, having blond hair and weighing 110 pounds.

A Facebook group has also been set up with information from family members as well as posts from those close to Steppach.