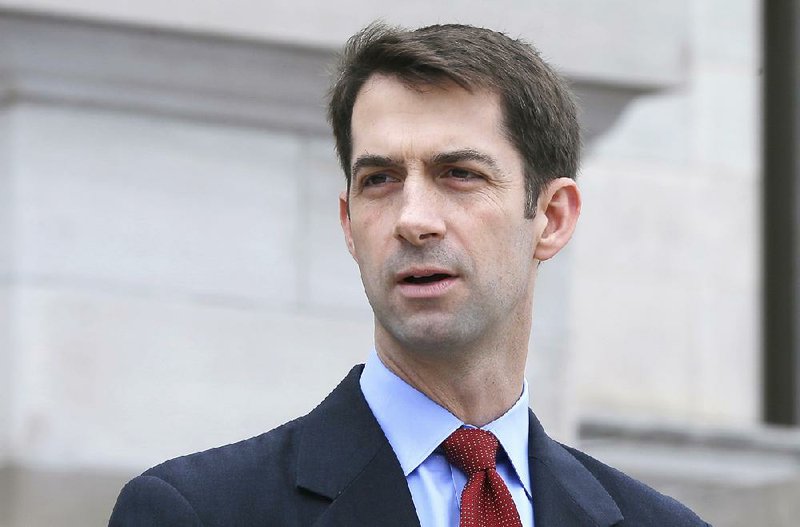 WASHINGTON -- With Paris still reeling from Friday's terrorist attacks and with Islamic State militants threatening similar strikes in the United States, a law that will require the government to get a search warrant before accessing telephone records should be put on hold, U.S. Sen. Tom Cotton said Wednesday. 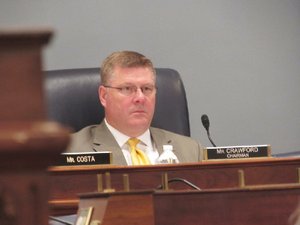 The Arkansas Republican introduced legislation this week to delay its implementation for more than a year.

But U.S. Rep. Rick Crawford, R-Ark., said he still backs the USA FREEDOM Act, which will prevent the government from keeping track of billions of Americans' telephone calls.

Other Arkansans on Capitol Hill said they are reviewing Cotton's proposal.

Cotton, a first-term senator, voted against the USA FREEDOM Act, which passed in the House of Representatives by a vote of 338-88 in May and in the Senate by a vote of 67-32 in June. Crawford and the other four members of Arkansas' congressional delegation supported the measure.

Although the law passed in June, the new restrictions on data collection aren't due to take effect until Dec. 1. With Congress preparing to break for Thanksgiving, the bill normally wouldn't be voted on, let alone passed, soon enough to block the Dec. 1 changes.

Cotton said he's working to come up with a version that can have "unanimous consent," but if that fails, he said he'll press for the legislation once Congress returns.

"If it passes the Senate, I believe it will pass the House," he said.

Many of those voting against the USA FREEDOM Act argued that it didn't do enough to check intelligence agencies' power.

But Cotton said the new restrictions will undermine "a critical counterterrorism tool."

Under the act, telephone companies will keep track of the time, date and length of every call as well as the numbers of those making and receiving the calls. If government officials want to know about a particular phone's usage, they'll have to obtain a search warrant.

Cotton's legislation, dubbed the Liberty Through Strength Act, would block the new restrictions until the president certifies that the new tracking system is as effective as the old one. If that certification is provided, then the changes would take place on Jan. 31, 2017.

Cotton stressed Wednesday that the current surveillance system does not spy on law-abiding Americans.

"The [National Security Agency] or any other agency does not collect the contents of any innocent civilian's phone calls. They don't even collect personally identifiable information, the names that are associated with these phone numbers. It is strictly the basic data that they can then use to connect the dots," Cotton said.

Asked why the measure had passed so overwhelmingly if it's a bad idea, Cotton said, "I think a lot of the members of the Congress, like a lot of the American public, didn't fully understand the nature of these programs. ... The American people, understandably, were worried that the government was engaged in a massive dragnet to eavesdrop on phone calls, but nothing could be further from the truth."

But Crawford said the new law is an improvement.

"I believe the USA FREEDOM Act strikes the right balance of protecting our civil liberties and giving our intelligence community the tools they need to prevent terrorist attacks," he said in a statement released Wednesday. "In fact, it provides our intelligence agencies enhanced capabilities to combat ISIS by closing a loophole that required the government to stop tracking foreign terrorists when they enter the U.S. This is a critical tool given the challenges we face in stopping terrorism in its tracks."

ISIS is an acronym for the Islamic State.

President Barack Obama signed the measure into law hours after it passed Congress. The act will place limitations on the information the government can gather and keep.

The country's sweeping data collection system was a closely guarded secret until it was revealed in 2013 by Edward Snowden, the former U.S. intelligence contractor who leaked the top secret information to the media.

The program's critics, both conservative and liberal, argued that it threatened civil liberties and violated the Fourth Amendment's ban on "unreasonable searches and seizures."

Supporters argued that it made Americans safer and stressed that the calls themselves were not being monitored. They have intensified their defense of the program since Friday's bloodshed in Paris.

Asked for his reaction to Cotton's legislation, U.S. Sen. John Boozman, R-Ark., issued a statement that said, "I share the concerns of Senator Cotton. We need a seamless transition from one program to the next. We need a balance between privacy rights and our national security interests."

Boozman said the the USA FREEDOM Act was passed "in response to legitimate concerns of the American people that the Administration had overreached its authority with the current NSA bulk collection program. Recent terrorist attacks around the globe show that our intelligence communities must have the tools and resources to continue to keep us safe here at home."

On the House side, a spokesman for U.S. Rep. Steve Womack, R-Ark., said Womack is still reviewing the proposal.

"Balancing the protections afforded by the Constitution with the safety and security of the nation is one of the most difficult challenges we lawmakers face. But the threats facing the homeland cannot be taken lightly, and we must be extremely diligent to ensure we know who the bad actors are and what they are up to," Womack said in a written statement.

"Like Senator Cotton, I believe the safety and security of the American people is paramount. I will take time to review his legislation to ensure that we are doing everything we can to guard against potential terrorist threats," Hill said in a statement.