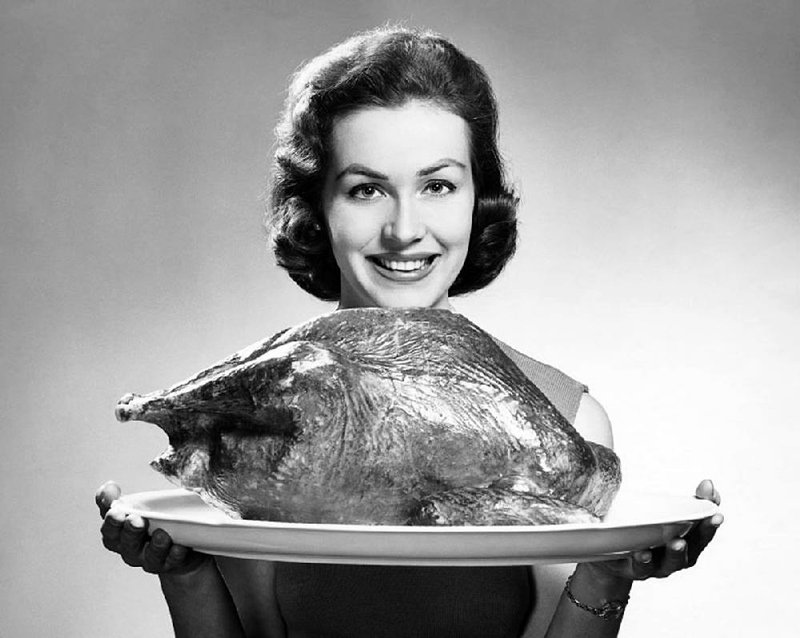 If Mom or Grandma isn’t making Thanksgiving dinner this year, try one of the downtown Little Rock hotels.

To paraphrase the poet, the best laid plans of mice, men and restaurateurs gang aft agley, and Buck Sayyah, co-owner of Arbela Middle Eastern Grill, on the ground floor of the Tower Building, 323 Center St. (actually on West Fourth between Louisiana and Center streets), Little Rock, has had his share of plans go agley, up to and including having to replace the vent-a-hood that the former tenant, Natchez, had left behind. Sayyah says all his inspection problems have now been dealt with and that he was, as of our deadline, planning to have opened his doors Wednesday. Hours are 10 a.m.-4 p.m. Monday-Friday, and his phone number, (501) 374-2633, which had briefly been disconnected, is now once again functional.

One of our sharp-eyed observers has observed work taking place at the former KFC at 6606 Colonel Glenn Road, Little Rock, specifically the installation of blue paint on the roof. Which would dovetail with an as-yet unconfirmed report that an outlet of Sharks Fish & Chicken is going in there.

Looking for a place to feed on Thanksgiving Day? All the major hotels will be doing Thanksgiving buffets or special meals:

• Wyndham Riverfront, 2 Riverfront Place, North Little Rock, will have a Thanksgiving Feast, 10:30 a.m.-2 p.m. in the Riverfront Steakhouse and 11 a.m.-2 p.m. in the Silver City Ballroom. A carving station will offer roasted tom turkey and honey-bourbon glazed ham; buffet entrees will include roasted sirloin with hunter sauce and Chicken Riverfront and buffet sides will include cornbread dressing with giblet gravy, mashed potatoes and gravy, country-style green beans and corn, mac and cheese and candied yams. There will be soup, salad, waffle-and-omelette and dessert stations. Cost is $24.95, $21.95 for senior citizens, $14.95 for kids 5-11 and free for kids 5 and younger with paid adult meal. Call (501) 907-4826.

If that's full, or you'd rather just sit and have somebody bring you food, the Capital Bar & Grill's prix fixe plate meal, 11 a.m.-3 p.m., starts with fall greens (escarole and crispy kale) salad with a green apple, pistachio, parmesan and buttermilk dressing, or roasted parsnip soup; maple-roasted turkey breast with Andouille sausage, dried cranberry and pecan jus; melange of turnip, radish and haricot verts; housemade sausage and sweet potato savory bread pudding; and, for dessert, pumpkin pie or carrot cake. Price is $35 per person. They're not taking reservations, but for more information, call (501) 370-7068.

• And all Dixie Cafe locations will be open, 11 a.m.-5 p.m. Nov. 26, serving "a traditional Thanksgiving Day feast," including a small salad, sliced turkey breast or grilled ham steak and cornbread dressing, cranberry sauce, two sides, rolls and jalapeno cornbread, plus a small dessert for $11.99 ("beverage, tax and gratuity not included"); "Kiddie Feasts" are $4.49.

We'll run what we hope is an expanded list next Thursday, Thanksgiving Day. Send information to the website at the end.

The North Little Rock Convention and Visitors Bureau, in partnership with the Arkansas Foodbank and the University of Arkansas at Little Rock athletic department, are getting a bit ahead of the game by starting to promote in late November North Little Rock Restaurant Month, which kicks off Jan. 1. Part of "this" year's event will be the inaugural "Dine Off," Jan. 22-Feb. 4, in which north-of-the-river restaurants (find the list at nlrrestaurantmonth.com/competing-restaurants) will compete to see which can collect the most monetary donations for the Arkansas Foodbank. And the bureau is also repeating a promotion through which diners can bring receipts from any North Little Rock restaurant to the Visitors Information Center in Burns Park or the North Little Rock Chamber of Commerce to receive free tickets to the Feb. 6 UALR Trojans basketball game. The bureau will also give away weekly prizes in its #EatNLR Foodie Contest for social media posts featuring photos from North Little Rock restaurants using the hashtag #EatNLR. Find contest guidelines online at nlrrestaurantmonth.com/eatnlr-foodie-contest.