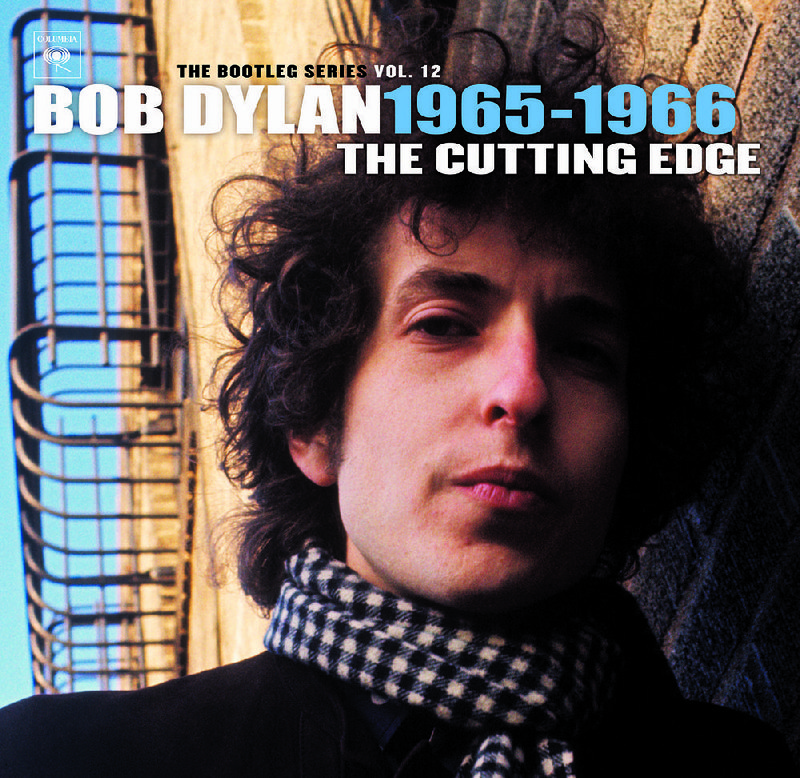 "You've got no secrets to conceal." 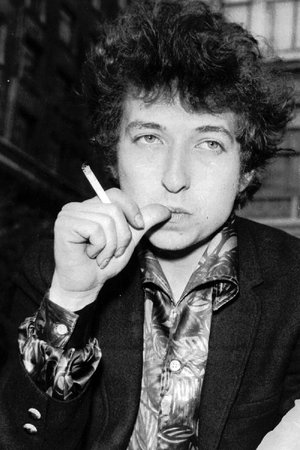 You're not supposed to know how records are made.

What you're supposed to accept -- to believe -- is that they're reflective of a particular performance, that they document a few moments in time captured by microphones and tape (or a sequencing of discrete ones and zeros). The fiction is that the recording has captured the ideal performance of the song, that this is what it sounds like when performed under optimal conditions.

While generally unspoken, this idea is so prevalent that a lot of artists take great pains trying to re-create a recording when they perform a concert. To this end they may employ extra musicians onstage or play along with prerecorded tracks. In extreme cases, they might even pretend to play along with the recording -- they might lip-sync their performance.

We're too sophisticated to fall for that these days; artists put their tracks online for fans to remix. We understand how songs are built, how maybe you start with a drum track and overlay the bass, guitar and other parts bit by bit. Someone comes in and plays a solo, it can be lifted away to make room for another pass. Scratch vocals are replaced by more polished takes; if necessary, engineers can build a vocal syllable by syllable, nudging the pitch up or down as need be. These days we understand a recording as an artificial moment consisting of any number of performances arrested and recombined. A singer might sing not only with a phantom version of herself, but with her long-dead father. The Beatles can be reunited electronically.

But when Bob Dylan was recording the sessions that led to the legendary albums Bringing It All Back Home, Highway 61 Revisited and Blonde on Blonde in 1965 and 1966, it was unimaginable that the work tapes and rehearsals would ever be made available to the general public. In those days, Dylan and the assembled musicians assumed they were working toward the creation of the official version, a kind of platonic ideal that would stand for as long as people cared about rock 'n' roll records. They didn't expect anyone to eavesdrop on the sausage-making.

It is perfectly OK if you want to ignore The Cutting Edge 1965-1966, volume 12 in Columbia/Legacy's long-running vault-sweeping Dylan "Bootleg Series." I know plenty of intelligent, culturally engaged people who don't feel the need to comb through the archives to discover alternate versions of tracks as ordinary as "Outlaw Blues" or "On the Road Again," the weakest moments (both come down to basic Dylan surrealism meted out as barroom blues) on the astounding electric first side of Bringing It All Back Home.

On the other hand, I admit to being fascinated by this stuff. Not enough to pony up $600 for the 18-CD "Collector's Edition" (limited to 5,000 units worldwide), which contains "every note recorded by Bob Dylan in the studio in 1965/1966," although I remain hopeful someone at Legacy might at least offer downloads, but interested enough to listen to the entire six-CD, 111-track version ($149.98) more than once. (For the record, there's also a double-CD compilation of "highlights" available for $19.98.)

For me it's enough that these recordings exist. This is Dylan at the height of his transformative powers, when he was in the process of turning rock 'n' roll from a juvenile form of entertainment into a venue for serious art; when he was moving away from the conventions and codes of acoustic folk music toward something more electric and imagistic. If you're looking for a point where it became OK for serious people to attend to pop music, maybe you need look no further than the transitional Bringing It All Back Home, which didn't so much cut the cord with folk traditions (side two is all acoustic) as break with the empirical reality -- the literalism implicit in the protest song.

IN THE DIME STORES AND BUS STATIONS

This break is evident from the beginning of the first CD of The Cutting Edge, as it kicks off with four cracks at what would become one of Dylan's loveliest love songs, the cryptically titled "Love Minus Zero/No Limit."

I'm no fan of some of Dylan's song titles from this period, which at times seem perversely unrelated to the material. One thing that becomes clear on listening to these sessions is that some titles were pretty arbitrary and temporary. "It Takes a Lot to Laugh, It Takes a Train to Cry" is introduced as "Phantom Engineer, Number Cloudy." "She Belongs to Me" was originally called "My Girl," "She's Your Lover Now" was "Just a Little Glass of Water." At one point producer Tom Wilson announces a song as "Alcatraz to the Ninth Power."

"Oh! That's not the name of it!" Dylan interjects.

"That's what you told me when you left," Wilson says.

Dylan then proceeds to play a haunting solo piano version of "I'll Keep It With Mine."

Anyway, Dylan has explained the title "Love Minus Zero/No Limit" is a "fraction" that should be read "Love Minus Zero Over No Limit" and that he had the title for some time before he wrote the song. But at one point he was calling this one "Dime Store" and I wish he'd stuck with that.

Recorded in mid-January 1965, "Love Minus Zero" starts out (as many of these songs do) with Dylan lightly strumming an acoustic guitar as he sings. On the second pass, he moves over to piano, while John Sebastian (soon to form the Lovin' Spoonful) joins him on bass. On the third take, Dylan is back on acoustic with Bruce Langhorne providing a tasteful electric lead. Then the song gets two more guitarists (in addition to Langhorne), a pianist and a drummer, allowing Dylan to concentrate on his vocals.

It's a nice demonstration of how a record is built, and it's made possible by Dylan's recording technique, which was unusual even them. While by 1965 most records were assembled piece by piece, Dylan -- who once said he didn't know overdubbing was possible until 1978 -- insisted on recording with the band live in the studio. This means that most of these tracks are discrete performances with slight or major variations in lyrics, phrasing, tempo and/or instrumentation from the versions we came to know as iconic. Throughout the set we get the sense of Dylan and his band mates feeling their way toward what he famously described as that "thin wild mercury sound."

While historically Bringing It All Back Home is best remembered for introducing the electric Dylan, in retrospect, the more important development is the way Dylan revolutionized pop music lyrics, importing sensibilities from the Beats, including a faith in a kind of spontaneous writing. Dylan wasn't worried about making any sense -- he had freed himself from what he considered the "journalistic" narrative conventions of folk and was luxuriating in pure language. Critics who attempt to parse Dylan's words as poetry are bound to be frustrated. The writer is more interested in the way the words "feel" -- what images they set off in the listener's head -- than what they might mean in combination with one another.

It's possible to see all sorts of things in this particular lyric, which starts off admiring a lover's (apparently Dylan's future wife Sara Lowndes) quiet strength before running through verses describing a chaotic outside world before landing, in the final verse, with Dylan's love "like some raven, at my window with a broken wing."

Some have suggested "Love Minus Zero" bears some resemblance to William Blake's "The Sick Rose" in that final verse, which suggests the fragility of love. But the real beauty lies in Dylan's supple, tuneful vocals and the three descending chords that form the hook. It's one of his most beautiful songs.

Elsewhere, there are highlights:

A remarkably hot version of "Sitting on a Barbed Wire Fence" in which Mike Bloomfield's Telecaster squawks and slices through the band's amiable shuffle, leading Dylan to ad lib: "I got this woman in L.A., to make the sweat run down my brow/Well, she's good all right but she ain't as good as this guitar player I got right now."

Dylan's solo piano version of "She's Your Lover Now," as devastating and delicate as it is vitriolic -- "pain brings out the best in people, doesn't it?"

"Farewell, Angelina," the well-known one-take miracle that Dylan apparently only attempted to record once, is here. It was previously issued on 1991's The Bootleg Series Volumes 1--3 (Rare & Unreleased) 1961--1991.

There's a charming moment one minute and 50 seconds into "If You Gotta Go, Go Now" (Take 1, Complete) when Dylan almost loses it, momentarily cracking up at his own lyric.

The in-studio banter before and during the recording of "Rainy Day Women #12 & 35" -- which Dylan insists is called "A Long-Haired Mule and a Porcupine Here" -- is priceless. (Especially the part where producer Bob Johnston addresses organist Al Kooper: "Durin' the take, Al, you think can you keep that radio off?")

Some of this is likely to be of limited interest to most Dylan fans. After all, it's hard to think of how the original albums might be improved -- Bringing It All Back Home, Highway 61 Revisited and Blonde on Blonde are remarkable albums. They stand up with any three-album run of any artist in pop music history. The two-disc, 36-track version is well programmed, and in this digital age it might make sense to procure this version and then choose, cafeteria-style, from the tracks on the six-CD version.

It certainly can be argued that the six-CD set features some filler; I found the third disc, which documents the coming together of "Like a Rolling Stone" deeply interesting, but if you've heard the waltz-time version before, you might be able to do without it. And none of the alternate versions of songs that eventually ended up on Blonde on Blonde are the definitive versions. While it's good to finally hear "Lunatic Princess," I'm not sure I need to hear it again.

Sure, this is the way the record business is now -- kids don't buy CDs, and the market caters to nostalgia-bit baby boomers intent on reliving their glory days. For a lot of people, a boxed set is a talisman, a trophy, something to own. Something like what a record used to be.