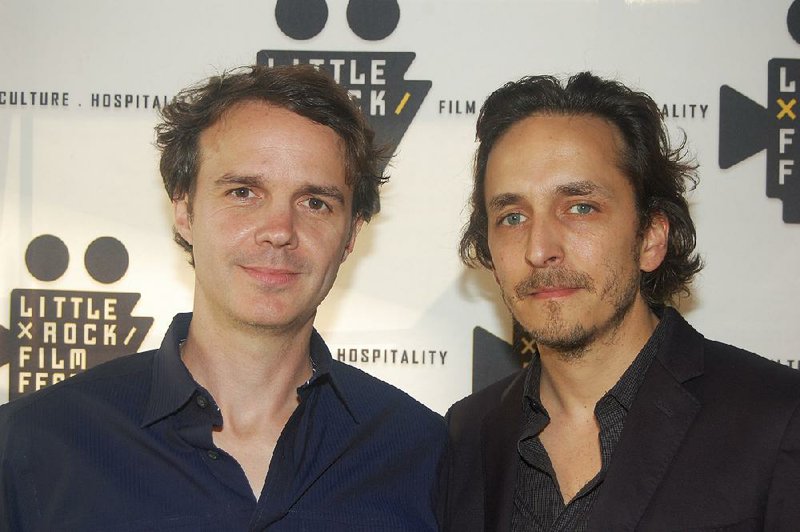 The founders of the Little Rock Film Festival announced the end of the 9-year-old event Wednesday to the disappointment of area filmmakers and dozens of commenters on the festival's Facebook page.

Festival spokesman Matt DeCample said tight finances and time constraints are to blame, principally because festival officials were unable to raise enough money to hire a full-time executive director to alleviate the organizational burden on its all-volunteer staff.

DeCample said organizers had contacted potential public and private sponsors. He did not know how much they were seeking to pay for an executive director's salary.

"We are talking to some potential people and organizations interested in rebooting the festival, so we won't close the door on that if the right people come along," Brent Renaud, one of the festival's co-founders, wrote in an email to the Arkansas Democrat-Gazette. Renaud founded the festival with his brother, Craig.

The festival could face Internal Revenue Service problems if potential donors seek to revive it. IRS records indicate that the Little Rock Film Festival's 501(c)(3) nonprofit status was revoked this summer. The designation means an organization is exempt from paying federal taxes.

The GuideStar Nonprofit Directory shows that the festival did not turn in the required Form 990 documents for three years in row. IRS officials declined to comment on the case, and the Renauds said Wednesday that they hadn't heard that the festival's 501(c)(3) status had been revoked.

"The decision to close the fest, was essentially mine and [was] made mostly from a programming perspective shortly after last year's festival," Brent Renaud wrote.

He said the brothers' careers have taken off "in the past two years due to some professional luck in the way of honors and awards, and as a result we are booked on film and TV projects for years into the future. Because of that we simply will not have the time to devote to helping to run and program the festival."

He wrote that "the festival is debt-free and as healthy as it has ever been, thanks to great and generous local sponsors." But, to replace the Renaud brothers with a paid staff that has "national experience running a top tier festival would simply be cost prohibitive," he wrote.

For this year's May festival, the Renauds had assistance from part-time festival director Gabe Gentry.

"It was a full-time responsibility with part-time pay," said Gentry, who two months ago resigned as the event's director after seven months. He oversaw a more than $100,000 budget and hundreds of volunteers.

Gentry, also a full-time filmmaker, said he ended up forfeiting most of his pay to help out the festival. He declined to say what he was to have been paid or how much he had given back to the festival.

Gentry, 35, said he and other filmmakers in Arkansas were upset by Wednesday's announcement.

"I think they're really crestfallen," he said. "Artists need kind of a venue ... filmmakers need a screen. They need an audience. The Little Rock Film Festival provided that for Arkansas filmmakers. Some of the best friends I have today I met at the festival. Not just colleagues -- friends."

Tony Taylor, founder and executive director of the Film Society of Little Rock, took a vacation from his full-time job as an analyst with FIS Global each year to attend the Little Rock Film Festival.

"It's a huge blow," said Taylor, 40. "That's something everyone in the film community looked forward to every single year. ... It could potentially be devastating to the local film community. I just cannot get over it."

Filmmaker Mark Thiedeman of Little Rock said the festival was an important part of the community and for young artists.

Thiedeman, 33, lived in New York City for 11 years, occasionally working on independent films that he didn't like very much. He moved back to Arkansas six years ago to make his own film and stayed after receiving strong support from the filmmaking community.

Through the Little Rock Film Festival, Thiedeman met people willing to help with projects and critique his work. He has won awards at the festival and made a film -- Last Summer -- that was distributed in the United States and abroad.

"I think the success I found outside of the state stems from here," Thiedeman said.

He called the end of the festival a "tragedy."

Taylor noted that funding is always an issue for arts organizations in Arkansas.

"It would be nice if there was somebody or some organization or some combination of people who could step up and provide funding for an executive director for the Little Rock Film Festival," he said. "That's what they need."

IRS records show that the festival's 501(c)(3) status was automatically revoked May 15 and posted online Aug. 10. The revocation means that donors to the festival can no longer write off their contributions on their taxes, making donating less appealing.

After the Democrat-Gazette asked about the revocation's impact on the festival's ability to raise funds for a new director, DeCample said he was unaware that the 501(c)(3) status had been revoked.

He later asked Brent Renaud and Craig Renaud about the revocation, and both said they weren't aware of it either. So the revocation played no part in public and private organizations' decisions not to financially support the festival, nor did it play a part in the Renauds' decision to discontinue the festival, DeCample said.

The Renauds had been having a dispute with the IRS over paperwork being sent to the wrong address for the festival, DeCample said, but they were under the impression that accountants had settled the matter, and they hadn't heard from the IRS since.

"Everything that the organizers had heard was that everything was getting worked out," DeCample said. "No one directly with the festival has ever been told that their status was not in good shape," DeCample added.

DeCample said he didn't know whether the issue with the IRS was over Form 990 submissions, as noted on the GuideStar directory, or whether accountants believed they had submitted such forms for the festival. A Form 990 is an annual financial statement that nonprofit organizations must file with the IRS.

Clay Sanford, a spokesman for the IRS, said he could not discuss the circumstances of the 501(c)(3) revocation because Section 61-03 of the Internal Revenue Code prohibits the agency from commenting on specific tax issues involving specific taxpayers.

"That would have to come from the organization," Sanford said.

According to the IRS website, a nonprofit may have its 501(c)(3) status reinstated if organizers file a written statement seeking the reversal of the IRS decision and fill out a Form 1023 -- an 18-page document that asks for information about the five most recent tax years and organizational information.

Online IRS records provided information on the Form 990s only for 2008 and 2011 for "Little Rock Film Festival Inc."

The institute, which was once more than $300,000 in debt, worked with the IRS to pay back-taxes and moved into the Hot Springs Chamber of Commerce, which cost less than what the institute had been paying for its previous office space.

The festival was able to continue, despite its troubles. It attracts thousands of people to Hot Springs each fall and is one of about three dozen designated Oscar-qualifying festivals worldwide, meaning that a film declared best documentary short at the Hot Springs festival is eligible for Academy Award consideration.

The Little Rock Film Festival is considered a medium-size festival that's similar to the Arkansas Literary Festival held each year, but is smaller than the city's annual Riverfest, said Gretchen Hall, director of the Little Rock Convention and Visitors Bureau.

Statistics were unavailable Wednesday on the number of Little Rock Film Festival attendees, but Hall noted that the festival had kept expanding and that it was disappointing to see the promising festival end.

"The quality of their festival was always top-notch," she said.

Through the Film Society of Little Rock, Taylor helps organize two smaller festivals each year: the Fantastic Cinema Film Festival for sci-fi and fantasy films, and the Kaleidoscope Film Festival for films about members of the gay, bisexual and transgender community.

Other film festivals in Arkansas include the El Dorado Film Festival and the new Bentonville Film Festival. But the size and scope of the Little Rock Film Festival can't be found elsewhere in the state, local filmmakers said.

"Losing that resource is -- it's a devastating blow," he said.