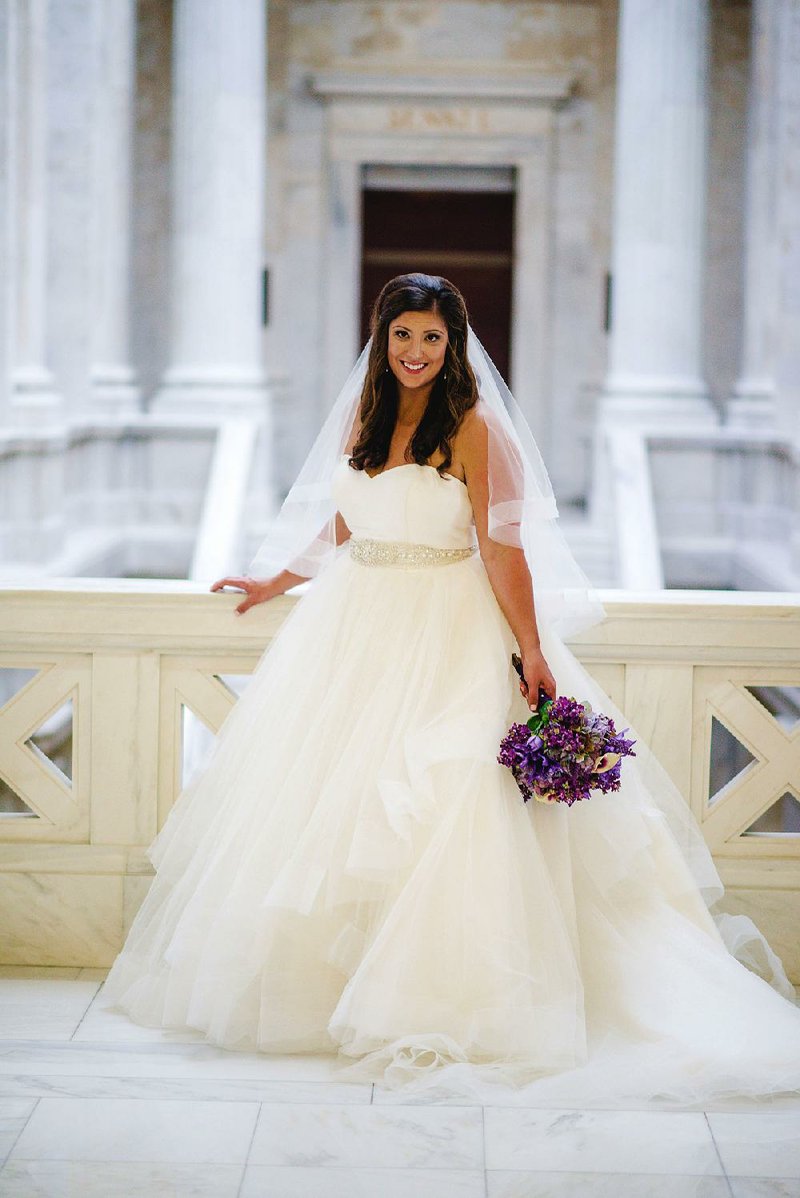 Becky and Wesley Smith, 166 Courts Lane, are the parents of the bride. She is the granddaughter of Bettye and the late Wesley R. Smith of Little Rock and the late Myrtice and Wesley Hale of Sheridan.

The groom is the son of Pam and Art Pozza of Little Rock and Dennis Raney of Fordyce. His grandparents are the late Helen and Joe Raney and the late Sue and Jack Price, all of Fordyce.

The outdoor ceremony was held under an arbor that was decorated with fresh flowers. The farm's fields of sunflowers and pumpkins provided a backdrop. Shepherd hooks lining the aisle held Mason jars filled with hydrangeas, calla lilies, seeded eucalyptus, roses, baby's breath and gladioli. Music was by pianist Velecia Mays.

The bride, give in marriage by her father, wore a natural-colored strapless tulle and duppioni silk ballgown embellished with a beaded belt. She carried a bouquet of purple hydrangeas, calla lilies, purple roses and succulents.

The bride's honor attendants were Amanda Shirron of El Dorado and Emily Raney of Sherwood, sister of the groom. Bridesmaids were Sarah Morgan of Little Rock, Paige Dallas of Houston and Katie Raney of Fordyce.

Flower girls and ring bearer were Emily Matson of Little Rock and Charlotte Raney of Fordyce, niece of the groom, and Keegan Anderson of Rogers, cousin of the bride.

Serving as the groom's honor attendants were Josh Garner of Little Rock and Winston Raney of Fordyce, brother of the groom.

Groomsmen were Andrew Smith of Little Rock, brother of the bride; Drew Chesser of Sherwood; and Matt Garner of Grapevine. Guests were seated by Zach Oliver of Little Rock and Joseph Raney of Fordyce, cousin of the groom.

A reception after the ceremony was held under a pole barn at the farm. Guest tables held arrangements of wedding flowers on large acrylic towers mounted on mirrored bases, arrangements of deep purple gladioli and Mason jars were filled with baby's breath and calla lilies.

The couple will make their home in Little Rock after a wedding trip to Punta Cana, Dominican Republic.