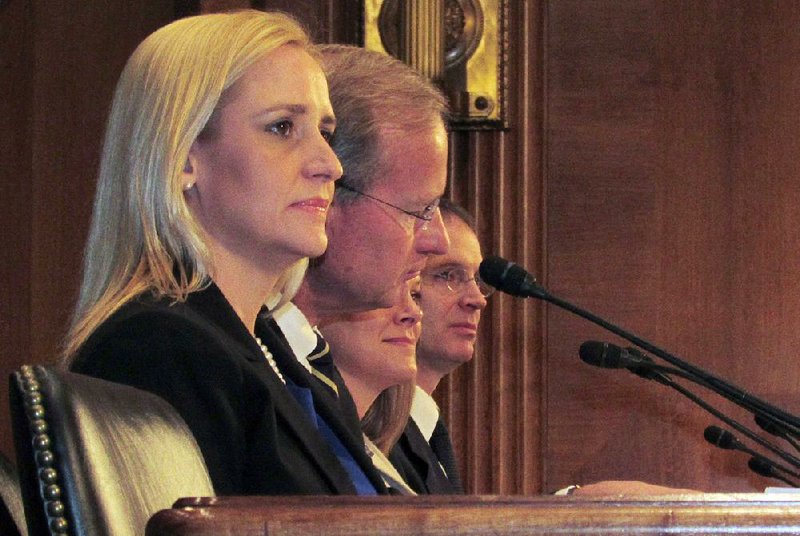 The Arkansas attorney general's office has formally submitted arguments to the nation's highest court that say the state's 12-week abortion ban is constitutional and that the court should revisit its decision in Roe v. Wade. 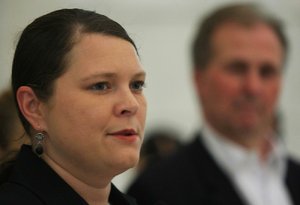 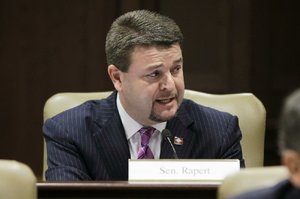 More than a year and a half after a federal judge ruled that Arkansas' 12-week ban was unconstitutional, Attorney General Leslie Rutledge announced Tuesday that her office had filed a petition with the U.S. Supreme Court seeking a writ of certiorari on the constitutionality of the 2013 Arkansas Human Heartbeat Protection Act, also known as Act 301.

A writ of certiorari is an order by a higher court seeking documents from a lower court in order to review the lower court's decision.

"As the State argues in its petition to the Court, I believe that certiorari should be granted to allow the Court to revisit and overturn the arbitrary viability rule," Rutledge said in a statement. "Arkansas and other States should be allowed to advance their profound interests in defending the life of the unborn, which is exactly what the Arkansas Human Heartbeat Protection Act accomplishes."

The 106-page petition, on which the high court has no obligation to act, does not challenge the right to an abortion but argues that states, and not the courts, should have the right to determine how late an abortion can occur.

The office's attorneys argued that standards for fetus viability set in the 1973 Roe v. Wade decision and subsequent rulings have resulted in a legal abortion framework that is "arbitrary, untenable and constitutionally infirm" in the modern day.

The attorneys also argued that "safe haven" laws in Arkansas and throughout the country address the concern of saddling a woman with an unwanted baby, a concern expressed when the high court was considering Roe v. Wade.

In Roe v. Wade, the court noted that forcing a woman to carry a baby to term can negatively affect the woman's "mental and physical health."

Arkansas' safe-haven law enables a woman to anonymously relinquish her newborn to police department or hospital emergency-room personnel without fear of prosecution on child-abandonment or child-endangerment charges. That frees the woman of the burden of raising the child and lessens the need for the court's viability protections, state attorneys argued.

"Put simply, the judicially-imposed viability rule goes far beyond what is necessary for the Court to protect the liberty interest it found in Roe," the petition states. "The Court should allow states to advance their profound interests -- from conception to birth -- in protecting the life of the unborn child ... [and] provide a reasonable amount of time for a woman to terminate her pregnancy."

An attorney with the Arkansas chapter of the American Civil Liberties Union, Holly Dickson, said she has reviewed the petition and doubts that there is anything in the arguments that would prompt the Supreme Court to review the case.

The ACLU supported two abortion providers who challenged Act 301 in federal court after it was passed in March 2013. Dickson said Act 301 has been voided twice now, most recently by the 8th U.S. Circuit Court of Appeals in St. Louis. She added that Rutledge's petition to the U.S. high court was expected.

"The [appeals court] recognized the importance of women's ability to make decisions about their health care, and this is long-standing precedent. We're still confident the Supreme Court will find nothing to review," Dickson said. "We've known from the start that the goal of this legislation was directly to attack Roe v. Wade. Seeing them write it in paper once again does not change a thing for us."

Roe v. Wade guaranteed a woman's constitutional right to an abortion until the point that the fetus is viable.

A series of rulings since the 1973 ruling determined that viability is about 25 weeks.

In March of 2013, Arkansas lawmakers passed Act 301 -- sponsored by Sen. Jason Rapert, R-Bigelow -- which barred abortions after 12 weeks except in cases of rape, incest or pregnancies that threatened the lives of the mothers.

The Arkansas Legislature overrode Beebe's veto. In April 2013, two doctors -- supported by the ACLU and the Center for Reproductive Rights -- filed suit.

In March of 2014, U.S. District Judge Susan Webber Wright said Act 301 flew in the face of 40 years of legal precedent, and she ruled it unconstitutional.

In May of this year, after hearing oral arguments in January, a three-judge panel of the 8th Circuit upheld Wright's ruling.

In its petition, the Arkansas attorney general's office argued that the viability standards established by past federal courts are not only "arbitrary" and "unconstitutional," but outdated.

Nearly nine of 10 abortions are performed within the first trimester of pregnancy, the office's attorneys argued, and medical advances over the past few decades have eroded the court's viability threshold.

The states, not the judiciary, should have the right to set their own standards for viability, the attorneys argued.

"The balance struck by [Act 301] is fairer, more reasonable, and more humane than the viability rule, which ignores many critically important developments since [1973]," the attorneys wrote. "It is a balance crafted by an elected and accountable legislature and not by an unelected and unaccountable court."

On Tuesday, Rapert said he was encouraged that Rutledge is following through on her campaign promise to defend Act 301.

"I personally didn't know what the future would hold [for Act 301]," Rapert said. "But I was hoping that the soul and conscience of America would begin to reawaken to the tragedy [of abortion]."

Attorneys with the state argued that a recent 8th Circuit decision suggested that the high court was warming toward readdressing some abortion matters.

Dickson said she doubts that. She pointed to the U.S. Supreme Court's January 2014 refusal to hear an appeal of a decision that voided the 20-week abortion ban in Arizona.

Officials with the national ACLU said they knew of no other states filing writs seeking stricter abortion bans, but they noted several petitions are pending over challenges to regulations and laws aimed at closing some abortion clinics in Texas, Wisconsin and Mississippi.

"Arkansas is trying to do away with a woman's right to decide whether to have abortion, pure and simple," spokesman Talcott Camp said. "The lower courts took the right step in striking down this dangerous law. It should never have been passed in the first place, and there's no reason to revisit it now."