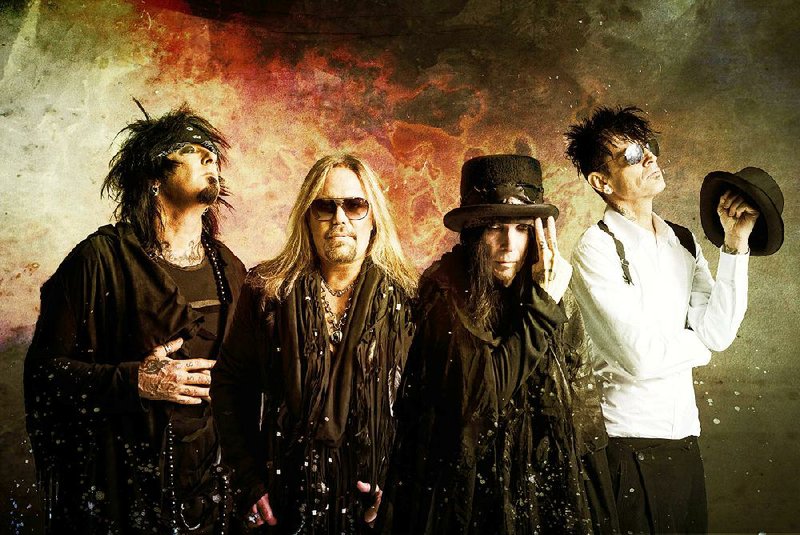 "All Bad Things Must Come to an End," promises the band Motley Crue as it continues on what it dubs The Final Tour, with a stop at 7 p.m. today at Verizon Arena.

Alice Cooper will open the show. 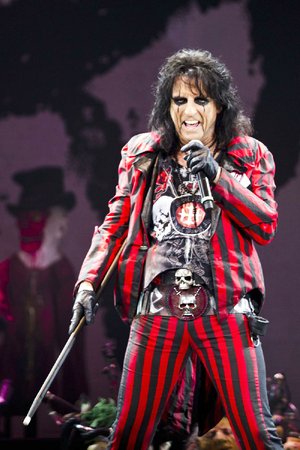 Photo by AP file photo
Alice Cooper is shown in this 2014 file photo.

Motley Crue began its two-year tour by signing a "Cessation of Touring Agreement" in January 2014, and will stop touring after Dec. 31, when the band plays in its Los Angeles hometown, where it began 34 years ago. Members are Vince Neil, vocals; Mick Mars, guitars; Nikki Sixx, bass; and Tommy Lee, drums.

Sixx and Lee founded the band, which has released nine albums between 1981 and 2008.

Alice Cooper (whose original name was Vincent Damon Furnier) was inducted into the Rock and Roll Hall of Fame in 2011, following hit singles "I'm Eighteen," "No More Mr. Nice Guy," "School's Out" and "Elected."

Cooper's band members are Nita Strauss, Tommy Henriksen and Ryan Roxie, all on guitars; Chuck Garric on bass; and Glen Sobel on drums.

Dreaming Sophia will play a "house concert" at 7 p.m. today in the pavilion at Wildwood Park for the Arts. Admission is a $15 suggested donation.

Band members (who describe their sound as "an original mix of eclectic folk") are Sonja Williams on vocals, Ted Williams on rhythm guitar, Jason Choate on violin, Marvin Schwartz on mandolin, David Alexander on bass and Rand Retzloff on percussion and drums.

Theory of a Deadman will headline an 8 p.m. show Sunday at Juanita's that will open with sets by Shaman's Harvest and Aranda. Admission price ranges from $27 to $30.

A couple of bands of brothers will be featured this weekend at Stickyz Rock 'n' Roll Chicken Shack.

The Eskimo Brothers will perform at 9 p.m. Friday. Admission is $6.

JB and the Moonshine Band will perform at 9 p.m. Friday at the Rev Room. Admission is $10.

The Cedric Burnside Project will perform at 9:30 p.m. today at the White Water Tavern. Admission is $10.

Ecstatic Vision, Construction of Light and Becoming Elephants will perform at 9 p.m. today at Vino's. Admission is $6.

Hillbilly Casino will perform from 9 p.m. to midnight Friday at Another Round Pub. Admission is $5.

All Time Witches will headline a 9 p.m. show today at Maxine's in Hot Springs and the opening act is Adam Faucett. Admission is $7.

Hooten Hallers, Memphis Dawls and Federalis will play at 9 p.m. Saturday. Admission is $5.

Minton Sparks, a singer/poet/storyteller, will perform with Sean Buvala, a trainer, corporate coach, speaker and storyteller at 9:30 a.m. and 1:30 p.m. Saturday as part of the Fairfield Bay Oktoberfest StoryFest.