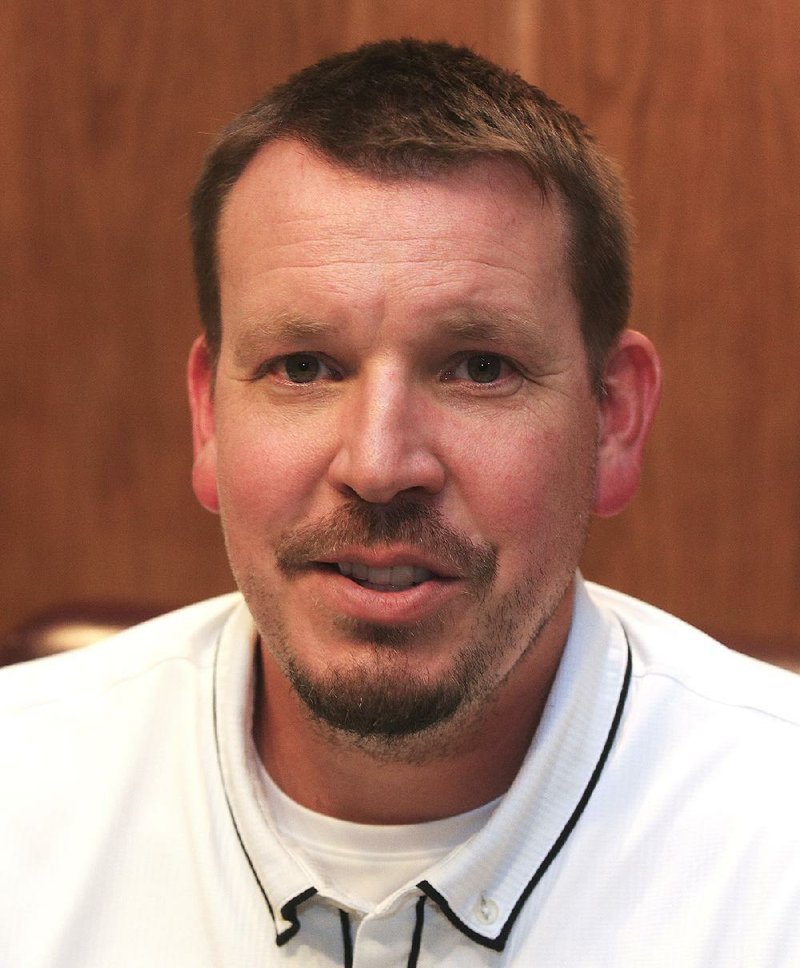 Daniel Gray, president of the Jacksonville/North Pulaski School Board is shown in this photo. ( Staton Breidenthal)

The establishment of the Jacksonville/North Pulaski School District has created a dilemma for parents in the new district who want their children to continue in unique or accelerated academic programs in schools that are beyond the new district's borders. 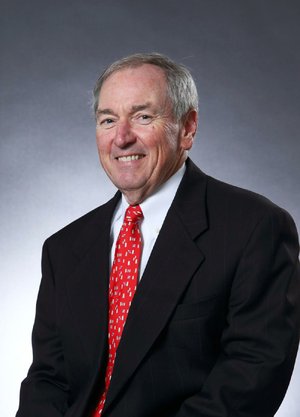 Photo by handout
Tony Wood, superintendent of The Jacksonville/North Pulaski district, is shown in this photo. 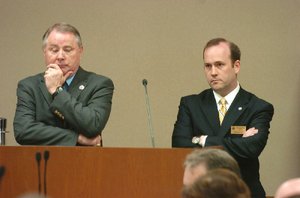 Photo by Steve Keesee
Scott Richardson, an attorney for the new Jacksonville/ North Pulaski district, is shown in this photo.

The special programs -- including Mandarin Chinese language instruction, participation in an orchestra program and the opportunity to select from 21 Advanced Placement courses -- are open to qualified students throughout the Pulaski County Special School District. The programs were started as a way to promote voluntary racial desegregation of the schools in the southeast section of the county where there is a disproportionately higher black student enrollment than in the district as a whole.

"My children have struggled in a traditional school program, and they are excelling in the Scholars Program," parent Amanda Dewitt said. "I do not believe Jacksonville schools will be able to have any classes that are capable of challenging them at the level of the Scholars Program. I do not want my children to return to being bored and disinterested in school. They have worked so incredibly hard, and they deserve to stay where they are thriving."

Tyler Dewitt, a student at Fuller Middle School, said that in his three years in the Scholars Program, he has taken Chinese and learned to play violin. He is currently learning to play the saxophone and taking Algebra I, a course that is more typically a ninth-grade high school course.

Tony Wood, superintendent of the new district, said there is no decision yet on such student transfers. He said it may be an issue that is ultimately referred to U.S. District Judge D. Price Marshall Jr., the presiding judge in the 33-year-old federal Pulaski County school desegregation lawsuit.

Pulaski County Special and Jacksonville/North Pulaski districts are being monitored by the federal court for their desegregation efforts.

"There's not any closure on it," Wood said about the transfer issue. "It's pretty complicated when you throw desegregation into the mix. I think that whatever the ongoing decisions are and whatever the decisions that are made -- if it in any way impacts racial balance in schools -- I think we have to go back to the judge."

Pamela Cain, another mother of students in the Scholars Program, said her oldest child graduated from Mills High in May with 36 hours of college credit earned while in high school.

"He's now a sophomore in his first year of college," Cain said.

"I want this district to succeed, do not get me wrong there," Cain's husband, Dallas Cain, said about Jacksonville/North Pulaski. "But if we can't provide the education our children need, we need to take them where they can."

Deborah Roush, executive director of communications for the Pulaski County Special School District, said there are 81 students, with Jacksonville/North Pulaski district addresses now in the three southeast Pulaski County Special district schools, who would presumably want to continue at those schools next year. Of those 81 students, 38 are in eighth-through-11th grades, 35 are in fifth-through-seventh grades and eight are in third and fourth grades.

"From our side of it, we have said that we are willing to work with Jacksonville/North Pulaski on what they want to do with those student requests," Roush said. "There would have to be some type of arrangement worked out. At this point, with Jacksonville being its own district, those students will be required to attend [the new] JNPSD."

Daniel Gray, president of the Jacksonville/North Pulaski School Board, asked anxious parents at a meeting last week to be patient while school district leaders explore the issue.

He said the programs that draw students out of the Jacksonville area have been sending the message since the 1980s that students have to leave Jacksonville to get the very best.

"This is exactly why Jacksonville patrons have been so frustrated for so many years," Gray said. "It's obvious the talent pool in our community has been drained and sent across the Arkansas River to a program. The best of the best are there."

"At the same time, I don't want to deny anyone choice. I understand each and every one of these cases," he said. "Where I am philosophically and where I am for you individually is probably two different places," he told the families.

Gray also said that the state desegregation aid to the Pulaski County Special district -- used in part to fund the Scholars Program and other accelerated programs in the southeast schools -- will end after the 2017-18 school year. To continue the programs, he said, he suspects the district will have to divert funds from other parts of the district, including Sherwood and Maumelle.

"It hurts me that people in our community are fighting to stay with PCSSD," Gray said. "That system is what put us where we are at. It is what caused our kids here in town to be denied, to be robbed. Those funds are going to be gone. We're lucky because we are out. They don't control us after July 1, 2016."

There is the School Choice Act of 2015, for example, that permits interdistrict transfers, but Pulaski County Special has claimed an exemption to the law because of its involvement in the federal desegregation lawsuit. It will have to decide next spring whether to continue claiming that exemption.

On the other hand, Jacksonville Middle is labeled as academically distressed but Fuller is not, making transfers for those an option.

State law also allows "legal transfers" of students on a case-by-case basis. Those are subject to the agreement of the school boards for the sending and receiving districts.

"They've made a pretty strong case about how important these programs are," Richardson told the Jacksonville/North Pulaski board about the students and parents who want to attend schools in southeast Pulaski County.

"I think they've done well to bring these concerns to the board. We can continue to look to see if there are any other options available. I'm not sure how successful that will be," he said.