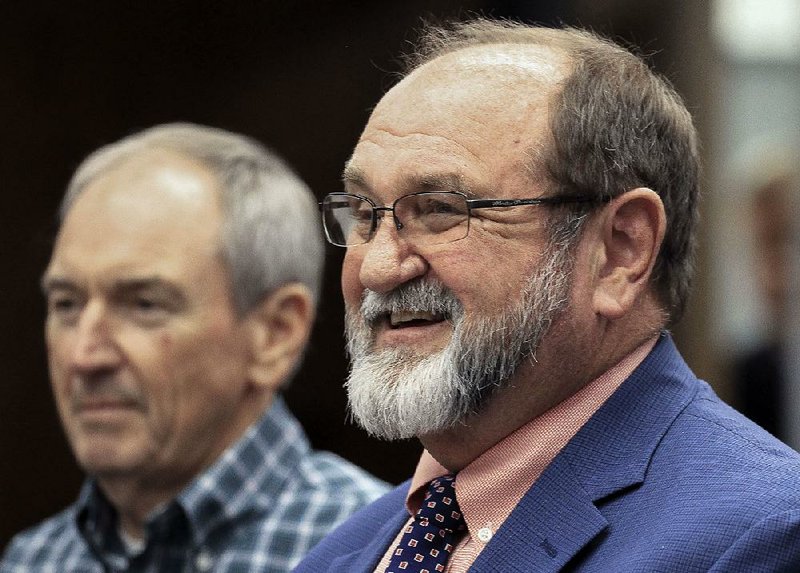 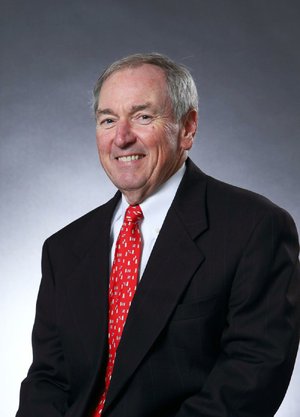 Photo by Special to the Democrat-Gazette
Tony Wood, the superintendent of the Jacksonville/ North Pulaski district, is shown in this file photo. 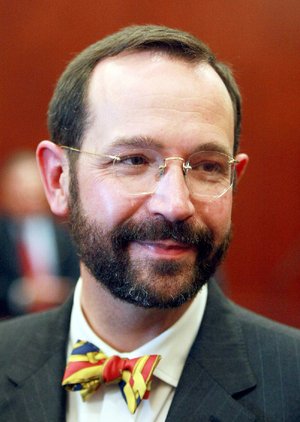 That 15-page plan, negotiated by representatives of the two districts and the state Department of Education, was approved by the Jacksonville/North Pulaski district's interim School Board in August and submitted to Marshall shortly afterward.

The plan spells out how the two school districts will split a multimillion-dollar state desegregation aid payment and a litany of other Pulaski County Special district assets and liabilities in anticipation of the new district beginning independent operation July 1.

The division of school buildings, buses, computer tablets, a pre-kindergarten center, building funds and carry-over financial reserves between the two districts are addressed in the detachment plan. Staffing plans and the transfer of student and employee records from one district to the other are also components.

Representatives of the Pulaski County Special and Jacksonville/North Pulaski districts said Wednesday that they were pleased with Marshall's order.

"It is a situation in which he confirmed what both boards had supported," Tony Wood, the superintendent of the Jacksonville/North Pulaski district, said Wednesday night.

Wood also said the judge's order "brings some clarity to the direction we go as we start to staff the district for next year in this current year."

"Progress is continuing to be made to support the Jacksonville community in having their community district," he said.

The school board for the state-controlled Pulaski County Special district is Johnny Key, the state's commissioner of education.

Allen Roberts, an attorney for the Pulaski County Special district, said the judge's order affirms everything the judge has said in the past.

"There's a little bit of a caution to Jacksonville that Pulaski County Special district Superintendent Jerry Guess is in charge of the desegregation aspects," Roberts added about the contents of the order.

Marshall, in his order, observed that the districts had asked for his approval of the desegregation aspects of the plan, "though there is some daylight between the districts about the particulars of this Court's approval."

The judge also noted that the Joshua intervenors, who represent black students, have some concerns about the detachment plan in regard to facilities and staffing in the new district.

"The Court approves the desegregation-related aspects of the detachment plan with five observations," Marshall said.

"PCSSD, and now [Jacksonville/North Pulaski] in some respects, are directly responsible to this Court for achieving unitary status in facilities, staffing, student achievement, discipline, and monitoring," Marshall wrote.

The judge noted that the two districts got into a dispute earlier this year over the attempted employment of an assistant superintendent for the Jacksonville/North Pulaski district and that the dispute gave the judge "some pause." But he now attributes the dispute to "growing pains, which everyone learned from. And the courthouse doors are open if a similar dispute arises."

The Jacksonville/North Pulaski district remains under the direction of the Pulaski County Special district until July 1.

Among his other observations about the detachment plan, Marshall said that continued collaboration between representatives of the two school districts and the Joshua intervenors "remains essential."

Thirdly, the judge observed that any of the parties in the case can ask him for a ruling on a matter if there is a belief that a detachment plan provision would adversely affect efforts to achieve unitary status and gain release from federal court supervision of desegregation efforts.

The judge also observed that the Jacksonville-area district should develop its facilities master plan, which is due to the state in the next several weeks, with input from Guess.

"He does not have a veto," Marshall wrote about Guess, but said Guess' views should be considered.

He also wrote that the facilities plan -- the new district's long-term vision for improving its aging schools -- must be sent to the judge.

"The facilities questions are first, and mainly, in the hands of citizens in Jacksonville and North Pulaski County, their school board, and their superintendent," Marshall wrote. "But, in the circumstances presented, the Court must consider early next year whether [Jacksonville/North Pulaski district's] Facilities Master Plan complies with Plan 2000 and whether it will enhance or inhibit everyone's ongoing efforts to eliminate the vestiges of segregation in facilities insofar as practicable."

Plan 2000 is the Pulaski County Special district's desegregation plan, which requires the district to equalize its disparate school campuses. The campuses range from old schools in parts of the district that have a high percentage of black students to much newer buildings in more affluent Sherwood and Maumelle.

The judge also observed that staffing issues for the districts will need attention in 2016 and will be the main agenda item at a status conference he will conduct in the spring or summer.

Marshall concluded his order by reiterating that Guess "is the captain of the ship" and "the final word" on all desegregation issues involving the operation of the Pulaski County Special district. Guess is to be involved in facilities, staffing and instructional issues for 2016-17 in the Jacksonville/North Pulaski district, too, although he no longer has the final say on those matters.

"This is a reasonable way of moving toward full detachment in July 2016," the judge said.