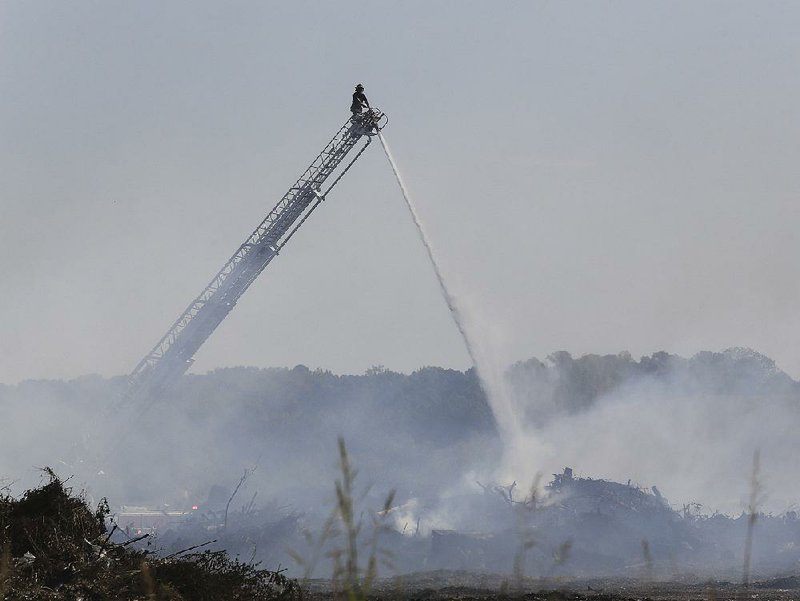 The fire is believed to have started about 3 a.m. Friday at the landfill at 10803 Ironton Cutoff Road. It was extinguished by 1:30 p.m. by crews from the Little Rock Fire Department and Arch Street Volunteer Fire Department, city spokesman Jennifer Godwin said in an email. The landfill also has a hose and water truck that can be used on fires.

A screening machine that is used in composting sustained the most damage from the fire, and a grinder also was damaged slightly. Godwin said the city was waiting on estimates from its insurer to determine how much it will cost to repair the equipment.

The fire was contained to the compost area of the landfill and will not affect trash pickup, Godwin said.

Godwin said the cause of the fire was unknown and was being investigated by the Little Rock Fire Department.