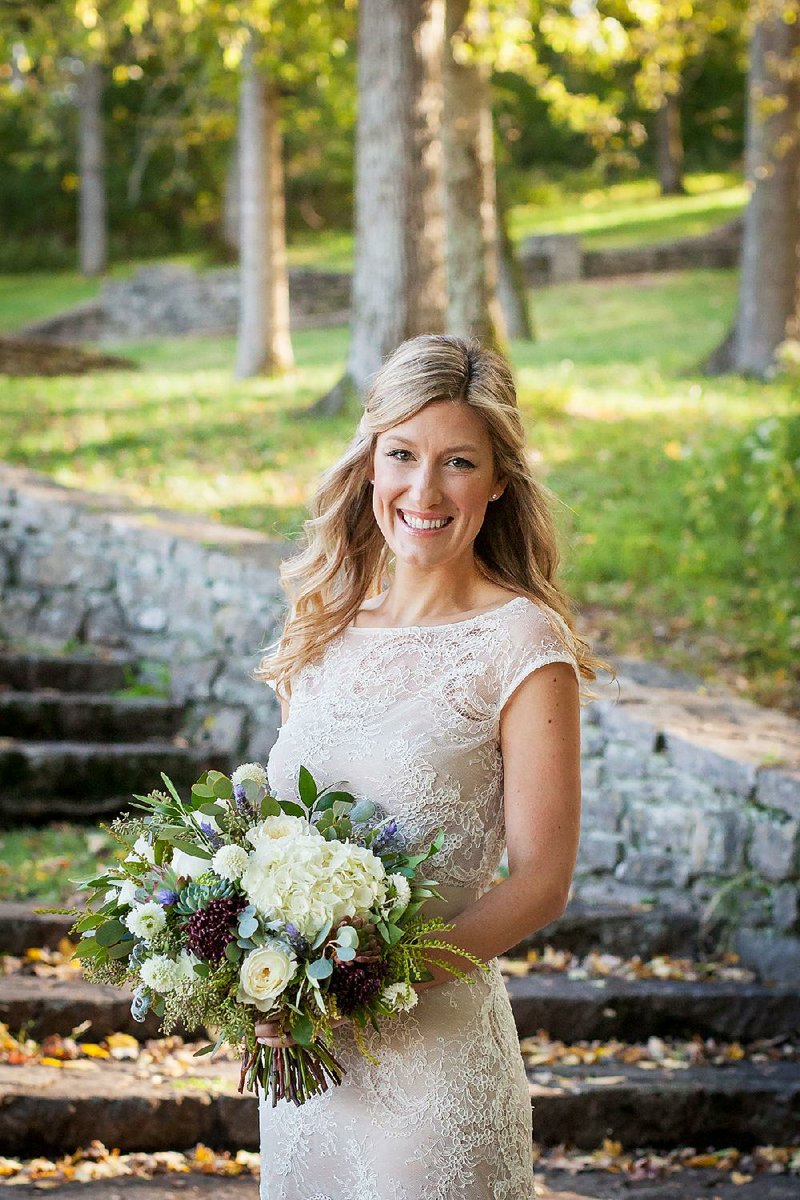 The altar held an urn of garden roses, succulents and lavender. Music was by classical guitarist Rob Higginbotham and the groom, who played the piano as the grandmothers and mothers were seated.

The bride, escorted by her father, wore a champagne silk sheath featuring an ivory lace overlay with a bateau neckline and cap sleeves. She carried a loose arrangement of garden roses, ranunculus, succulents, scabiosa and lavender.

Guests were seated by Jennings Morgan of Little Rock, brother of the bride, and Dr. Benjamin Kaffenberger of Columbus, Ohio, and Thomas Kaffenberger of Pittsburgh, brothers of the groom.

A reception at Rumours East in Nashville followed the ceremony. Outdoor tables were decorated with a mix of olive branches, ruscus, eucalyptus and votive candles.

The couple will make their home in New York after a wedding trip to Hawaii.