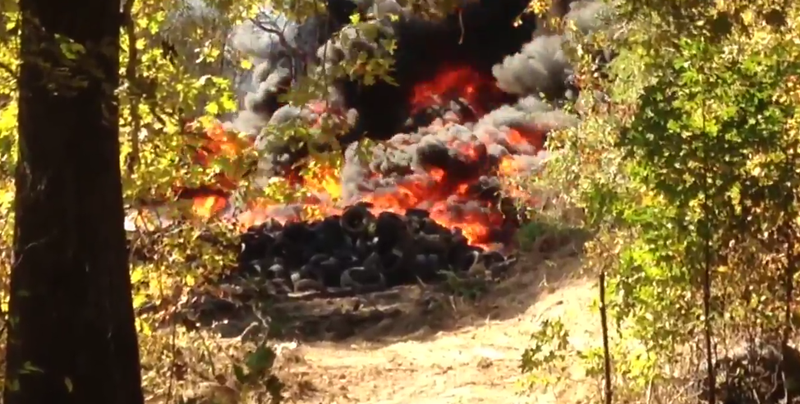 Firefighters are working to contain a blaze that rekindled Monday afternoon after being mostly extinguished late Sunday and early Monday in south Pulaski County.

DeeAnna Bernardi, a firefighter with the Arch Street Fire Department, said crews are fighting a "tire and brush" fire in the area of Pitts Road and Jennings Road.

The fire began Sunday night, she said, and crews worked until early Monday to get it mostly contained.

Officials estimate that about 15 acres have burned so far, Arkansas Forestry Commission spokesman Adriane Barnes said. Three cars and one barn have been destroyed by the fire, but no homes have been damaged.

The tire fire started on private land and crept into nearby woods, Barnes said.

Homes in the area are threatened but residents have not been asked to evacuate, she said. 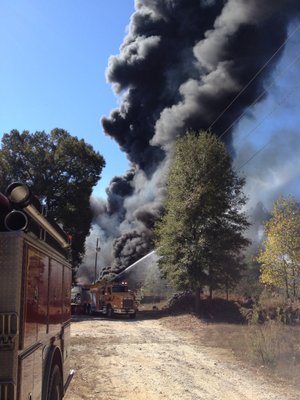 Photo by Rick McFarland
Crews work to extinguish a fire in the area of Pitts Road and Jennings Road on Monday, Oct. 19, 2015.
ADVERTISEMENT