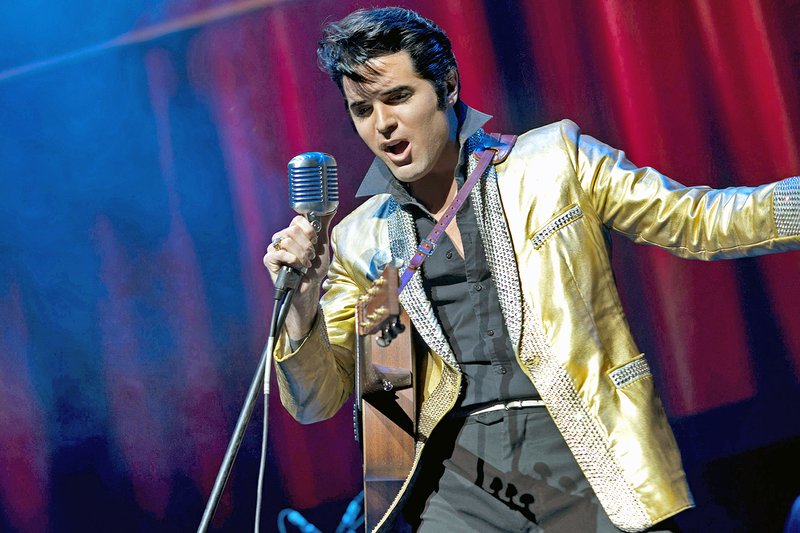 For a short time in the metro, the King of Rock ‘n’ Roll will live.

Most recently, a gospel segment was added to honor Elvis’ recordings in that genre, tribute artist Kevin Mills says.

Mills portrays Elvis during The Movie Years and gospel segments of the show. In 1987, the New Jersey native started a rockabilly band and was told he sounded like Elvis. Three years later, he entered a contest as a ’50s representation of Elvis and won. He’s been touring the world as the rock ’n’ roll legend ever since.

“Here I am, 28 years later in the business, and I’m still getting the part,” says Mills, who is rejoining the show after taking a year-and-a-half break.

The show, which is a part of Celebrity Attractions’ 2015-16 season and presented in association with On Stage Touring and Elvis Presley Enterprises Inc., brands itself as a multimedia production that conveys the story of Elvis through staging, props, a live band, backup dancers and a large screen that helps move the story from decade to decade. Archival footage from Graceland will also be featured.

“All the different segments of his life are wrapped into one show,” Mills says.

Although Mills got his start doing tributes as 1950s Elvis, he says he doesn’t represent that decade anymore.

“I’d love to do other parts, but it’s who can handle the part the best,” he says. “So they know I’m good at working with dancers, and the dancers are big segment of my portion of the show.”

The Movie Years replicates moments from the 1964 film Viva Las Vegas and features Carol Maccri as actress Ann-Margret. The segment includes the songs “Viva Las Vegas,” “C’mon Everybody,” “The Lady Loves Me” and “What’d I Say.”

The gospel section, in which Mills will sport a jumpsuit, features “Crying in the Chapel” and “Peace in the Valley.”

Mills, who says he takes about an hour and a half for preshow preparation, makes a point to meditate, hit the gym or go for a run before a performance.

“Staying in shape is one of the biggest challenges,” he says. “During that time of his career, [Elvis] was so fit. … The hardest part is keeping everything alive.”

But the best part, Mills says, is the aftermath — when fans express their appreciation and love for the show at the show’s meet and greet or online.