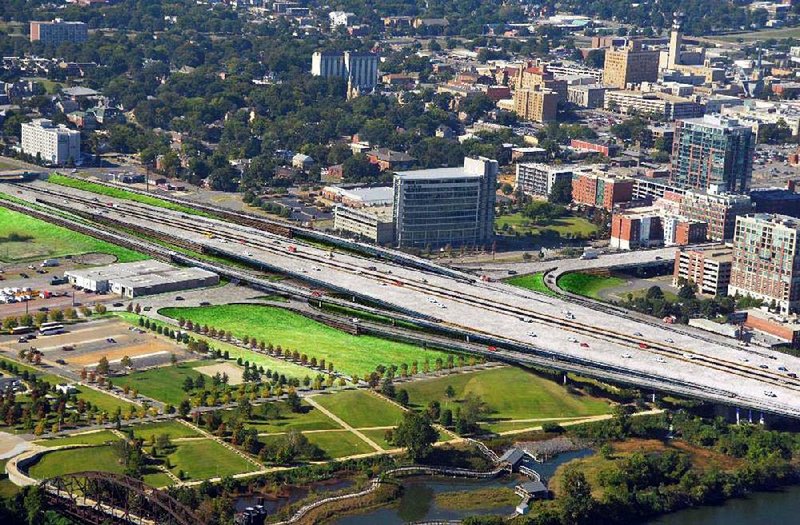 The top official at the Arkansas Department of Highway and Transportation will make a presentation Tuesday to the Little Rock Board of Directors in an effort to quell rising concern, criticism and outright opposition to the Interstate 30 corridor project. 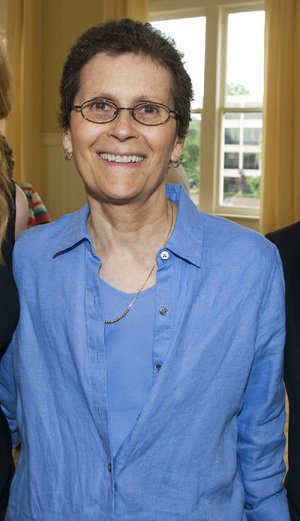 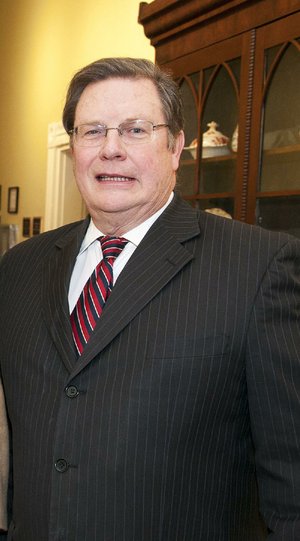 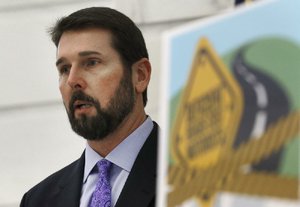 The department also announced that it has extended the comment period by 30 days, to Dec. 6, on the latest proposal for the project to ease congestion and improve safety within the 6.7-mile I-30 corridor that carries some 125,000 vehicles daily through downtown Little Rock and North Little Rock.

The project, which is being called 30 Crossing and includes replacing the I-30 bridge over the Arkansas River, has an estimated price tag of about $600 million, according to the department. A̶ ̶M̶e̶t̶r̶o̶p̶l̶a̶n̶ ̶a̶n̶a̶l̶y̶s̶i̶s̶ ̶o̶f̶ ̶t̶h̶e̶ ̶p̶r̶o̶j̶e̶c̶t̶ ̶p̶u̶t̶s̶ ̶t̶h̶e̶ ̶p̶r̶i̶c̶e̶ ̶t̶a̶g̶ ̶a̶t̶ ̶$̶7̶5̶0̶ ̶m̶i̶l̶l̶i̶o̶n̶. Metroplan, the long-range transportation planning agency for central Arkansas, assumes a $750 million price tag, based on available information, in its analysis of the state's proposed project.*

The bridge and its approaches were built more than 50 years ago and the interchanges, ramps and main lanes in the corridor are substandard compared with modern design requirements. According to project engineers, the current design combined with the congestion account for a crash rate three times as bad as other major corridors.

The bridge also poses a hazard to navigation for river traffic, according to the U.S. Coast Guard and barge operators.

More than 400 people attended a public meeting Thursday at a North Little Rock church to view and comment on the latest plans for the corridor improvement project. It was the fifth public meeting the Highway Department and consultant engineers have held since they began developing the project in earnest in early 2014.

Scott Bennett, the department director, said in a letter dated Tuesday to Little Rock City Manager Bruce Moore that the department welcomed the input. The comment period was supposed to end Nov. 6.

"We're pleased with the interest the public has taken in this project over the past few weeks," he said.

But the director added that some input might be based on incorrect assumptions.

"There has been some confusion in the public dialogue about a number of the project's proposed elements," Bennett wrote. "We would like to present to your City Board of Directors at its next meeting ... and answer any questions the board may have about the project.

"It is important to the department to continue the conversation with the public and stakeholders about the 30 Crossing project's facts."

Bennett's request came as doubt, worry and resistance to the project increase. The project is the single most expensive undertaking in the department's history.

A planning and environmental study completed and approved in July recommends widening the corridor to five lanes in each direction with two lanes in each direction catering to local traffic and separated from the six through lanes. The environmental review study underway now will consider that recommendation as well as an option eliminating the lanes segregated for local traffic.

Little Rock City Director Kathy Webb, who was out of town Tuesday, has said she intends to introduce a resolution in two weeks asking the board to oppose the project, which she said reflects her constituents' stance.

"The resolution is drafted," she said via social media. "The only reason I wouldn't introduce would be if the project were changed to make the project palatable to our citizens."

At the least, Little Rock Mayor Mark Stodola said he wants the department and its consulting engineers to "take a step back and revisit" the latest proposal for the project.

He sent a letter Tuesday to Bennett and to Jerry Holder, an engineer with Garver LLC and the program manager for the $1.8 billion Connecting Arkansas Program, of which 30 Crossing is part, outlining his concerns.

Like others, Stodola is not only concerned about widening the corridor but the changes to the LaHarpe Boulevard interchange, which is used by traffic entering and exiting downtown Little Rock.

The latest proposal for the interchange would require a spur of the Rock Region Metro streetcar system to be eliminated or moved. In the mayor's view, it also would restrict access between the west side of I-30 and the east side, which not only includes the Clinton Presidential Center and Heifer International but also some recently proposed redevelopment.

The latest interchange configuration was drawn up after city officials and others expressed concern about a recommendation from the initial planning study of the corridor that they believed would draw too much traffic through the River Market District, a popular restaurant and bar area with heavy pedestrian traffic.

The new interchange design directs traffic away from LaHarpe and the intersection of Cumberland Street and President Clinton Avenue/East Markham to East Second Street for traffic going into downtown and to East Fourth Street for traffic leaving downtown.

It would require, among other things, elimination of off-street parking on Second and shifting the streetcar line on the street now to accommodate three lanes of traffic, which has drawn opposition from businesses and others along the street.

"I know you have attempted to satisfy the congestion issues on Markham Street, LaHarpe and Clinton Avenue, which I appreciate it, but the corresponding congestion this may create may make this an impractical option," the mayor wrote.

Stodola said he would like to see engineers consider the possibility of eliminating the interchange altogether and direct traffic from I-30 to downtown by Interstate 630.

Gabe Holmstrom, executive director of the Downtown Little Rock Partnership, sent Bennett a letter on his group's behalf Tuesday asking for a 120-day moratorium in the planning process on the 30 Crossing project, saying that the current design will be detrimental to downtown.

"In the past weeks, we have heard repeatedly from our members and other stakeholders for the need to 'press the pause button' and develop a plan that has the most positive overall impact on downtown," Holmstrom said in the letter.

The partnership's specific concerns include the number of lanes needed; pedestrian, bicycle and public transit access; and safety.

"The Downtown Little Rock Partnership is not satisfied with the current plan, and the likely negative impact it will have on the tremendous strides our neighborhood and city has made in recent years," Holmstrom's letter said.

The moratorium is needed, the letter added, "to correctly assess the needs of downtown and suggest a plan that will serve those needs, while still accomplishing the original goals of replacing an aging bridge."

Meanwhile, the Regional Planning Advisory Council, an arm of Metroplan, the long-range transportation planning agency for central Arkansas, will meet Nov. 4 to discuss a Metroplan staff report that says the corridor project as designed likely will "negatively impact existing bottlenecks or create new ones" and will require widening adjoining interstates to "address those worsening points of congestion."

The department said that written comments may be sent by email to info@30Crossing.com or by mail to Connecting Arkansas Program, RE: 30 Crossing Public Meeting, 4701 Northshore Drive, North Little Rock, Ark., 72218.

More information about the project or the materials shown at the most recent public meeting can be found at www.30Crossing.com.

*CORRECTION: Metroplan, the long-range transportation planning agency for central Arkansas, assumes a $750 million price tag, based on available information, in its analysis of the state's proposed Interstate 30 downtown corridor project. An article in Wednesday’s editions should have made clear the figure wasn’t an estimate by Metroplan.