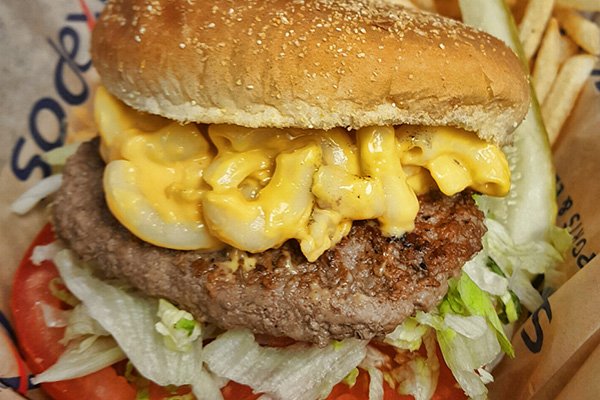 The MacBurger is one of five new menu options at Razorback Stadium in 2015.

FAYETTEVILLE — Fans attending this weekend's season opener between Arkansas and UTEP will notice an increase in concession options at Razorback Stadium.

The UA announced five new menu options Tuesday, including a hamburger and a bacon hot dog topped with macaroni and cheese. Other new options include a pork tenderloin sandwich, a ham and cheese sandwich and buffalo chicken nachos.

Arkansas has also switched to Ball Park Franks hot dogs and will allow patrons to pay with credit cards in the south end zone and club areas of the stadium.