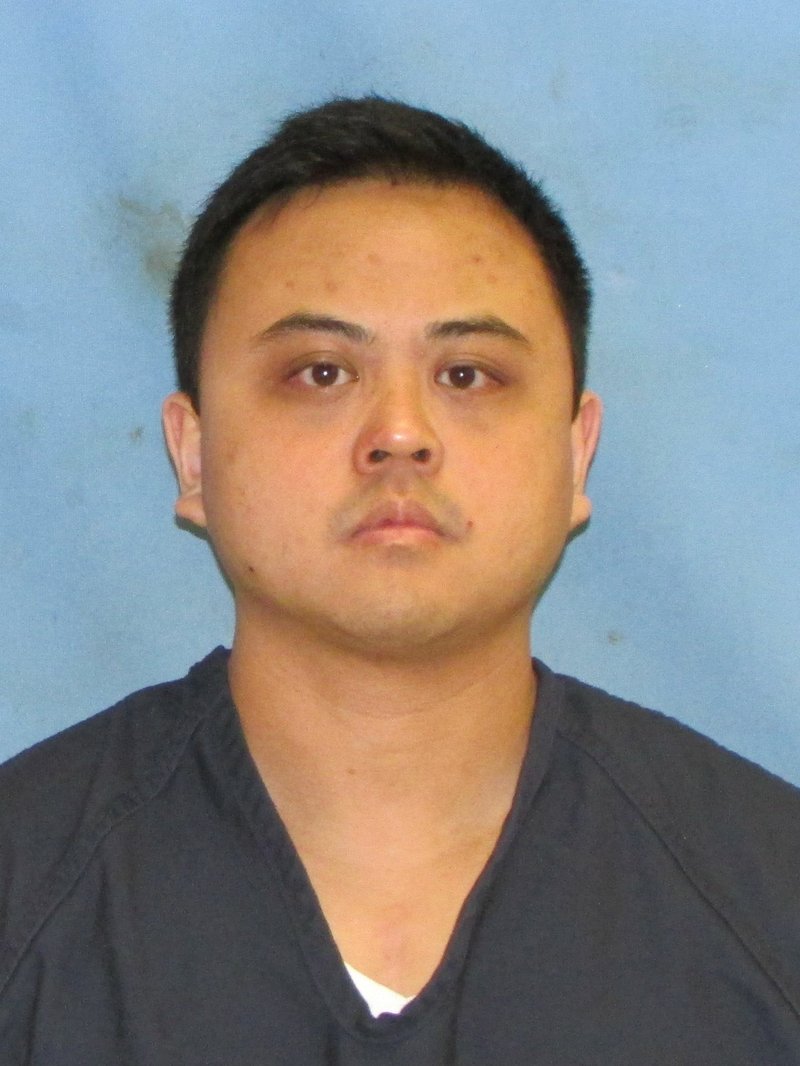 A 30-year-old man who said at his trial over a fatal downtown Little Rock road-rage encounter that he only fired his gun to protect himself was sentenced to 10 years in prison for manslaughter Thursday night.

But the Pulaski County jury that convicted Chris Aaron Schnarr concluded the three-day trial by rejecting key arguments made by both prosecution and defense.

To reach their verdict, jurors spurned the prosecution's contention that Schnarr had deliberately killed 45-year-old Arista Lee "A.J." Aldridge Jr. and thereby deserved to be convicted of first-degree murder, which is what he had been charged with.

But to convict Schnarr of manslaughter, jurors were required to discount the defendant's claim he was protecting himself, because the law does not allow self-defense as a defense to manslaughter.

The eight women and four men imposed the 10-year penalty, the maximum for the Class C felony, after about an hour of deliberation. Schnarr, whose only prior conviction is for misdemeanor driving while intoxicated, will have to serve 20 months before he can qualify for parole.

Prosecutors said witness testimony and police video from the immediate aftermath of the May 2013 shooting proved that not only was Schnarr never in serious danger from Aldridge but that he also could have easily driven away or just rolled up his car window.

But the defendant decided to end the men's quarrel over who had been responsible for a near collision by using his gun because he was too angry to back down, deputy prosecutor Kelly Ward told jurors in closing arguments. Deadly force for self-defense can be used only as a last resort, not to settle a shouting match, she said.

"He didn't want to leave because he wanted to show Mr. Aldridge, 'I have a gun. I win.' Rather than back his car up, he uses his gun to kill Arista Aldridge," she said. "He did not stop shooting until Mr. Aldridge suffered that fatal wound ... until he collapsed. That's how you know his purpose."

Schnarr was on trial a second time because the first jury to hear the case last year could not reach the required unanimous verdict.

In rejecting a first-degree murder conviction, jurors could have also chosen another lesser charge, second-degree murder, which would have required them to determine that Schnarr had killed the man while deliberately trying to harm him.

Jurors chose manslaughter after deliberating almost six hours and listening to recordings of the testimony of the defendant, witness Kevin Paskey and the medical examiner, Dr. Stephen Erickson, who explained how Aldridge had died from being shot in the stomach.

Circuit Judge Leon Johnson declined a defense request that jurors be allowed to consider another lesser charge, misdemeanor negligent homicide, which carries at most one year in jail.

Jurors had two paths to choose from to get to their manslaughter verdict, but they did not have to disclose how they reached their conclusion. They could have concluded either that Schnarr was reckless when he opened fire on Aldridge from inside his own vehicle or that the defendant had been in the grip of "extreme emotional disturbance" when he shot the man.

Schnarr testified on Wednesday he was scared for his life when he came face to face with Aldridge because physical contact and agitation are potentially life-threatening to him because he has a heart condition caused by a rare medical disorder that has placed his internal organs on the reverse sides within his body.

Aldridge and Schnarr had never met before their cars almost collided at the intersection of East Sixth Street and the Interstate 30 frontage road immediately preceding their fatal face-off.

The men exchanged curses, and Aldridge, driving a beige GMC Jimmy on the frontage road, caught up to Schnarr's white Jeep Cherokee on Sixth Street. The older man passed Schnarr's Jeep and stopped in the roadway, with Schnarr following suit.

Aldridge was killed after he had approached the Schnarr car, with prosecutors contending the evidence showed the victim had been backing away from Schnarr when he fired three times, hitting the older man in the shoulder and stomach.

Deputy prosecutor Robbie Jones said Schnarr has spent all of his efforts trying to justify the shooting because the defendant knows he did not have a legitimate reason to kill the unarmed Aldridge. If Schnarr can be believed over another witness, the worst thing Aldridge did was poke him in the face, which does not justify shooting him, the prosecutor said.

"Shoot first, make my excuses later ... that's the main theme of the defense," Jones told jurors. "The most convenient, most obvious easy way not to get poked in the face? Roll the window up. [Schnarr's claim that] I was poked in the face, so I had to kill this man -- not reasonable."

Defense attorney Jeff Rosenzweig told jurors that Aldridge was to blame for the encounter. His client was a college student on his way to use his boss's high-speed Internet connection, he told jurors.

"He didn't ask for any of this. He was minding his own business going to do his homework. He was put in a position that no one should be put in," said Rosenzweig, who was assisted by attorney Chase Mangiapane.

Schnarr held off on opening fire, even while he had the gun in his lap, until he absolutely felt he needed to shoot to protect himself, the attorney said.

"That wasn't Chris' doing; that was Aldridge's choice," the lawyer said, describing Aldridge as being consumed by anger and Schnarr by fear. "He started it. Schnarr had been run down. He had been boxed in. He had already been assaulted one time ... by a man who is in a complete rage."