Weis adapts to life away from football 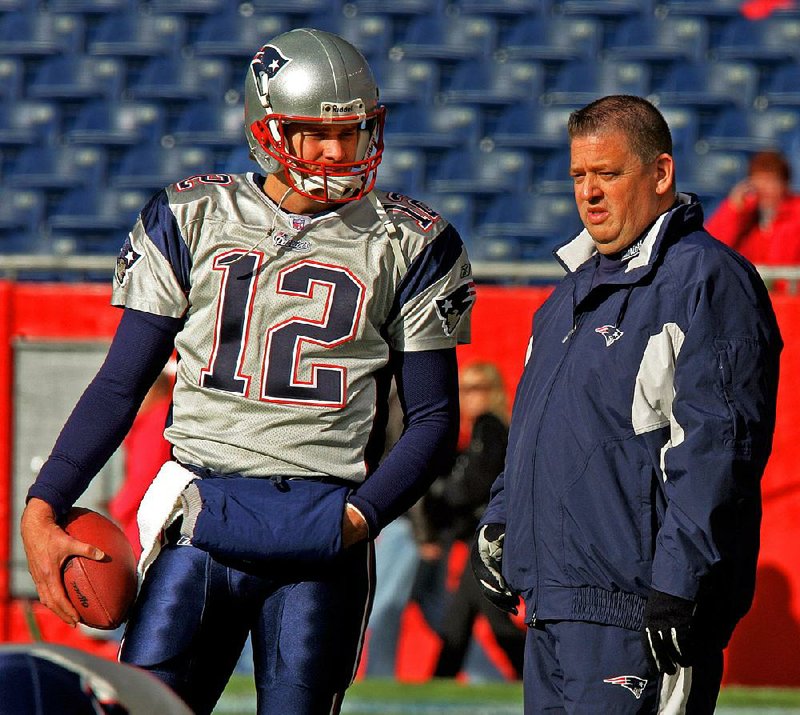 Charlie Weis doesn't have any interest in badmouthing the New England Patriots. 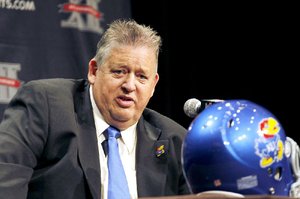 Photo by TIM SHARP / AP
Charlie Weis is shown in this file photo.

Weis coached Brady when he served as the Patriots' offensive coordinator (2000-2004) and credits the quarterback, Coach Bill Belichick and owner Robert Kraft for helping him land the head coaching position at his alma mater Notre Dame in 2005.

"I got it because of those guys," Weis told the Little Rock Touchdown Club on Tuesday at Embassy Suites in Little Rock. "Now you want me to go say bad things about them? I might be dumb, but I'm not that dumb.

"If you're looking for one person to be on the bandwagon, you found the right guy. I'm always going to be thankful and respectful for everything they did for me. I appreciated the small part I got to play."

Weis, 59, served as offensive coordinator under Patriots Coach Bill Belichick, helping lead the team to Super Bowls in 2001, 2003 and 2004.

Weis said his struggles at Notre Dame could be traced to the composition of his coaching staff. Three of his assistants -- Michael Haywood (Miami, Ohio), Rob Ianello (Akron) and Brian Polian (Nevada) -- eventually left to run their own programs.

"I hired too many people that wanted to use the school as a steppingstone for a head coaching job," Weis said.

Weis said his wife, Maura, questioned him on why he would consider coaching at Kansas, which played in the Orange Bowl in January 2008 but has played in only one bowl game since, the Insight Bowl in the 2008 season.

It turned out that she may have been onto something. Weis was just 6-22 with the Jayhawks and was fired after a 2-2 start in 2014 in the third year of a five-year contract.

Thanks to his contract buyouts at Notre Dame and Kansas, Weis is owed $24.6 million through December 2016. But this season marks the first time since 1979 that he isn't coaching on the sidelines.

Weis remains involved in the game through his son, Charlie Weis Jr., who is in his first year as a football analyst at Alabama working under Coach Nick Saban. Weis attended Alabama's victory over Wisconsin on Saturday at AT&T Stadium in Arlington, Texas, and plans to attend the Crimson Tide's Oct. 10 game against Arkansas in Tuscaloosa.

"You're living vicariously through him," Weis said. "It's a little different, because instead of going through minicamps and training camps you're not doing anything.

"I was a little surprised I wasn't as depressed as I thought I would be not coaching, to tell you the truth."

Weis has taken on a more active role in his family's charity, Hannah and Friends, a nonprofit organization that benefits people with special needs. Hannah, 21, who is Weis' only daughter, suffers from Global Development Delays, an intellectual disability that takes hold in a person's formative years characterized by significantly impaired cognitive functioning. The charity has raised more than $5 million since 2003, Weis said.

Weis said he had several opportunities to get back into coaching in 2015, but he is content with his current situation. He said he wishes Arkansas the best of luck Oct. 10 when the Razorbacks visit Alabama, but Weis' loyalties aren't hard to hide these days.

"I root for one team, Alabama, because I love my son," Weis said. "If he leaves Alabama, then I don't root for Alabama anymore.

"I don't buy a whole lot of swag. When you're a young guy, you don't stay in a place very long."

Print Headline: Weis adapts to life away from football