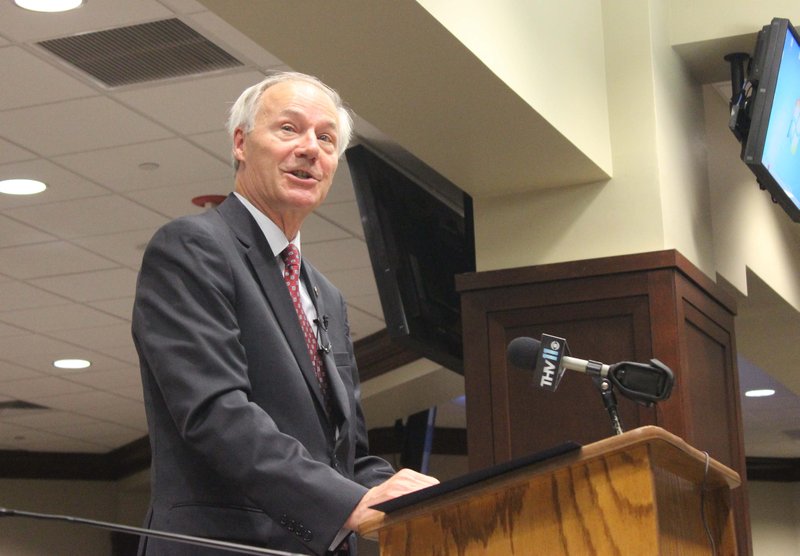 Gov. Asa Hutchinson told U.S. Health and Human Services Secretary Sylvia Mathews Burwell this week that he has asked a state board to "pause" the development of a health insurance exchange for individual consumers. 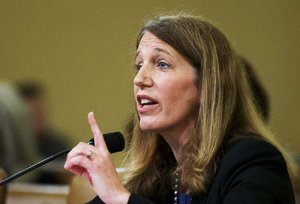 In a Wednesday letter to Burwell, Hutchinson said his proposal for replacing the state's private-option Medicaid program won't require the state to have its own exchange.

But he told the Arkansas Democrat-Gazette that he called for the pause, rather than for scrapping the project altogether, "out of an abundance of caution."

He said he wants the Arkansas Health Insurance Marketplace Board to wait for a legislative task force's recommendations on a replacement program before taking further steps in the exchange's development.

"We are developing a Medicaid reform plan that may not necessitate the development of a state-based exchange that is costing tens of millions of dollars," Hutchinson said in a phone interview.

"In my judgment, it's prudent to pause -- and by that I mean stop -- development of a state-based exchange.

"If ultimately the legislative task force recommends a future reform effort that's consistent with my goals, then we will not need to build a state-based exchange."

It's possible the Legislature could support changes, beyond the ones proposed by Hutchinson, that would require a state-based exchange, he said.

"The legislative task force is required to make its recommendations on reform by December of this year and, in my judgment, it is the wisest course to delay any further development of the state-based exchange pending a final determination on future reform requirements and to fully understand whether a state exchange will even be necessary," Hutchinson said in the letter to Burwell.

In addition to sending the letter, the governor said he spoke to Burwell on the phone Tuesday to explain his request to the marketplace board.

Under the private option, the state buys coverage on the federally operated insurance exchange for low-income Arkansans who became eligible for Medicaid under the expansion of the program approved by the Legislature in 2013.

At Hutchinson's request, the Legislature earlier this year created the Health Reform Legislative Task Force to recommend changes to the Medicaid program, including a replacement for the private option.

Hutchinson's letter came on the same day a marketplace board committee revised its plan for gathering information on the cost of using the computer code from another state to establish an exchange in Arkansas.

Hutchinson said such efforts are "not inconsistent with a pause," but he added the board should be cautious in how it spends federal grant money.

"If we do not build the state exchange, we're going to negotiate with Washington as to the remaining [grant] funds," he said. "We just have to be careful not to go down a path that creates additional expenses that we're held accountable for."

The governor's request for the pause was similar to one made to the board last week by Sen. David Sanders, R-Little Rock, during a meeting of the Arkansas Health Insurance Marketplace Legislative Oversight Committee.

Sanders, chairman of the committee and a supporter of establishing a state-based exchange, called the governor's request a "prudent move."

"There's no need to pour concrete right now," Sanders said Wednesday. "Everything is still up for discussion."

Chris Parker, a member of the marketplace board, called Hutchinson's request a "sensible policy response to the current state of flux."

But he said he wondered how the delay would affect the state's ability to pay for state regulatory activities associated with the federally operated exchange.

Under a partnership agreement with the federal government, the Arkansas Insurance Department has used federal grant money to help regulate plans on the exchange and provide information to consumers.

Insurance Commissioner Allen Kerr has said the federal government prohibited the department from spending grant money on expenses incurred after July 1 but would allow the marketplace board to spend it for up to one additional year to support the transition to state-based exchanges.

The department had planned to transfer about $19 million to the marketplace in July. But Insurance Department and marketplace officials said Wednesday that the transfer has not yet occurred.

The Insurance Department "has yet to receive guidance" from the Centers for Medicare and Medicaid Services on the transfer of the money, department spokesman Ryan James said in an email.

Sixteen states and the District of Columbia have established their own exchanges for individual consumers. Arkansas and 33 other states use federally operated exchanges.

A law passed by the Arkansas Legislature in 2013 created the Health Insurance Marketplace Board and authorized it to set up state-based exchanges for individuals and small-business employees.

The board was awarded a $99.9 million grant for the effort late last year. Enrollment in the small-business exchange, installed under a $7.2 million contract with Reston, Va.-based hCentive is expected to start Nov. 1.

Enrollment in the individual exchange had been expected to start next fall, although marketplace officials have said the pause in development could delay the sign-ups until 2017 or later.

The marketplace board had planned to issue a more formal request to companies for cost estimates and other information on transferring the exchange technology to Arkansas from one of the seven state-based exchanges that the marketplace board considers to be successful.

Under the revised request approved by the board's information technology committee on Wednesday, the cost estimates submitted by the companies would not be binding. Responding to the request would not be a requirement for winning a contract for the project, although it's possible the board could choose to negotiate with a company solely based on the responses submitted, committee members said.

The committee also decided to allow companies other than the four that installed the technology in the seven states to respond to the information request.

Sherrill Wise, the board's chairman, said at the meeting that she still had some hope the project could be completed in time for enrollment to start next fall.

"While we may very well be past the deadline, I don't think we can possibly know that without a review of the seven states and the information" submitted by the companies, Wise said.