Shuler, from one arena to another 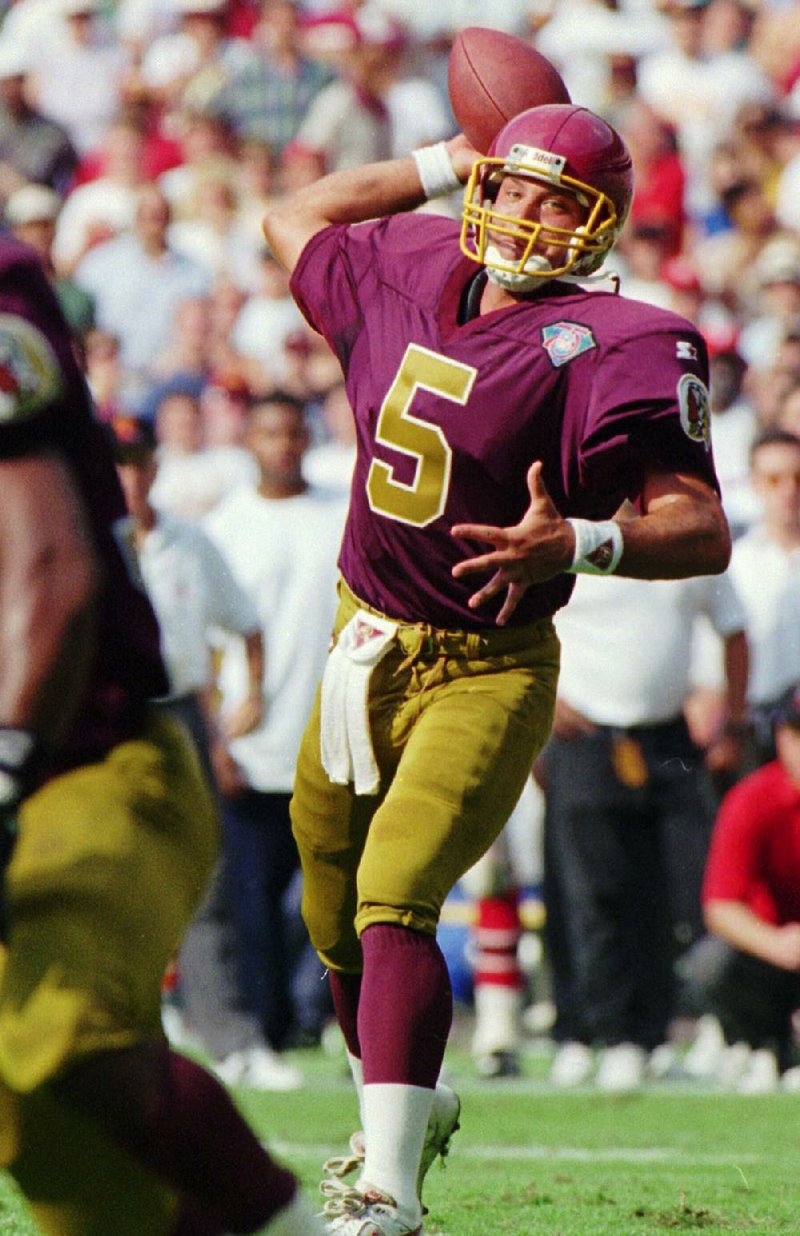 Former Tennessee quarterback Heath Shuler, the Washington Redskins’ top pick in the 1994 NFL Draft, said football helped prepare him for a career in business, as well as politics.

Heath Shuler knows what it's like to be on top and bottom of the football world.

Shuler, 44, was the SEC player of the year in 1993 and a Heisman Trophy finalist when he passed for 2,353 yards and 25 touchdowns. He finished second in the Heisman voting behind Florida State quarterback Charlie Ward.

On the strength of his 1993 season, Shuler bypassed his senior season at Tennessee and declared for the NFL Draft.

The Washington Redskins drafted Shuler third overall in the 1994 draft and after holding out of training camp for two weeks, Shuler signed what was then the league's largest rookie deal at eight years, $19.25 million.

Shuler struggled in his three seasons with the Redskins, starting 13 games with the NFC East team before being traded to the New Orleans Saints in 1997. Shuler retired after the 1997 season because of an injured left foot. In four NFL seasons, Shuler passed for 3,691 yards with 15 touchdowns and 33 interceptions.

Shuler branched off into politics after his playing days ended, and spoke about both careers during an appearance at the Little Rock Touchdown Club on Monday afternoon at the Embassy Suites in Little Rock.

When asked about his NFL career, Shuler put the blame on himself.

"It was God's way of saying there are other things in life."

Shuler went from football to real estate, then entered the 2006 Congressional race in the 11th district in North Carolina to run against eight-term incumbent Republican Charles H. Taylor. He won the election with a 54 percent vote, becoming one of only two Democrats to defeat an incumbent in the South in 2006.

Shuler served three terms in Congress, also winning his district in 2008 and 2010 before retiring in 2012 when part of Asheville, N.C. was removed from the 11th district.

"The talk radio shows and sports was one thing, but they get personal in politics," Shuler said. "I didn't realize they could say whatever they want to and there's no recourse. They can lie about you, you know."

Shuler's football career helped prepare him for what was ahead for him in politics.

"Football was a challenge, but it prepared for me for politics. It also gave me the work ethic to be successful in a lot of other things in life, not just in politics, but in the business world. Every aspect of what I've done has been important to the next chapter."

Shuler is a senior vice president for federal affairs at Duke Energy, based in Charlotte, N.C.. He also coaches quarterbacks at Christ School in Asheville, N.C. His son Navy is an eighth-grader at the school and is the starting quarterback on the junior varsity team.

"He takes everything in," Shuler said. "He studies game tape. He asks the right questions. He's got a good mind for the game. He's a good student of the game. He understands the clock management. I've been real proud of him."

Print Headline: Shuler, from one arena to another