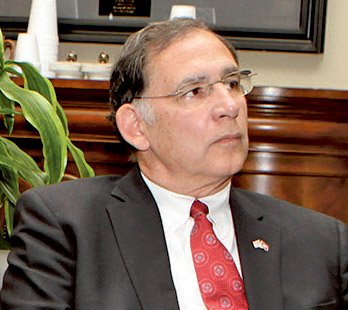 LITTLE ROCK — Republican U.S. Sen. John Boozman says he remains opposed to filling the Supreme Court's vacancy this year, despite his plan to meet with President Barack Obama's pick for the post next week.

The Arkansas lawmaker said Friday that his meeting with federal appeals Judge Merrick Garland isn't a sign he's easing his opposition to considering the nominee this year. Boozman is expected to meet with Garland on Tuesday.

Obama nominated Garland to succeed the late conservative Justice Antonin Scalia. Republican senators say they will hold no hearings or confirmation vote on the nomination in a presidential election year.

Boozman is seeking re-election this fall and has been criticized by Democratic rival Conner Eldridge for his stance on Garland.