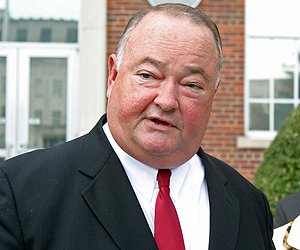 Coughlin spent 27 years at the Bentonville-based retailer, retiring amidst scandal in 2005. He was accused of stealing from the company, and an internal investigation revealed he misused company gifts cards and invoices for approximately $500,000.

He pleaded guilty in August 2006 to five counts of wire fraud and one count of filing a false income tax return and was sentenced 27 months of home confinement, five years probation and ordered to pay more than $460,000 in fines and restitution.