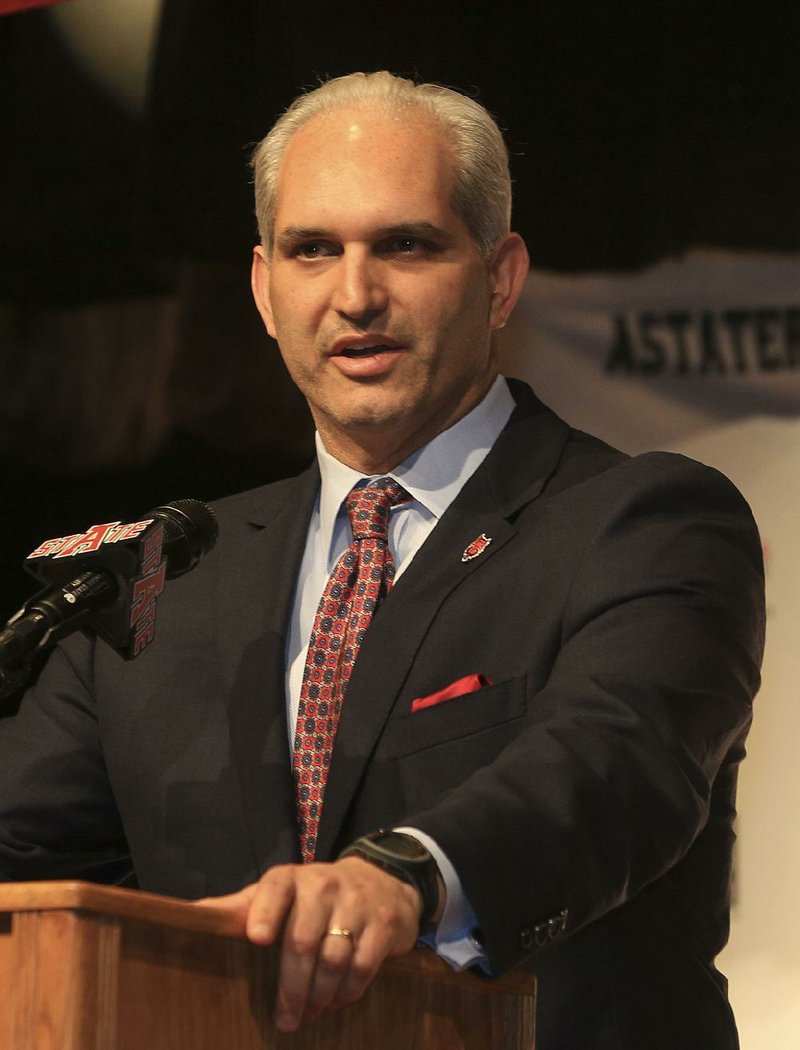 Arkansas State is renewing a football series with a longtime rival.

Athletic directors at both ASU and Memphis have signed a contract for a four-year home-and-home series beginning in 2020, according to the contract and ASU Athletic Director Terry Mohajir.

The series will include games in 2020 and 2022 at the Liberty Bowl in Memphis and in 2021 and 2023 at Centennial Bank Stadium in Jonesboro. The first game, scheduled for Sept. 5, 2020, will be the first time the teams have played since 2013 and will end the longest break in the series in more than four decades.

Mohajir said Friday he is pleased to rekindle a series between schools that have played 57 times since 1914 and 24 times since 1980. He said fans consistently have asked about the series since Memphis declined to continue it in 2013.

The teams last played Sept. 21, 2013 -- a 31-7 Memphis victory at the Liberty Bowl. A 10-year series that Mohajir was seeking was turned down by Memphis Athletic Director Tom Bowen.

At the time, Memphis was in its first season in the American Athletic Conference and had a desire to build a schedule on "national opponents," Wren Baker, then an associate athletic director for external affairs at Memphis, told the Democrat-Gazette in 2013.

Mohajir said he thinks Memphis and Bowen changed their tune based partly on the benefit of those national games -- Memphis beat Kansas and Ole Miss last year but had lost its three previous games to Power 5 schools -- and ASU's stance that it can serve as a boon to ticket sales. Bowen couldn't be reached for comment Friday, and Memphis has yet to publicly acknowledge the series that was agreed upon March 16.

"They need to look at what's best for their organizations, ticket sales, regional matchups, budgets, all that stuff," Mohajir said. "I think that when they start looking at teams that were farther away and the history between us, and strong ticket sales, I think Tom realized it was a no-brainer."

Mohajir's ability on a shuffle board table didn't hurt in getting the deal done, either.

Mohajir said he and Bowen, who both served on the college football advisory board, were in Phoenix for meetings about a year ago. They were playing shuffle board when Mohajir again brought up his desire to get the series revived.

Mohajir won, ran into Bowen again in Phoenix a few months later for meetings, brought it up again and the contract was drawn up last month.

Mohajir, who was hired at ASU two weeks after Memphis' last visit to Jonesboro, said he expects the same type of crowd when the series returns.

"This has been the most talked about opponent to play. We worked really hard on it after the series ended in fall 2013," Mohajir said. "I've spent a lot of time working on it, because our fan base has made it very clear that they'd like to see it back on the schedule. Now, I only control one side of it. But, I hope and expect to see a full stadium."