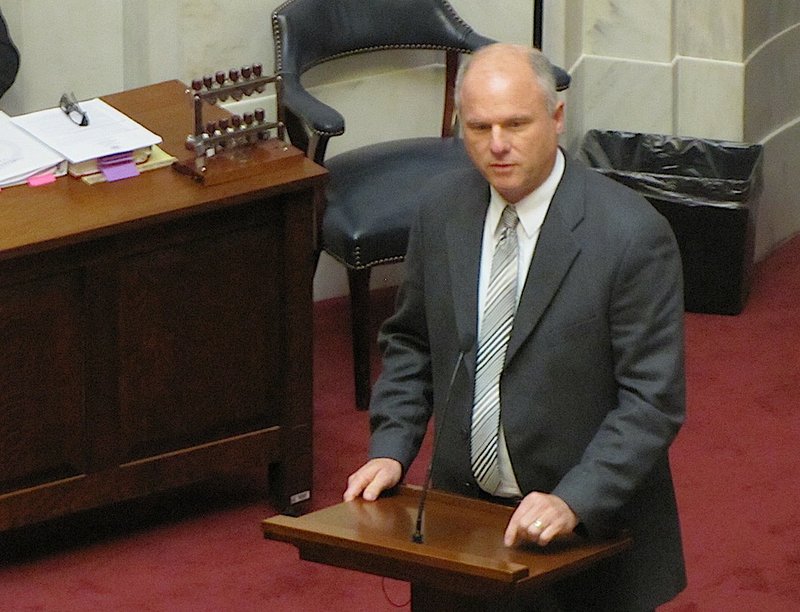 The Arkansas Senate has approved funding for the state’s hybrid Medicaid expansion, with an amendment that the expansion come to a stop by the end of this year.

The legislation, Senate Bill 121, passed with 27 yeas and two nays. Five senators voted present and one senator — Missy Irvin, R-Mountain View — was not present to vote.

Considered a workaround plan, the amended legislation grants Gov. Asa Hutchinson the opportunity to veto the amendment, thus allowing for the reinstatement of the expansion. Hutchinson has said he intends to use that authority.

Before Wednesday's vote, a number of Republican and Democratic senators spoke out for and against the bill on the Senate floor.

One of those speaking out against, Sen. Terry Rice, R-Waldron, cautioned that approval of Medicaid funding and the plan to secure a line-item veto was not in keeping with a legislator's responsibility to the public.

"We are called obstructionists. So be it," he said.

Rice was one of five senators to vote present.

The Joint Budget Committee on Tuesday voted 41-11 on the amendment, which was proposed by Sen. Jim Hendren, R-Sulphur Springs.

On the Senate floor Wednesday, Hendren dismissed arguments that the plan for a line-item veto was a "trick" or an "unprecedented transfer of authority over to the executive branch."

"If it's a trick, then its the worst implemented trick I've ever seen. ... When I presented the agenda, I could not have been more clear what was going to happen," he said.

The bill now heads to the Arkansas House for a vote on Thursday, where House leaders believe there is enough support to send the legislation to Hutchinson's desk.

Even if opponents try to override his action, Hutchinson is still expected to have more than the number of votes required to uphold his line-item veto.

In a statement to The Associated Press, Hutchinson said he is "confident that the bipartisan approach that achieved success in the Senate will provide momentum for this strategy for funding Arkansas Works as it heads to the House floor tomorrow." 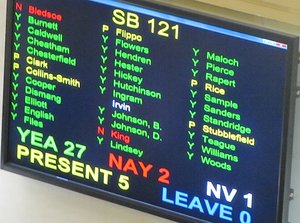