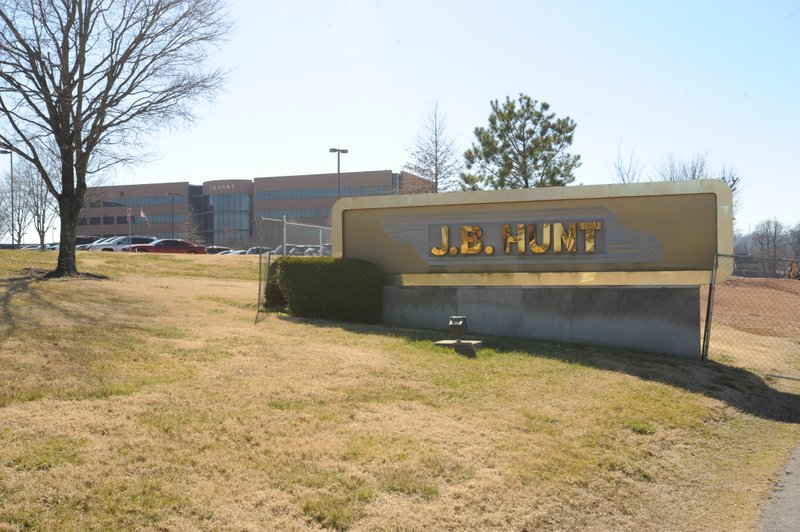 J.B. Hunt Transport Services Inc. shareholders on Thursday approved a proposal requesting the company amend its equal employment opportunity policy, going against the recommendation of the company's board of directors.

The proposal, which was submitted by Boston's Trillium Asset Management and considered during the company's annual shareholders meeting in Lowell, asked J.B. Hunt to specifically prohibit discrimination based on "sexual orientation, gender identity or gender expression."

J.B. Hunt's board recommended shareholders vote against the proposal, believing the amendment is unnecessary because its current policy and practices achieve the objective.

David Mee, J.B. Hunt chief financial officer, said Thursday that 54.7 percent of the votes from shareholders were in favor of the proposal. Mee said 93 percent of shares were accounted for in the voting.

Brianna Murphy, a vice president of shareholder advocacy with Trillium Asset Management, attended Thursday's meeting and said approval from shareholders was "pretty significant." The proposal later received final approval from the company's board of directors.

"I wasn't really sure what to expect," Murphy said. "Although with everything that's been going on with North Carolina and other states, with companies really being vocal on this issue, I did expect some support. But I did not expect a majority. I was very excited to hear that."

Murphy, who was given the opportunity to address the board during the meeting, said 93 percent of Fortune 500 companies have amended equal-opportunity policies to include sexual orientation and gender identity. She urged J.B. Hunt to do the same. The issue has been prominent recently, since North Carolina passed a contentious law last month.

J.B. Hunt said in its proxy statement that the board recommended voting against the proposal because the company is committed to operating its business in full compliance with employment laws and providing employees with a workplace free from unlawful discrimination or harassment of any kind.

According to the proxy, the company's harassment and discrimination policy specifies "J.B. Hunt will not tolerate discrimination in employment on the basis of race, sex, age, religion, protected veteran's status, color, national origin, disability or other legally protected practices."

But Murphy said that with J.B. Hunt operating in about 40 states, employees would be at the "mercy" of state and local laws without specific protection from the company. Many of J.B. Hunt's peers, including other Arkansas companies like Wal-Mart Stores Inc., and Tyson Foods Inc., have amended policies in efforts to protect their employees, she said.

Murphy also stressed that any changes are inexpensive.

"We feel like this is a very reasonable request," Murphy said. "We're asking them to add four words. I venture to say they've already spent enough time and money fighting us on this than they would if they would've just made this change from the start."

The rest of the meeting was business as usual -- mixed with a few light-hearted moments -- for J.B. Hunt, which reported $6.2 billion in revenue in 2015. The company has developed a reputation for quick shareholders meetings, and Thursday was no exception -- wrapping up in less than 20 minutes.

J.B. Hunt Chairman Kirk Thompson referred to the speed of the company's meetings by reciting a joke during his opening comments: "Like Henry VIII told his sixth wife, I won't keep you long."

J.B. Hunt shareholders approved the election of 10 members to its board of directors for the year and recognized director John White, who is retiring after serving on the board for 18 years. White, after accepting a plaque from the company, said he would place it on his desk at the University of Arkansas and encourage more students to join the company to help increase the value of his shares.

Mee concluded the business portion of the meeting and began what he described as the "entertainment" by introducing J.B. Hunt Chief Executive Officer John Roberts.

"We tried to get the Rolling Stones, but they declined," Mee said. "So we're stuck with John Roberts."

Roberts highlighted some of the company's achievements and initiatives in 2015, including technological upgrades and improvements through "Project Next," the introduction of the J.B. Hunt Drive app designed to help drivers manage their duties better, and the formation of a 25-member committee called "Elevation" to develop ideas aimed at improving the company.

Roberts also applauded the resurgence of J.B. Hunt's trucking segment in 2016. Intermodal remains the biggest piece of the business, accounting for about 60 percent of J.B. Hunt's revenue, but Roberts said the performance of other divisions like trucking, dedicated contract services and brokerage business can take pressure off the segment and help the company continue to grow.

Roberts said the trucking segment, which was the core of the company when it was founded by J.B. Hunt, helped "fill the gaps" in 2015.

"We've almost come full circle," Roberts said. "The brand has come back to the simplicity of our enterprise. ... When customers see us more simply, it opens us up for more free thinking."