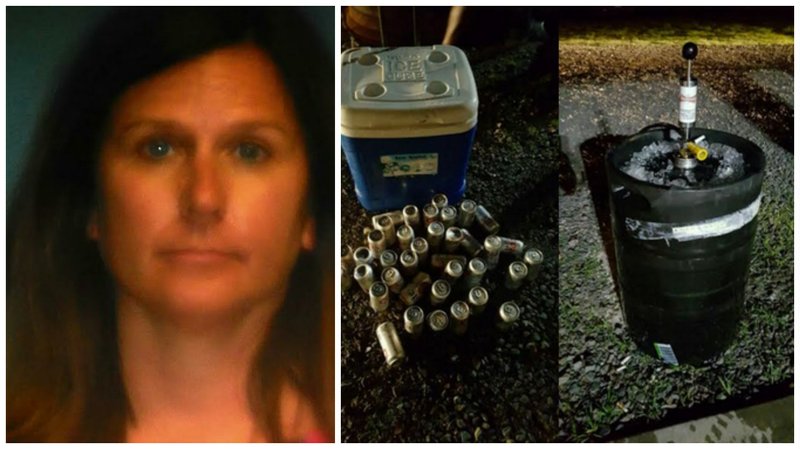 A Sherwood elementary school teacher accused of giving alcohol to more than 30 minors at an after-prom party has been suspended, a district spokesman said Monday.

Duncan teaches fourth grade and has worked at the school for eight years, according to the school's website.

Duncan was arrested Sunday and charged with 33 counts of contributing to the delinquency of a minor, 33 counts of furnishing alcohol to a minor, two counts of third-degree endangering the welfare of a minor and violation of the Arkansas Social Host Law, according to information provided by the Lonoke County jail.

Deputies arrested Duncan after they responded around 4 a.m. to a party on her family's property near West Lewisburg Road, Lonoke County Sheriff John Staley said. They found several empty alcohol containers as well as a full-sized keg.

Duncan, who appeared intoxicated while talking to police, said she had "everything under control" and didn't see a problem because she had been there the entire night making sure everyone was OK, according to a news release from the sheriff's office.

Staley said that several intoxicated students between the ages of 15 and 18 were passed out throughout the premises. Others tried to hide in the nearby woods or escape in their cars, he said.

Deputies called students' parents as well as an ambulance for those who were extremely intoxicated, Staley said. None was taken to a hospital for treatment.

Duncan was released from the Lonoke County jail Sunday on a $21,000 bond, the sheriff said Monday.