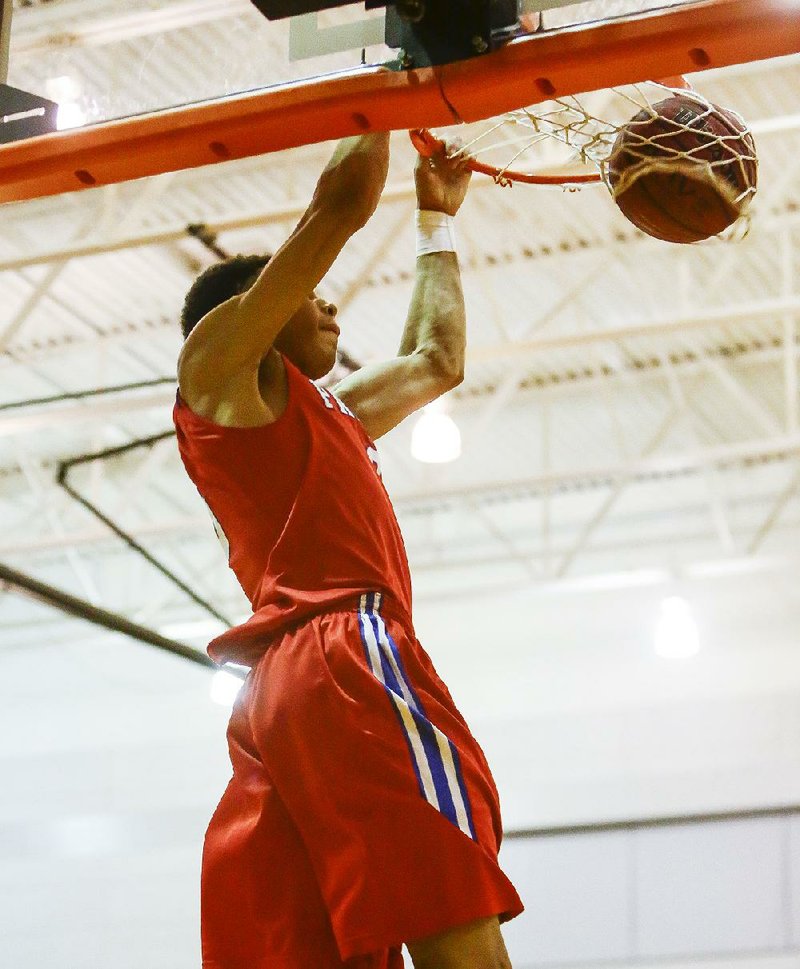 Little Rock Parkview guard Khalil Garland, 6-5, 195 said Anderson reached out to him over the weekend. He said as of now, there's a good chance he would visit the Hogs.

Garland was committed to Memphis, but reopened his recruitment April 19. He plans to officially visit Oregon, Kansas and LSU. He might visit the Duck this weekend. The other two visits would be after the NYBL session in Virginia May 13-15.

2017 Arkansas forward commitment Daniel Gafford is averaging 10.8 points and 9.3 rebounds a game for the Arkansas Wings. He's shooting .565 percent from the field.

2017 Razorback guard commitment Darious Hall is averaging 15.9 points and 8 rebounds a game for the Memphis Magic Elite. He's shooting 52.4 percent from the field.

Greenwood linebacker-fullback Grant Morgan, 215 pounds had the best power clean in the 242 weight class during Saturday's state weight lifting meet with a lift of 315 pounds.

Morgan will be reporting to Arkansas this summer as a preferred walk-on.