BENTONVILLE -- Two Bentonville High School students said the chance to act as youth ambassadors to Colombia last month was one of the best experiences of their lives. 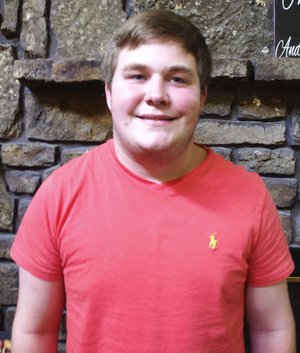 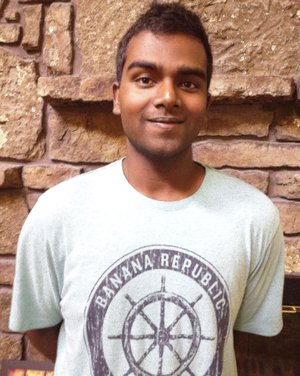 Hastings Scriber, 16, and Surya Gudivada, 17, were two of 10 students chosen from across the country to spend three weeks in Colombia as part of Partners of the Americas' Youth Ambassadors program.

Partners of the Americas

Partners of the Americas, founded in 1964, is a nonprofit, nonpartisan organization that seeks to solve the hemisphere’s toughest challenges by bringing together various organizations and individuals with the right knowledge and resources. Youth Ambassadors, operated in Colombia and Venezuela, is one of the programs it administers in an effort to build understanding among countries, increase leadership skills and develop a commitment to service.

"I thought it was a wonderful opportunity to learn about a new culture, improve my Spanish and show Colombians what Americans are like, as well as learn so much about who Colombians are," Scriber said.

The program, sponsored by the U.S. Department of State, covers all of the participants' travel expenses. The students engage with local government and civic organizations, visit schools and build relationships with host families and other teens during their trip.

The group's trip began July 5 with a five-day stay in Washington before they flew to Bogota, Colombia, the nation's capital. They spent a few days in Bogota before moving on to Barranquilla, a city of more than 1 million people on the country's northern coast. They returned from their trip Saturday.

Scriber and Gudivada agreed their favorite event of the trip was a visit to Fundacion Formemos, a Bogota boarding school for children who've been displaced by conflict in their country. The American teens taught the Colombian kids how to play ultimate Frisbee, Scriber said.

"What was great to me was, most of us weren't fluent in Spanish, and they weren't fluent in English, so our communication verbally wasn't there," he said. "But we were just bonding over this activity, this sport, and creating a great time together and having a lot of fun. It really speaks to the fact that regardless of where you're from or what language you speak, you can still have a great time with anyone."

Both teens have studied Spanish in school for several years, but were challenged to keep up with native speakers.

"In school we just learn words and learn how to write and a little bit of grammar, but it's really different being put in an environment where you have to have fluent conversations," Gudivada said.

The Americans stayed at a hotel in Bogota, but with host families during their 18 days in Barranquilla.

"None of them spoke English except my host brother, so that was a really big challenge," Gudivada said about his host family. "But they still wanted to communicate a lot, so we managed to get through that."

Many Colombians they encountered during their stay wanted the students' opinions about various issues in America. The students also had to clear up some misconceptions.

"At one point one lady asked, 'So you guys use guns in American schools all the time, right?' And I was like, eh, no, not really," Scriber said.

Gudivada said he wants someday to work with the humanitarian organization Doctors Without Borders. His experience in Colombia encouraged him.

"I want to work in Latin America. There's a lot more to see there," Gudivada said.

The eight other youth ambassadors on the trip were from Maryland, Missouri, North Carolina, Pennsylvania, South Carolina and Texas, Scriber and Gudivada said. They were accompanied by an adult mentor, a Spanish teacher from Virginia.

Upon returning to America, program participants are expected to apply what they learned to design and implement a service project that benefits their communities.

Scriber and Gudivada said they're planning a project together that focuses on feeding the hungry. Their hope is to raise money for food using an idea they heard about from a Venezuelan group.

"They went to lots of offices and put out boxes and collected literally tons of paper, and recycled that paper for money," Gudivada said.

Scriber and Gudivada applied to be ambassadors at the encouragement of Misty Dail, a Bentonville High School Spanish teacher.

To be considered, students must submit an application accompanied by a letter of recommendation. The applications are screened by the state chapter of Partners of the Americas; certain ones then are forwarded to the national level for review. Students then are chosen for an interview, which includes questions in Spanish, Dail said.

"It's an amazing program," she said. "I can't even tell you how thankful I am that my students have this opportunity."

Bentonville hosted a group of 14 Colombian and Venezuelan students through the same program last year. They stayed with volunteer families. The Venezuelan teacher who accompanied them stayed with Dail.

Another contingent of Colombian and Venezuelan students is expected to visit Bentonville next month. Dail said she'll be seeking host families for them as well.

"There is not a better opportunity for my students than having a native Spanish speaker living with them," she said.