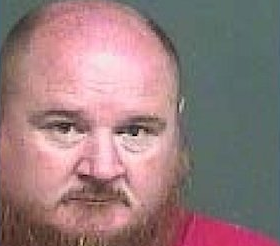 TEXARKANA -- A Texarkana pastor charged earlier this month with three counts of sexual assault involving a teen girl has been arrested a second time.

David Wayne Farren, 41, was booked into the Miller County jail Friday on a charge of second-degree felony sexual assault and a misdemeanor charge of violation of mandatory reporting requirements, jail records show.

Farren previously was arrested Aug. 3 on three counts of first-degree sexual assault. Those charges stem from acts that Texarkana police said occurred in 2013 with a girl who was 16 while Farren was serving as her youth pastor.

The most recent sexual-assault charge involves a different victim.

Farren had been free on $25,000 bond before his arrest Friday. He was being held in the Miller County jail Saturday. Farren is expected to make an initial court appearance Monday on the new charges.

Members of the clergy, educators and medical personnel are considered mandatory reporters under the law, meaning that if they acquire knowledge that a child may have been sexually or physically abused, they are obligated to report it to authorities or face a criminal charge.

Farren is accused of violating the mandatory reporting law and faces up to a year in the county jail if convicted.

Farren's attorney, Texarkana lawyer Jason Horton, had asked on Aug. 4 for a gag order in the original case, citing media coverage of Farren's arrest and public comments made on online venues. Prosecutors opposed the motion.

Circuit Judge Brent Haltom of Texarkana agreed with the defense, instructing the prosecutor's office and law enforcement officials to obtain the court's permission before disseminating any details regarding the case. However, Haltom said the gag order in the Farren case only applied to the original three counts of first-degree sexual assault.

"If they make another arrest, nobody is gagged on that," Haltom said.

"An individual has come forward, and there is an ongoing investigation as to other claims," Mitchell said during the Aug. 4 hearing. "We do believe there are additional victims that will come forward."