Arkansas parents struggle to get help for dyslexic kids 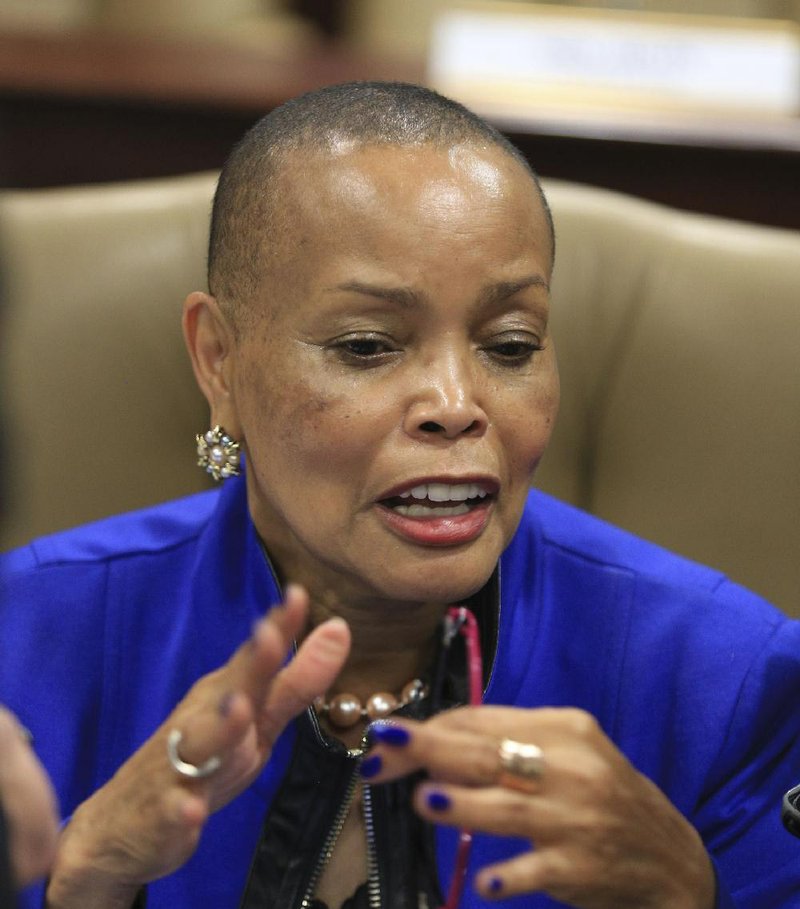 Janetta Pugh started noticing signs of dyslexia in her oldest daughter when the girl was a toddler.

"Just trying to work on the alphabet, simple little things that toddlers normally do, she couldn't," Pugh said.

Pugh said she tried to talk to her daughter's teacher, school administrators and counselors about getting her tested for dyslexia. But she said the school refused to test her because she was too young.

She eventually got her daughter Mary Elizabeth privately tested and, once she had the dyslexia diagnosis, the 7-year-old started participating in McGehee's dyslexia intervention program.

During that year, Pugh and her husband went through a divorce, and she and the girls moved to Dumas where the process of getting them enrolled in a dyslexia intervention program started over again.

At Dumas, she started the process of trying to get Lucy, her younger daughter, tested for dyslexia.

"In my opinion, it was kind of like riding a merry-go-round," Pugh said. "We went round and round, and nothing ever changed."

Like her older sister, Lucy had to be tested privately, and once both girls had a diagnosis, they got 504 plans with the school.

A 504 plan allows students with a learning or a physical disability to have a written set of accommodations at their schools. Accommodations can include longer time on tests, oral tests in lieu of written tests and other arrangements specific to the student.

Even when they got the 504 plans, the girls were still struggling, especially with spelling.

"To me it's like waking up in a never-ending nightmare because when your child can't read, they can't do anything," Pugh said.

She said she found out that teachers were not properly administering oral tests, and started going to the school frequently for meetings.

"I felt like no one cared what was going on," she said.

She said she decided she had had enough when Mary Elizabeth was attacked in her classroom by a classmate.

Pugh then made the decision to take her daughters out of the public school system and transferred them to Concordia Christian Academy in Jonesboro. Since the girls started there, their reading skills have improved dramatically.

Pugh's struggle is not uncommon in Arkansas public schools. Parents from across the state are struggling to get schools to screen their children and to get 504 accommodations.

State Sen. Joyce Elliott, D-Little Rock, was a longtime teacher who wanted to do more for her students. She saw students in her English and speech classes who struggled, but had never received any training on how to detect dyslexia.

When she joined the state Senate in 2009, she saw her opportunity to do more. She heard from parents who, like Pugh, had children who were not learning to read and decided to start researching legislation. In 2013, lawmakers passed with minimal opposition the first version of the state's dyslexia education law.

The law requires screening for markers of dyslexia for all children in kindergarten through second grade. If a child in those grades transfers to a new school and has not been screened, he must be screened.

If children in grades three or higher have difficulty in phonological awareness, sound-symbol recognition, alphabet knowledge decoding skills, rapid naming skills or encoding skills, they must be screened for markers of dyslexia.

Any child who has "functional difficulties in the academic environment due to characteristics of dyslexia" must get a 504 plan and any accommodations they need.

The law also requires the Department of Education to make sure that every teacher receives training on characteristics of dyslexia and dyslexia intervention.

Elliott anticipated the law would be fully implemented by the 2014-15 school year, but school administrators told her that it wasn't clear enough, so she revised it. Even after reworking the law, Elliott said she hears from parents and advocates that many school districts are not implementing the law.

"Parents were so thrilled that the law had been passed, because these are parents who have been struggling for years and years and years," Elliott said. "A lot of that elation was short-lived when they realized the implementation was being sabotaged, basically, and some of that is still the case."

"It is disconcerting that it's not being enforced, not being implemented as it should," Elliott said. "Plus it means kids are losing and that's just unacceptable. It's very much unacceptable."

Education Committee members are already discussing enforcement legislation for the law to present at the next legislative session, Elliott said.

Right now, it is up to school administrators and school boards to enforce the law because the Department of Education does not have that authority, said board member Diane Zook.

Zook, who has spent much of her life teaching children with learning disabilities, said the law is helpful in making teachers more aware of the need, but that something should have been done already.

"I am somewhat frustrated that there was even a need for the law," Zook said.

Elliott said that initially the bill she wrote included funding for schools, but the fiscal impact statement had an $11 million price tag.

She decided to work with parents, teachers, school administrators and dyslexia experts to determine what law could be best carried out within the existing system so there would not be an additional cost.

The only cost ended up being the salary needed to hire a dyslexia expert for the Department of Education, Elliott said.

Elliott said she still hears from school administrators that the reason they are not implementing the law is because they need money to do so.

In response to these complaints, the state's education commissioner issued a memo last year that allows schools to use national school lunch categorical funding for dyslexia intervention.

Audie Alumbaugh flipped open her white legal pad, all business, ready to take on the next meeting's challenge.

Alumbaugh is one member of Arkansas Dyslexia Support Group, a nonprofit advocacy group founded in 2009 that helps parents get 504 plans and educational help for their dyslexic children.

She travels around the state, sometimes driving as many as 1,000 miles in a week. She attended 12 meetings last week, making notes and asking questions.

She said meetings go a lot more smoothly if an advocate is there.

Alumbaugh does this work because she wants children to get the help they need before they fall behind. She said that the existing system tends to wait for kids to fall behind to give them help.

"It's like you save a kid after they're laying on the bottom of the pool," she said.

She said she sees parents whose children have markers of dyslexia denied for 504 plans across the state, although the group is making some progress.

"We're filling in the pockets now," she said.

Initially, at two out of every 10 meetings that Alumbaugh went to, she saw children getting a 504 plan, and since she began her work, that ratio has increased, although she said there is still work to do.

More schools are identifying and treating dyslexic children, according to data from the Bureau of Legislative Research.

The total number of dyslexic students identified in Arkansas in the 2015-16 school year was 4,388, although 46 school districts or charter schools did not respond to the question.

This is about double the number identified in the 2014-15 year, when there were 2,166 students identified; 96 school districts or charter schools did not respond, according to the survey data from the bureau.

Approximately 20 percent of school-age children in the United States are dyslexic, according to data from Austin Learning Solutions, a learning-help business.

David Hanson, a University of Arkansas at Fayetteville professor, teaches an online program that educates people on dyslexia identification and intervention. His first class of students will graduate in December.

He has 50 students. He said that about 40 of those are teachers who are teaching, although some are in a private practice.

One of those students is Amy Shelly, who teaches kindergarten in Northwest Arkansas.

"I like to see how, when they come in, they can't read and they can't write, and when they leave, they're reading and they're writing," Shelly said. "You see huge growth in kindergarten."

Her 12-year-old son has dyslexia, and she said that he is closer to reading on grade level than he ever has been since Hanson started tutoring him.

Shelly said she wanted to catch kids who, like her son, have dyslexia earlier so they can start getting intervention if they need it.

Hanson said recognizing children's reading problems is critical to their future academic success. The chances of children catching up to their classmates if the problem is identified after second grade is 20 percent, as opposed to an 80 percent chance if they get help before the end of second grade.

"Ultimately it comes down to can you teach reading in a more in-depth, systematic way that is going to catch these kids sooner?" he said. "And if that's the case, then you're on the right track."

Print Headline: Parents struggle to get help for dyslexic kids