Kerry to focus on terrorism, Yemen this week 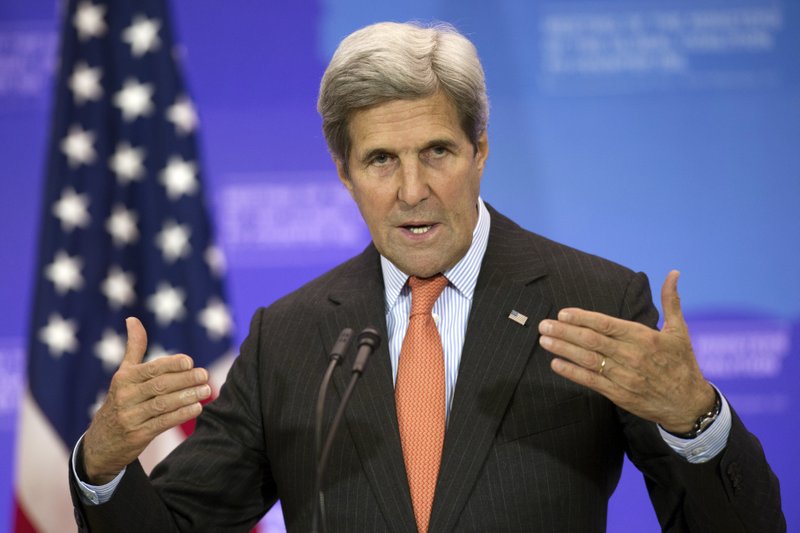 Secretary of State John Kerry speaks July 21 during a news conference at the conclusion of the Meeting of the Ministers of the Global Coalition to Counter ISIL at the State Department in Washington.

NAIROBI, Kenya -- Secretary of State John Kerry will be in Africa on Monday for talks in Kenya and Nigeria on countering terrorism before visiting Saudi Arabia to discuss the conflict in Yemen.

Kerry first meets with Kenyan President Uhuru Kenyatta on regional issues, including the upheaval in neighboring South Sudan and security in Somalia, where homegrown, al-Qaida-linked extremist group al-Shabab continues to launch deadly attacks in the capital.

On his last visit to the region in May 2015, Kerry became the first secretary of state to set foot in Somalia. His visit came two decades after dead U.S. soldiers were dragged through the streets of its capital, Mogadishu. It was a symbolic visit to show support for the Horn of Africa nation's fledgling government.

Somalia faces key parliamentary elections next month and a presidential election in October. The country has been trying to rebuild after establishing its first functioning central government since 1991.

Kerry on Tuesday and Wednesday will visit the cities of Sokoto and Abuja in Nigeria, Africa's most populous nation of about 160 million people and one of its largest economies.

He will meet with President Muhammadu Buhari on the oil-rich country's worsening economy and its efforts to fight corruption. Kerry also will meet with leaders from the country's largely Muslim north, where extremist group Boko Haram was formed several years ago and continues to carry out attacks.

Boko Haram appears to be snarled in a power struggle after a new leader was announced by the Islamic State militant group earlier this month and the longtime leader protested.

In a statement Friday, Human Rights Watch urged Kerry to again urge Kenya's president not to close the world's largest refugee camp, Dadaab, without stability in neighboring Somalia. Kenyatta has said Kenya will close Dadaab camp this year after a quarter-century, putting more than 300,000 Somali refugees in limbo.

The rights group also urged Kerry to press Kenya for more overhauls to police forces that have been accused of widespread abuses, and to press Nigeria to overhaul a military that also has been accused of rights violations, including killings.

Kerry then heads to Saudi Arabia on Wednesday and Thursday for discussions on the conflict in neighboring Yemen. The talks will include Saudi leaders, counterparts from Britain and in the regional Gulf Cooperation Council and the U.N. special envoy for Yemen.

A Saudi-led coalition has been fighting Shiite rebels in Yemen, and rights groups and U.N. agencies say more than 9,000 people have been killed since Saudi-led airstrikes began in March 2015. Aid group Doctors Without Borders on Thursday announced it is withdrawing from northern Yemen after "indiscriminate bombings." It has seen four of its sponsored facilities attacked in Yemen this year.

The conflict has also pushed the Arab world's poorest nation to the brink of famine.

Information for this article was contributed by Cara Anna of The Associated Press.

Print Headline: Kerry to focus on terrorism, Yemen this week