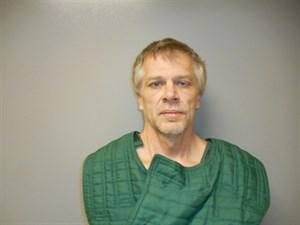 Bartelt, 48, is charged with five counts of aggravated assault and one count each of making a terroristic threat and terroristic threatening, after he held police at bay for about an hour near the Carl R. Reng Center on the ASU-Jonesboro campus before surrendering.

He did not fire his weapon, authorities said.

Dunlap said Bartelt told police when he called 911 before driving onto the campus that he had only one bullet and it was for himself.

"They went with an active-shooter alert," Dunlap said. "This was Brad Bartelt sitting in a truck threatening his own life. It was a cry for help, but he was treated like a terrorist."

Craighead County Deputy Prosecuting Attorney Grant DeProw said in his opening statement that Bartelt's actions shut down the university's campus and much of Jonesboro for more than an hour while police swarmed the area.

Bartelt also poured gasoline onto a propane tank in the back of his pickup while it was parked near the Reng student union center.

"[Police] believed he had made a bomb," DeProw said. "His intent may have been to kill himself, but police wondered if he would create an explosion that would take as many people as he could with him."

Attorneys seated six women and six men Monday to serve on the jury, along with two alternates, after calling only 18 prospective jurors during a hasty voir dire session.

Testimony will begin this morning in a trial that is expected to last through Wednesday.

Prosecutors said Bartelt was angry at ASU after he was injured in 2012 while enrolled in a commercial truck driving course at ASU-Newport. Bartelt was moving a barrel lodged underneath a tractor-trailer driven by another student when the truck moved forward and pinned Bartelt.

He was critically injured and spent 28 days in a Memphis hospital.

The injury led to 2 1/2 years of frustration, anger and depression, Dunlap said in his opening statement Monday.

Bartelt had to sue the university to receive medical assistance, the attorney said. He also was denied for Social Security benefits, and his wife left him.

DeProw said, "He was so fixated on the idea that ASU was the central wheel in a conspiracy to ruin his life."

On Dec. 9, 2015, Bartelt wrote on his Facebook page that he was "suicidal, and now homicidal." He gave ASU 24 hours to contact him for help.

When ASU did not call him, Bartelt responded, DeProw said.

"He decided to strike the belly of the beast," he said.

"He was very angry at ASU," DeProw said. "For an hour, he completely froze the ASU campus. There was tremendous panic and chaos."

Dunlap said that when Bartelt drove on to the grounds of the student union center, he told three students to leave, telling them he did not intend to hurt them.

Dunlap said an administrative assistant at the university police department issued the active-shooter alert that resulted in the lockdown of the campus and the summoning of scores of campus, city, county and state law officers.

"CNN interrupted its broadcast about ASU," Dunlap said, referring to the cable news channel. "The Memphis airport diverted airplanes around ASU and Jonesboro. It was on social media and parents began calling the university.

"It wasn't the fault of Brad Bartelt. They put out an incorrect alert."

"Sometimes it's not about the shots that are fired," he said Dec. 11, 2015. "It's about the shots not fired. We were able to end the situation without a single shot fired."

After opening statements Monday, Bartelt, wearing a blue polo shirt and navy dress slacks, gathered papers from the defense table and stood as he waited for a Craighead County deputy. He remained in the Craighead County jail in Jonesboro in lieu of $50,000 bond.

Bartelt said in a brief interview that he did not intend to hurt anyone but himself.

"I was ready to kill myself," he told the Arkansas Democrat-Gazette. "I was praying for my six grandchildren to be OK after I was gone. I was going to shoot myself after that prayer, but I couldn't remember the name of one of my granddaughters."

Later, after surrendering to police, he recalled her name.

Dunlap said Bartelt will testify in his defense.

Prosecuting Attorney Scott Ellington of Jonesboro said he expects to call several ASU-Jonesboro students and police officials as witnesses and he will show video taken from a university police officer's body camera while he talked with Bartelt in his truck.